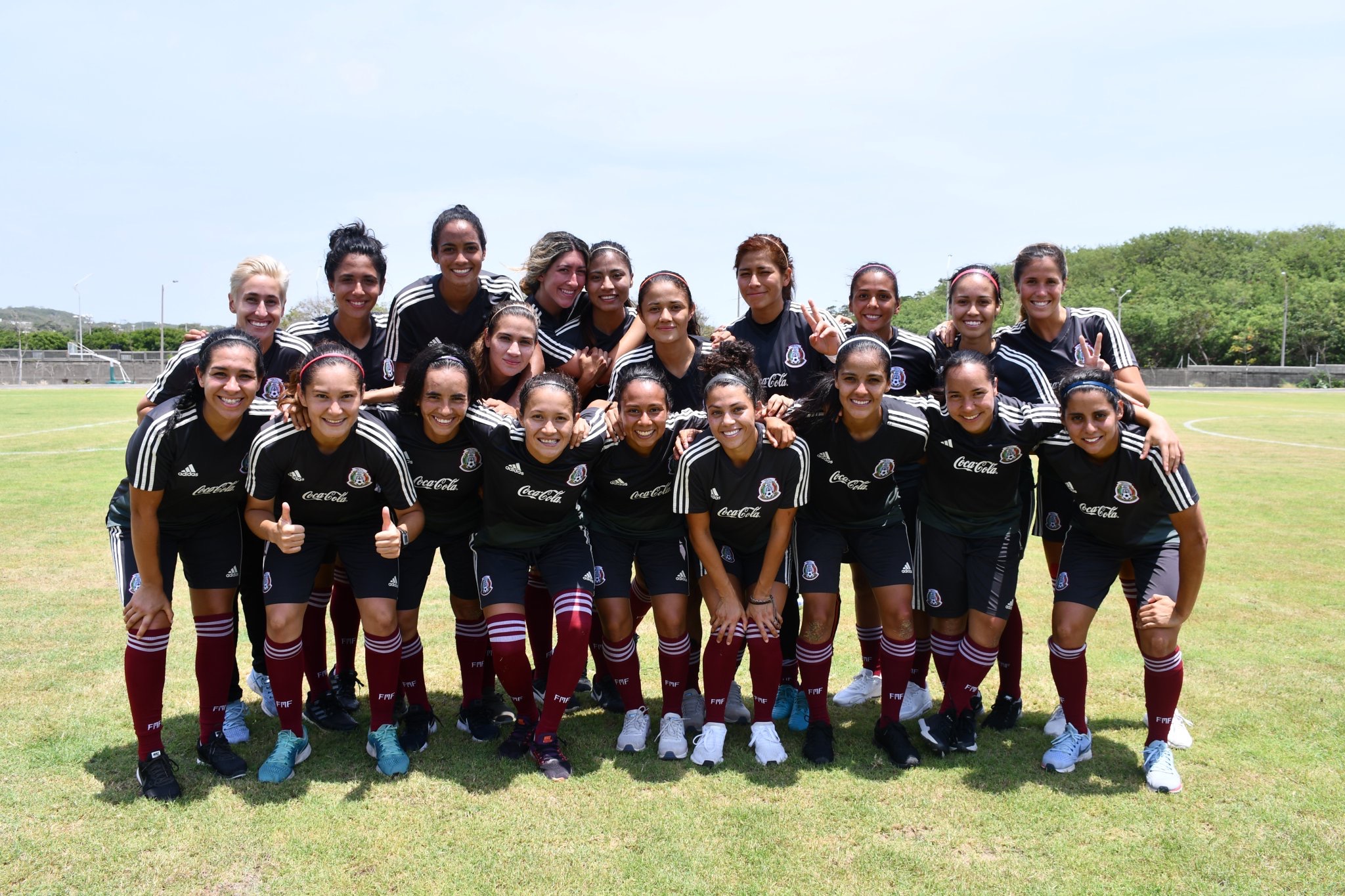 The Mexico Women’s National Team will take on Costa Rica in the final match of the women’s soccer division of the 2018 Central American and Caribbean Games on Monday. The team goes into the match undefeated so far this tournament with 15 goals in favor and only two goals against. Mexican players Monica Ocampo, Charlyn Corral and Nayeli Rangel spoke about the team’s close relationship and what to expect against Costa Rica.

Captain of the squad, Monica Ocampo, who currently has three goals in the tournament, gave credit to both the unity of the team and the growth of women’s soccer in general for the team’s success. “Everyone is a leader on this team,” she said. “We have grown these past few years and the creation of the Liga MX Feminil has allowed us to remain active [outside of the national team].”

The Liga MX Feminil is currently in its second season. Monica Ocampo currently plays for CF Pachuca –a team that also starts the season undefeated with two wins so far. “The league allows us to be training every single day and face-off in a match every couple of days. It’s allowed women’s soccer in Mexico to grow.”

Midfielder and Tigres Feminil player, Nayeli Rangel, also supported this claim stating, “The creation of the Liga MX Feminil has contributed to all of us being able to stay in rhythm—the way our teammates abroad have been able to do—and it creates for good competition.”

One of the players abroad at Levante Femenino and last season’s lead goalscorer for the Women’s League in Spain, Charlyn Corral, also stressed this unity among the team. “We’re a group of talented players who are both young and have lots of experience with our clubs and the national team so it creates a perfect combination. We have done well each game and above all, we respect what every player can contribute. We’ve played well and that’s what allowed us to get great results.”

Ocampo got a brace in the match against Trinidad and Tobago before limping off in crutches due to a hard hit to her instep. She missed the match against Nicaragua but returned for the semifinal against Venezuela and scored the team’s first goal in their 3-1 victory. The 31-year-old forward spoke on being one the veterans on the team and how winning gold in 2014 has allowed her to motivate her younger teammates.

“I always try to give my best and to share my experiences with my teammates with the goal that our nation’s sport grow and be recognized,” she stated. “There are plenty of players here that come into this tournament having worked together to win the gold in Veracruz. The Mexican women are seen as hardworking and our passion is displayed every time we step on the field. None of us want to lose and we are prepared to win the gold united.”

As for the match against Costa Rica, all three players are focused and prepared to face a tough team.

Ocampo: “They’re a great rival. They have a style very similar to ours and we should go out completely prepared to get a good result so we can take the Gold home.”

Corral: “Costa Rica is a much more dynamic opponent than Venezuela. It’s a team we face consistently in CONCACAF tournaments and it should be a tough battle because they’re also aiming for what we want—a gold medal.”

Rangel: “Costa Rica has a lot of mobility and they’ll come out strong from the very beginning. They’ll look to close up the space and make it uncomfortable for us. It should be an entertaining final with a great display of fútbol.”

The game is set to kick-off at 5:00 PM Pacific Standard Time.