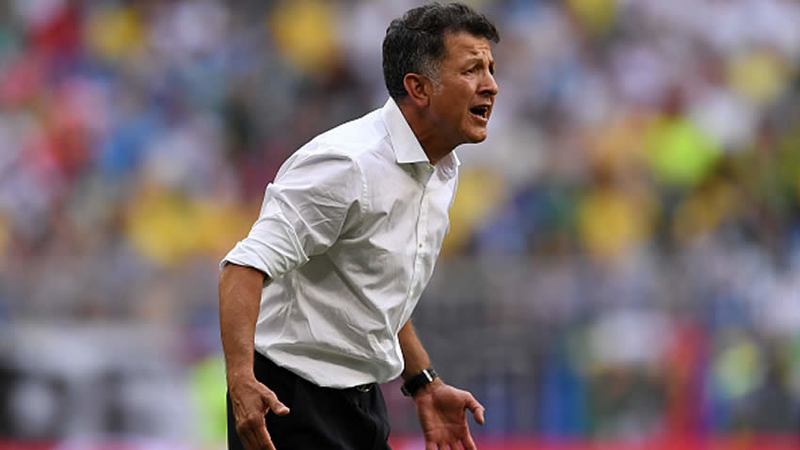 The Colombian strategist finished his contract at the end of the 2018 FIFA World Cup and had elected to pursue other options. However, according to ESPN Mexico, the process at which both sides came to their decisions required some time away from each other and with care on both sides.

In the statement, the FMF thanked Osorio for his time and dedication with the team, as well as the positive results he achieved–specifically noting the CONCACAF World Cup qualification points-scoring record. “”We appreciate the dedication, passion, commitment and affection with which he acted and prepared each of the games in which he was in charge of the National Team, in addition to his frankness and honesty in making his decision not to be considered a candidate for the following World Cup, ” it read (as transcribed by ESPN’s staff).

Osorio, in a statement, also thanked the supporters and players. “Serve this message to send my sincere thanks to the Mexican fans, the Mexican Soccer Federation, the employees of the High Performance Center and especially to ALL the players with whom I had the privilege of working and sharing during my stay as Technical Director of the National Team of Mexico, position that I carried out with commitment, passion and pride, ” he said.

Even before the decision had been made official, the FMF began its process for finding a new manager–caretaker or permanent. While Osorio’s decision was not yet official, according to Rene Tovar, the FMF started to think through some of the decisions that would have to be made. However, what that decision would be would not be known for at least several days. Among the Mexico-based managers who might be considered a candidate would be Matias Almeyda, but the FMF could simply wait to see what happens with foreign managers.

As for the now former El Tri manager, he has reportedly several managerial options with the United States and Colombia being two of them.

Mexico Beats Venezuela; Moves on To The Finals
Monica Ocampo: “Everyone is a leader on this team”
To Top