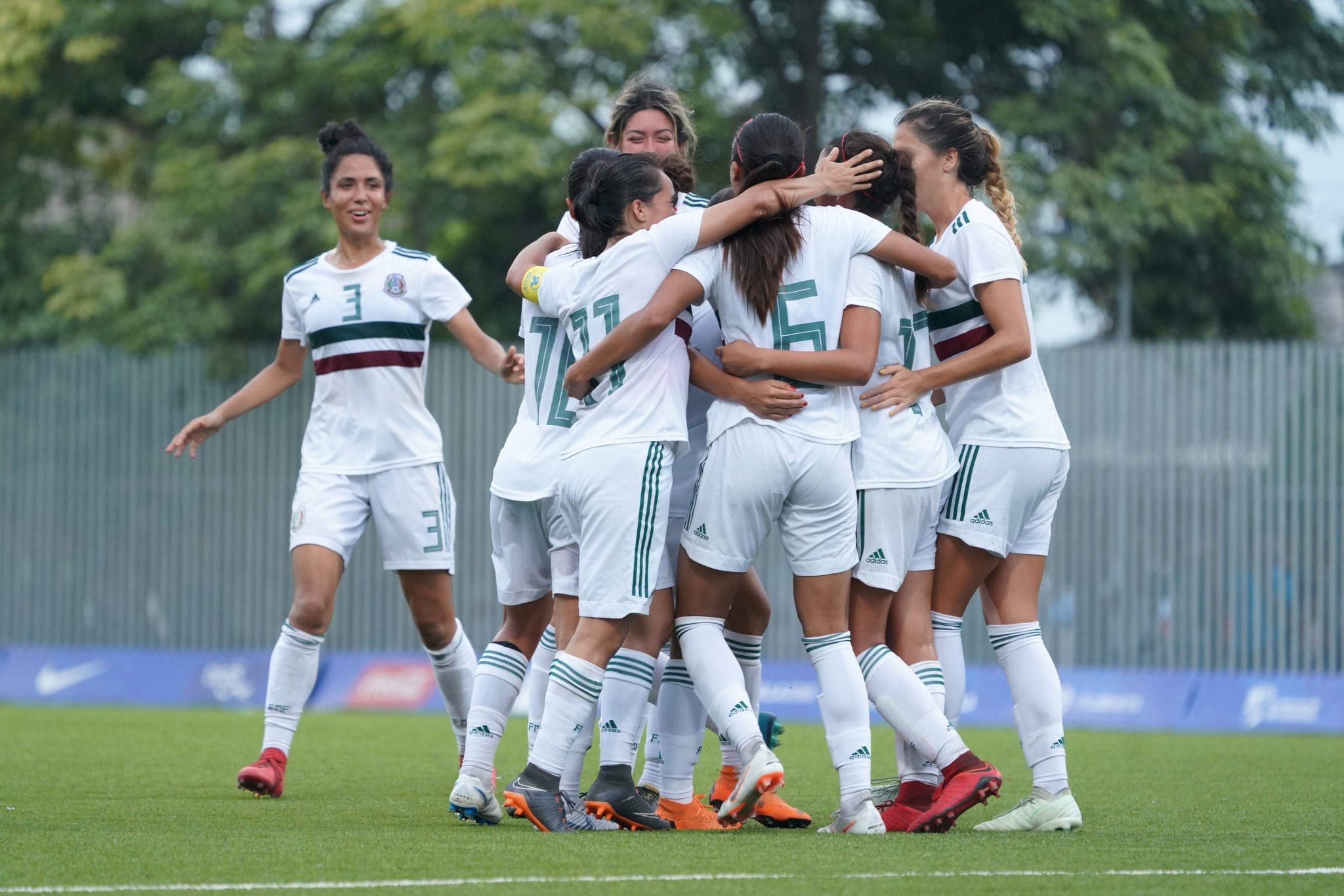 The Mexico Women’s National Soccer Team kept their undefeated streak going with a strong 3-1 win against Venezuela in the semifinals of the 2018 Central American and Caribbean Games, securing them a spot in the final to fight for the Gold.

The goal scoring came early on for Mexico, with a goal in the 24th minutes from Monica Ocampo who was starting for the first time with the squad after being injured in the inaugural match against Trinidad & Tobago. Venezuela would have a good chance in the first half with a strong shot from Paola Villamizar that hit the post and was rebounded by Deyna Castellanos but ultimately blocked by Mexican goalkeeper Cecilia Santiago.

But Villamizar would come back to redeem herself in the 53rd minute and level it up for Venezuela for a few minutes before Maria Sanchez scored the second goal for the Mexico (and her second of the tournament) to give El Tri the lead. Toluca player and El Tri midfielder Yamile Franco would score the third goal for Mexico in the 81st minute.

Maria Sanchez spoke after the match to give credit to head coach, Roberto Medina, on the team’s success. “The whole team is ready to play. [Roberto] has created a unity among the team that helps both on and off the field,” she stated. “We came in since day 1 working to win the Gold and we’re continuing on that journey.”

The coach himself expressed the same notion of unity between the players, even when there are substitutions that need to be made. “They [the subs] understand perfectly that even if it’s one minute or it’s ninety, they have to do their best. Today they entered well, focused and they gave us what is expected from them.”

The women’s team has had a strong tournament so far, winning every single match they’ve played including the technical victory over Haiti, who withdrew from the tournament in the group stage. Counting the three goals from that suspended match, the Aztecs go into the final with 15 goals in favor and two goals against. A positive light for Mexican soccer in this tournament, given the Men’s U21 team was eliminated in the group stage of their division with two losses and one tie. Still, according to Roberto Medina, true dominance won’t be complete until the Gold Medals have been earned.

“We are in the right direction of what we want but we have not won anything. We still all desire to do something more and to reaffirm what some of these players won four years ago,” he concluded.

Mexico will face Costa Rica in the final match on Monday, July 30th.

Mexico Beats Nicaragua 4-0; Moves on to Semifinals With Nine Points
OFFICIAL: FMF confirms that Juan Carlos Osorio will not return to Mexico
To Top