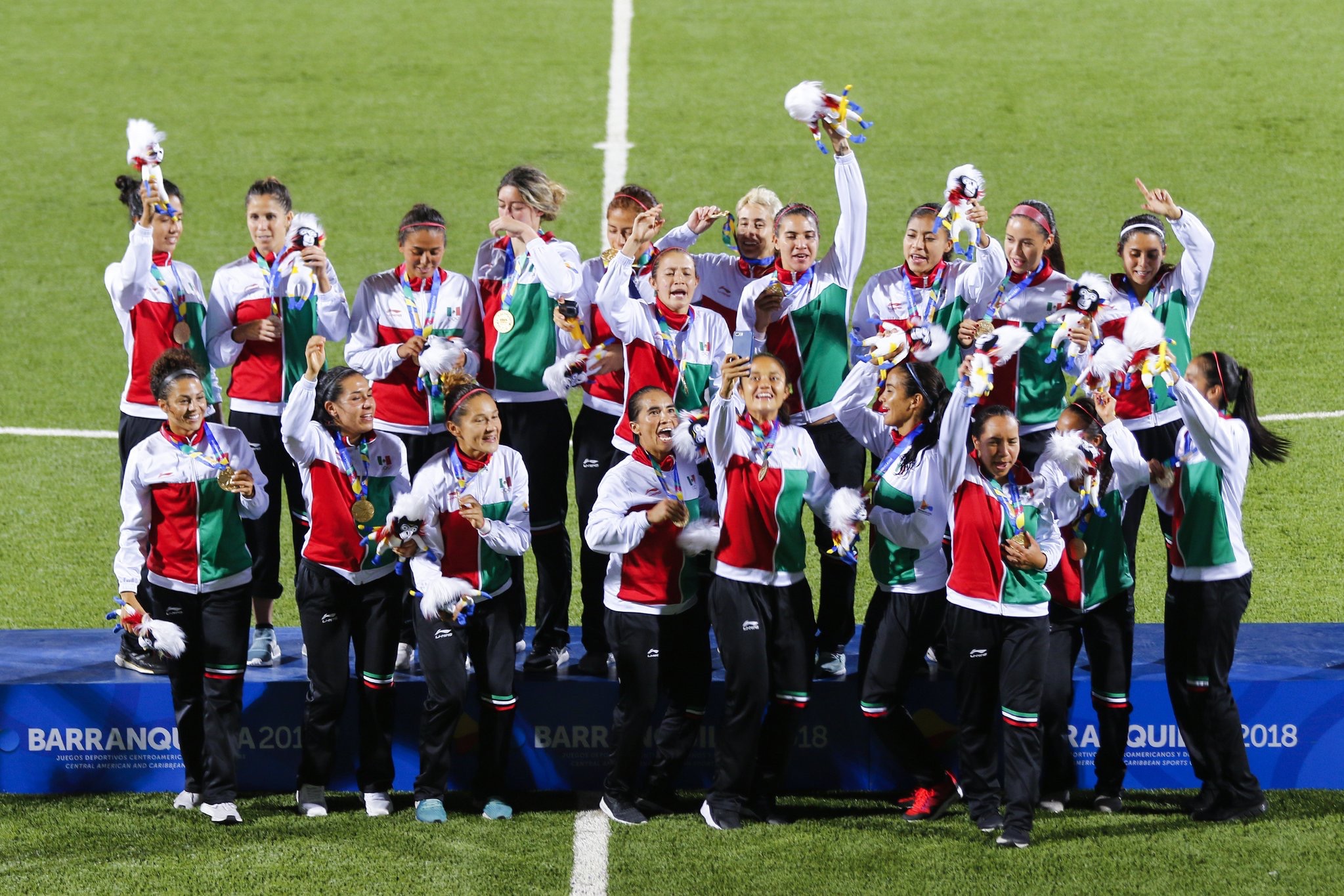 It was an exciting ending to an already strong journey as the Mexico Women’s National Team came back from a 1-0 deficit to beat Costa Rica 3-1 in the women’s soccer division final of the 2018 Central American and Caribbean Games and give the Aztecs their second goal medal in a row.

The match started strong but leveled, as both sides came out with an attacking mindset. Mexico had a good chance in the first ten minutes of the match but it was Costa Rica who would get a penalty kick in the 11th minute. Costa Rica’s Katherine Alvarado converted the penalty to get the 1-0 lead and despite Mexico’s best efforts, the first half would end with them trailing.

The second half began with Mexico coming out aggressive in the attack with the likes of Charlyn Corral, Kaitlyn Johnson and Monica Ocampo up top. El Tri’s unwillingness to back down led to a skillful chip shot outside the box from Charlyn Corral in the 59th minute that would go over the goalkeeper and level the game. Just one minute later, midfielder and Atletico Madrid player Kenti Robles would give Mexico the lead with a strong header. Then, just another minute later, Charlyn Corral would give a clear pass into the box to Kaitlyn Johnson who would shoot it pass the keep into the back of the net to give Mexico a commanding 3-1 lead.

Three goals in three minutes for the Mexican side would secure the lead against Costa Rica and win them the Gold Medal.

Head coach of the squad Roberto Medina spoke on the tournament-long sentiment of unity from both the young and veteran players.

“The truth is we wanted to achieve this title with players who had already experienced this [in the 2014 tournament in Veracruz] and with the mix of young players, we were able to progress little by little. I’m so happy to see my players reflect the kind of football I wanted, their aggressiveness on the field and the movement both when we were attacking and defending is what allowed us to take the game.”

After the match during an interview with Medio Tiempo, Kenti Robles brought light to women’s soccer in general, stating that after winning the gold in the tournament for the second time in the row, it was time for the media to start putting more focus on the Mexican women’s achievements.

“We want them to put more attention to us and for the magazines to put us on the front page because we deserve it,” she declared. “We just won a gold medal for Mexico.”

A desire for recognition is not a far-off request from Robles. The women’s team ends the tournament completely undefeated, having won every single one of their matches. They had 18 goals in favor (counting the withdrawal Haiti victory) and three goals against. Three of their players (Charlyn Corral, Monica Ocampo and Kaitlyn Johnson) all ended the tournament with three goals each.

The victory gives the team great confidence and a large amount of spotlight leading up to their qualifiers for the Women’s World Cup next year.

“It was our obligation to win this medal—that was always our objective. From today, it’s time to start preparing ourselves if we want to win a ticket to France in 2019. I’m so happy with what we accomplished. From the very first game, we proved we deserved to win. We hoped for this medal and now we have it,” she stated.

Monica Ocampo: “Everyone is a leader on this team”
REPORT: ‘Tuca’ Ferretti expected to manage Mexico for September and October friendlies
To Top