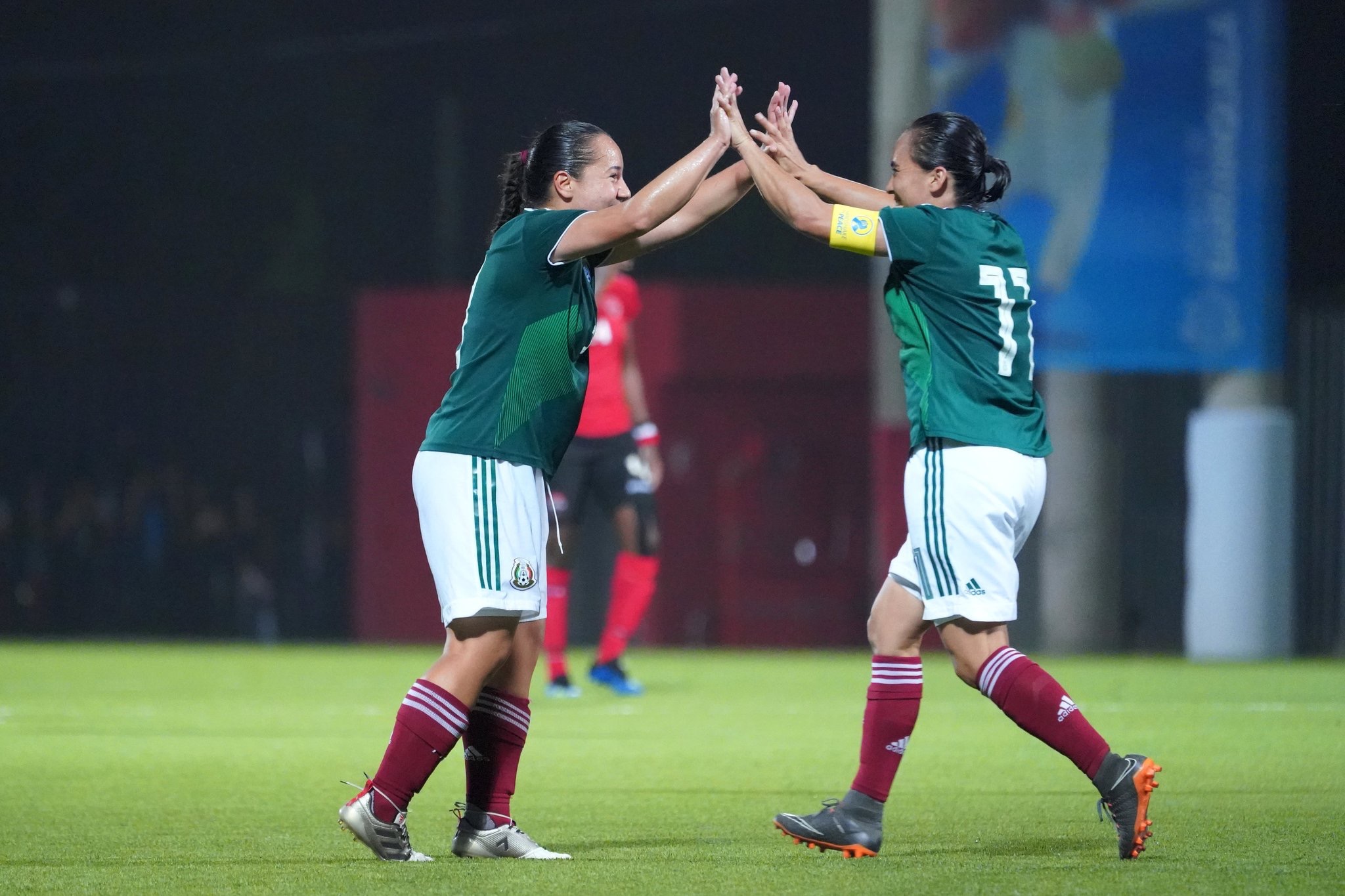 The Mexico Women’s National Team started their participation in the 2018 Central American and Caribbean Games on a high note with a strong 5-1 victory over Trinidad and Tobago.

The goal scoring started early with Monica Ocampo in the first 30 minutes of play but wouldn’t pick up until the second half when Ocampo secured her brace with a second goal in the 53rd minute followed by a goal from Charlyn Corral right after in the 54th minute.

Trinidad and Tobago would get a goal of their own but goals from Katie Johnson and Atletico Madrid Feminil player Kenti Robles would all but secure Mexico’s win.

In the post-game press conference, head coach Roberto Medina gave praise to the team. “It’s always important to start winning from the beginning and without a doubt, to take what we have been practicing and apply it on the field,” he stated. “What these ladies have done tonight reflects our style of play. I’m so happy and proud of my players.”

Medina also gave an update on Monica Ocampo who was subbed off later in the match after taking a hard fall.

“Our doctor will take some x-rays. It appears to have been a strong blow to the left side instep but we’ll know more later on today or tomorrow and figure out what’s the best way to treat her.”

Mexican striker and Levante Femenino player Charlyn Corral also spoke during the press conference about the team’s performance against T&T.

“We’ve played them before and it’s never easy facing them. I think what worked well today was our patience. We never got desperate and knew the goals were going to come,” she stated.

She also mentioned the relationship that the team has between the younger and the older players. “It’s a young team but when you have players like Monica Ocampo and other veterans who have tons of experience and make such a difference, this becomes our strength.”

The Central American and Caribbean Games are an international event consisting of 37 nations participating in over 470 events with over 20 sports including soccer, fencing, field hockey and basketball among others. This year the event is hosted in Barranquilla, Colombia.

The team will face up against Haiti for their second match of the Group Stage on Sunday, July 22nd.

Miguel Herrera on El Tri: “Closer and Closer to the ‘Quinto Partido'”
Mexico Gains Three Points After Haiti Withdraws From Games
To Top