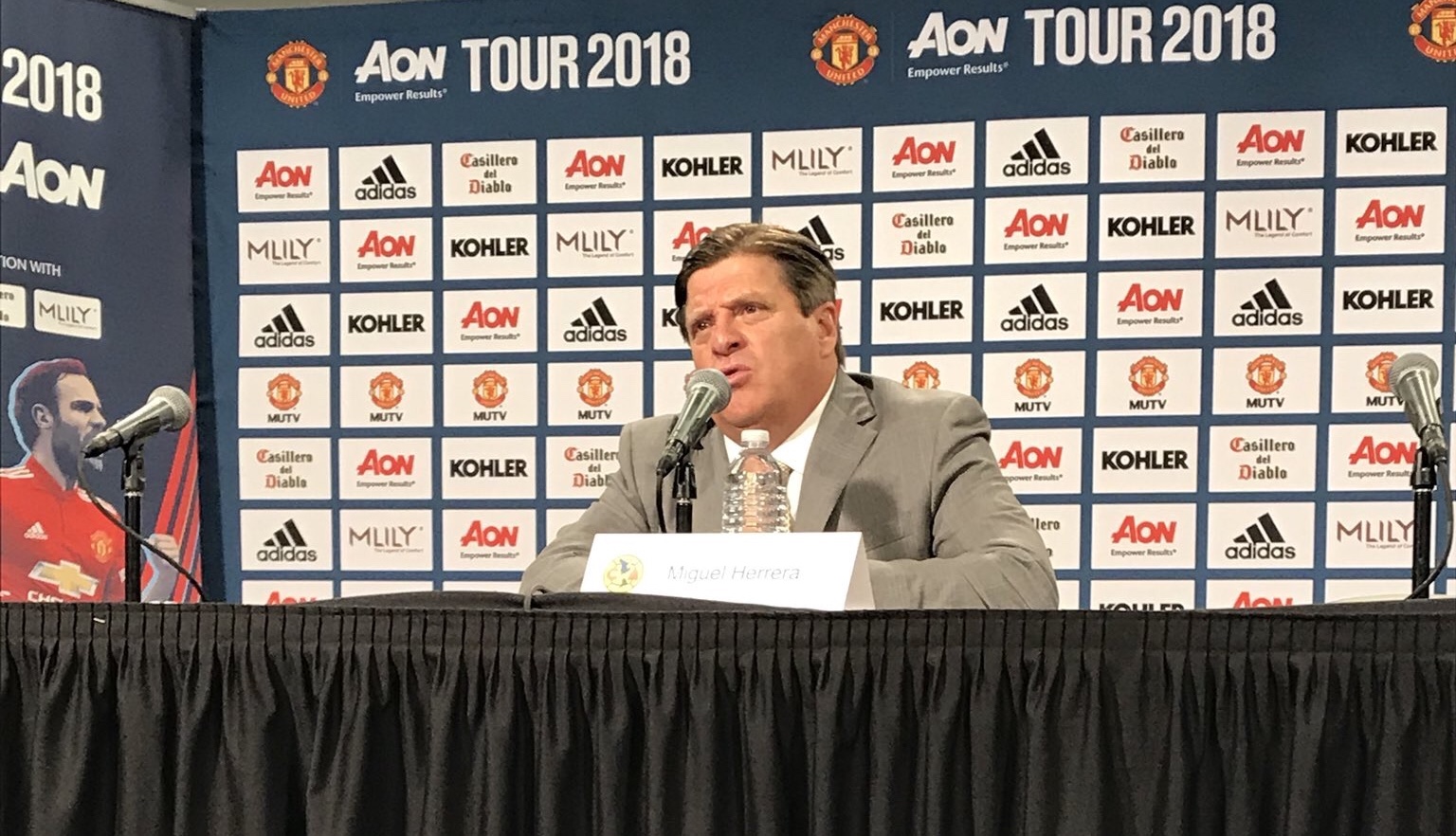 Club America manager and former national team head coach Miguel Herrera gave his thoughts on the current state of the national team and its managerial future while in Phoenix on Thursday during a press conference following Club America’s 1-1 draw in a friendly against Manchester United.

“Profe did a great job—there’s some that might’ve not agreed with him but he did a great job. Ultimately, it’s up to him whether or not he continues and accepts what the federation has to offer him.”

Goal.com reported that Juan Carlos Osorio turned down the contract extension after being with the national team for three years but has yet to accept another position. When asked about which steps the federation should take following Osorio’s departure to continue to improve the team, Herrera assured that the progress has already started.

Herrera became interim head coach for the Mexican Men’s National Soccer team back in October 2013 following Victor Vucetich’s removal and became the fourth coach to be appointed to the national team in the span of a month after a very shaky hexagonal round of World Cup qualifiers. He led the team to a 9-3 aggregate victory against New Zealand and secured their spot in the 2014 World Cup.

He was removed from the position in 2015 after allegedly physically assaulting TV Azteca announcer Christian Martinoli just days following the team’s 3-1 victory against Jamaica in the Gold Cup final.

Herrera has been vocal about his desires to return to the national team in the past following his removal but when asked about a possible return on Thursday, Herrera stated he is focused on his club.

“I’m very happy here with America and the work we are doing here. I’m not thinking of anything else that doesn’t involve America at this moment.”

Club America starts their Apertura 2018 season for the Liga MX on Sunday, July 22nd against Nexaca.