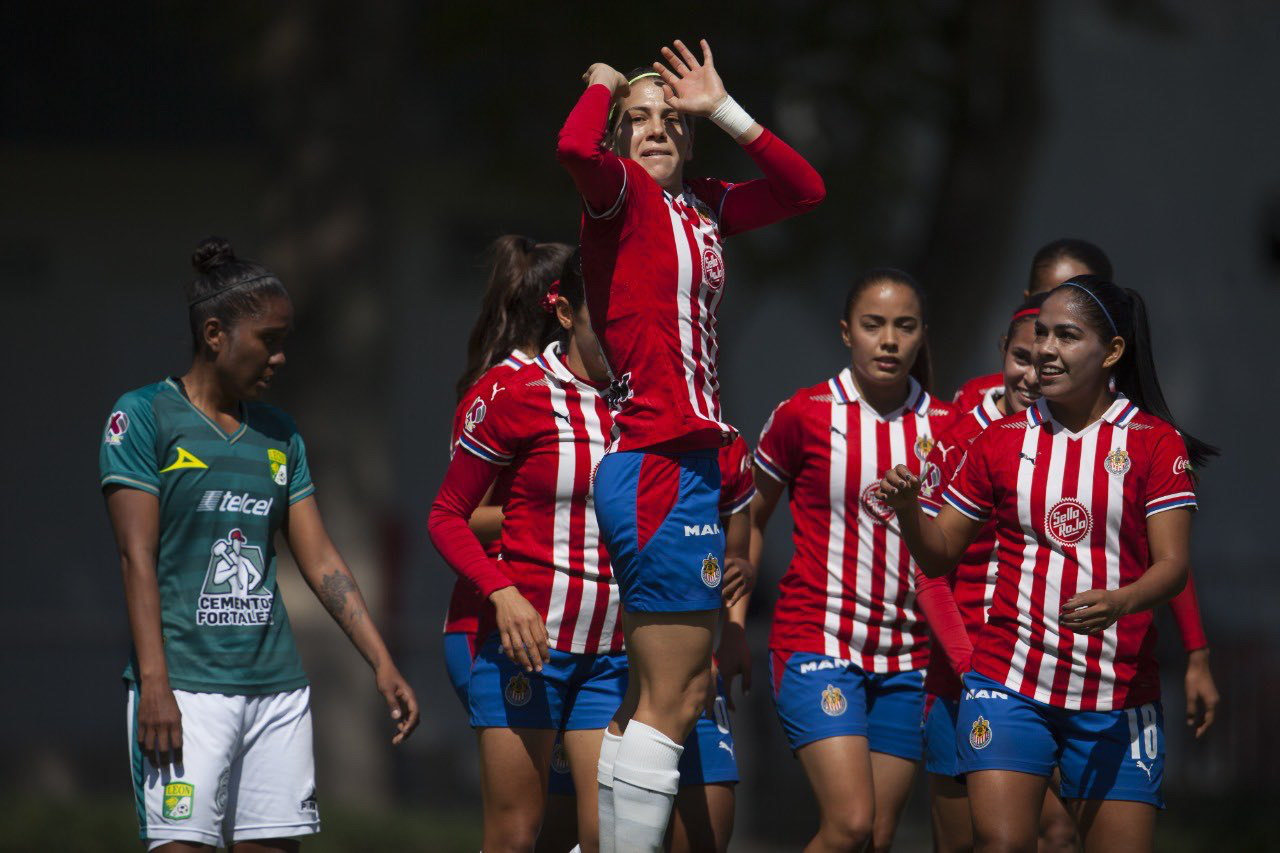 After a beautifully entertaining international break with the Femenil senior squad, we returned to Liga MX Femenil action this past weekend. Normally, I break down three major things that happened in that jornada – a team playing well, an aspect of a match or a general point that’s worth acknowledging. This week, I’m doing something different and instead going to focus on three key people that have made themselves quite known in these first eight weeks. Here are my three characters of jornada 8.

Licha Cervantes. She’s an icon. She’s a legend. And she is the moment. Viral quotes aside, what 27-year-old Alicia Cervantes has embarked on to get to where she is now needs to be commended. Leaving her original club, Atlas, because they refused to pay her more, then heading to Rayadas and being part of the club’s historic first championship. Then moving to Chivas where she had an amazing debut season with 13 goals. She’s always been a talented player. But this season feels incredibly special. After what was a quite dramatic preseason, that even saw rumors flying around involving Licha’s own expected departure, she stayed and has been at the forefront of the team’s success. She’s scored seven goals in eight games, all of which she has started in. She recently got called up to Monica Vergara’s national team friendlies where she subbed on in both matches and even had a few chances at goal.

And that’s what’s made Cervantes so entertaining to watch. The risks she’s willing to take, on and off the field. She has grown to command the space with and without the ball and experiments with her technical abilities any chance she gets. She is one goal away from breaking Norma Palafox’s goal-scoring record with the club in just 25 matches (Norma did it in 87 matches). But it’s not just her ability to score. If Sunday confirmed Licha Cervantes’ status as a goal-scorer, it also elevated her to the level of club legend with her assist to Annette Vazquez. After opening up space for herself to make the run with a simple tap of the ball, she found herself inside the box and instead of taking the shot, quickly lifts her head to provide Vazquez a simple tap-in. A leader in her own right.

Alison Gonzalez. It might seem predictable at this point but it’s almost impossible not to talk about the league’s leading goal scorer. Averaging a goal every 65 minutes, Alison Gonzalez makes up 11 of Atlas Femenil’s 16 converted goals, almost 70% of all the goals. It’s not a hyperbole to say Alison Gonzalez is the reason Atlas Femenil remains the only undefeated team in the league after eight weeks. Her performance against Mazatlán single-handedly kept their streak alive. She is still very young and bound to have those crushing Liguilla-eliminating moments, but she grows more intelligent with her opportunities with every match she plays. These last few weeks will be about closing out strong but if anyone is up to the challenge, it’s AliGol.

Hector Becerra. Not a player, I know. I also know Rayadas currently sits in fifth place with the best offensive record of 23 goals in favor and only nine conceded. Monterrey will also very likely make it to the Liguilla. But will they have a strong showing? For all the worrying discourse America Femenil has gotten this season, there were never incredibly high expectations for them. But for Monterrey, being the subcampeon and a prestigious part of the Regia hype train that separates you from the rest of the league, people will be watching. The loss against Pumas was understandable and the one against Juarez felt a bit weird in its own high-scoring way but could just be seen as a rare case of league insanity. However, this latest loss against Pachuca felt more like a habitual inconsistency taking shape. Annia Mejia follows Viri Salazar throughout that run leading up to the goal without ever really following through on a challenge. Aylin Avilez, who currently sits in fourth in the goalscoring race, wasn’t subbed in until the 77th minute of the match. Yamile Franco still lacks proper playing time. Nicole Perez doesn’t seem to shine in the same way she did with Chivas. The system feels off and while a Liguilla elimination might be a refreshing outcome for those hungry for a non-Regio final, it could be mean the beginning of the end for Becerra.