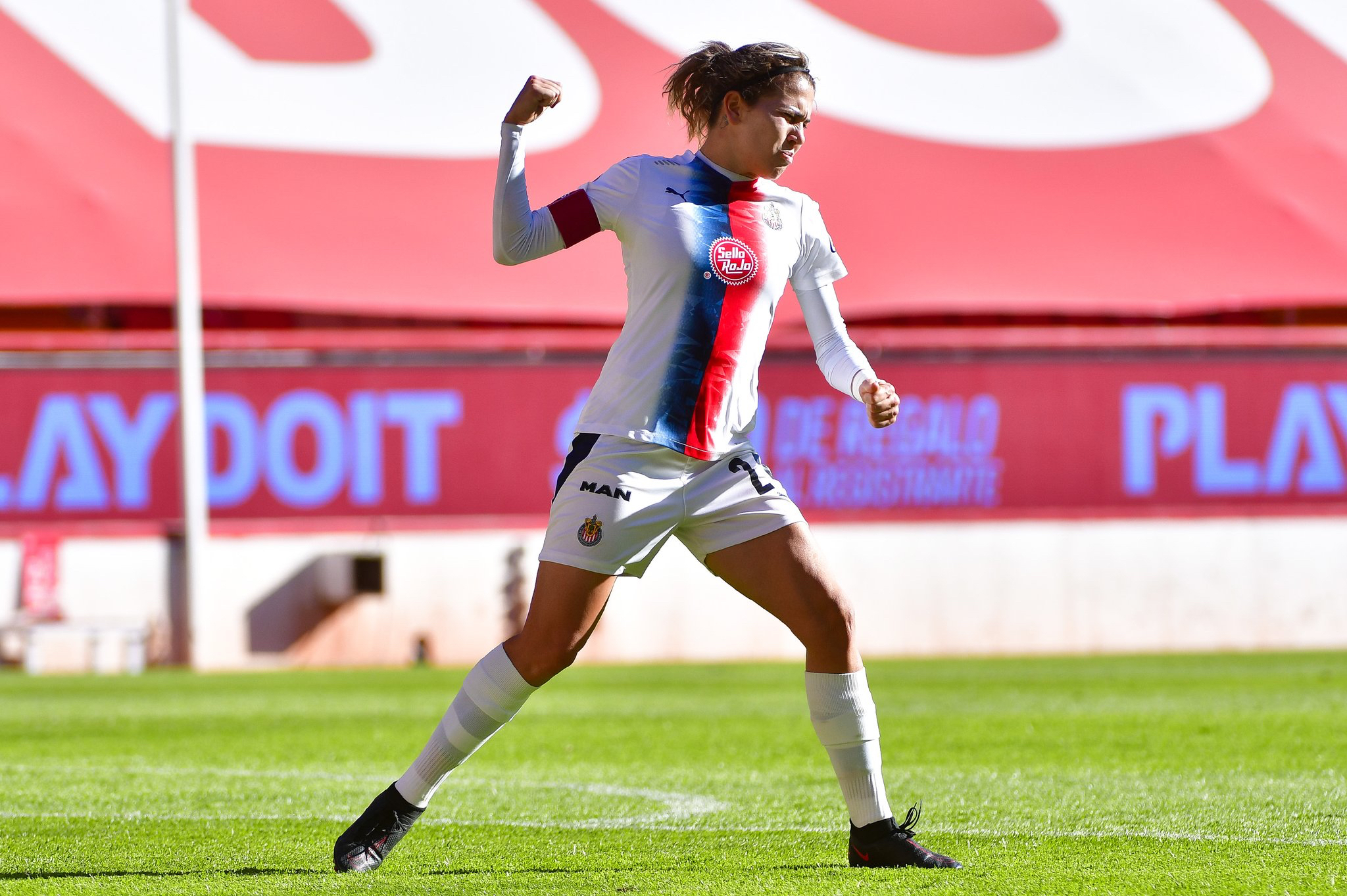 A jam-packed four jornadas officially end with Week 7 and before we head off to international break (there’s actually Femenil action for our national team!), we couldn’t bid adieu to one of our favorite leagues without some memorable moments. Here are my three takeaways from jornada 7.

Chivas staying sharp despite continuous doubts. Ideally, a full-blown dominant performance against Necaxa would’ve made a stronger statement but even having higher expectations for a team who so many counted out before the season even started proves Chivas is doing something right. One of the correct moves they made during the preseason was making sure Licha Cervantes stayed and as their number 24 celebrated her opening goal in the match this past Friday, one could tell she’s determined to shut out the doubts as well. It isn’t just Licha either. Isabell Gutierrez, at only 16-years-old, has already begun to make her name for herself. Two goals this season, including the cheeky golazo she scored this past weekend should surely continue to increase her confidence. Chivas as a whole also seems to be doing better under Chore Mejia’s direction his sophomore year, having already fulfilled their mandatory youth minutes for the season. With the international break and these next two matches, Chivas should be in good form heading into their first Clasico showdown later on in March and hopefully, continue to prove doubters wrong.

Isabella Gutierrez catches Necaxa’s goalie off her line and scores a golazo. 🔥 @Chivas_FEng

Strong statement from Tigres. Tigres is still the undisputed champion but the show they put on against Leon Femenil reminded many followers of the league why they specifically hold that title. It’s been an unbalanced start of the season by their standards, with injuries seeming to take their toll more this season than the last. They currently sit in third because of their upsetting loss against Atlas in Week 2 but with Katty Martinez’s brace, Stefany Mayor’s form appearing unstoppable, Maria Sanchez finally getting in on the goalscoring and Belen Cruz back in the mix, the Tiger might be ready to pounce now.

Quinielas were broken and that’s a good thing. Maybe not for my points tally but the parity continues to ring true and that’s a positive. I don’t think even last year one could have expected Juarez beating Rayadas or Pumas beating Pachuca. Still, the competition continues to build, and every team is on their toes ready, attempting to be prepared for what’s to come. Even for a title-winning team like America, who has lacked any real danger points this season, the win against a fan-favorite Queretaro was a shocker. It’s only week 7 but these surprising results should hopefully continue for the rest of the season, allowing us to have a refreshing Liguilla in a few months.

BONUS) Enjoy the national team friendlies during this international break! I’m genuinely excited for us to se some of our favorite players represent the national team. My preview will be up soon.