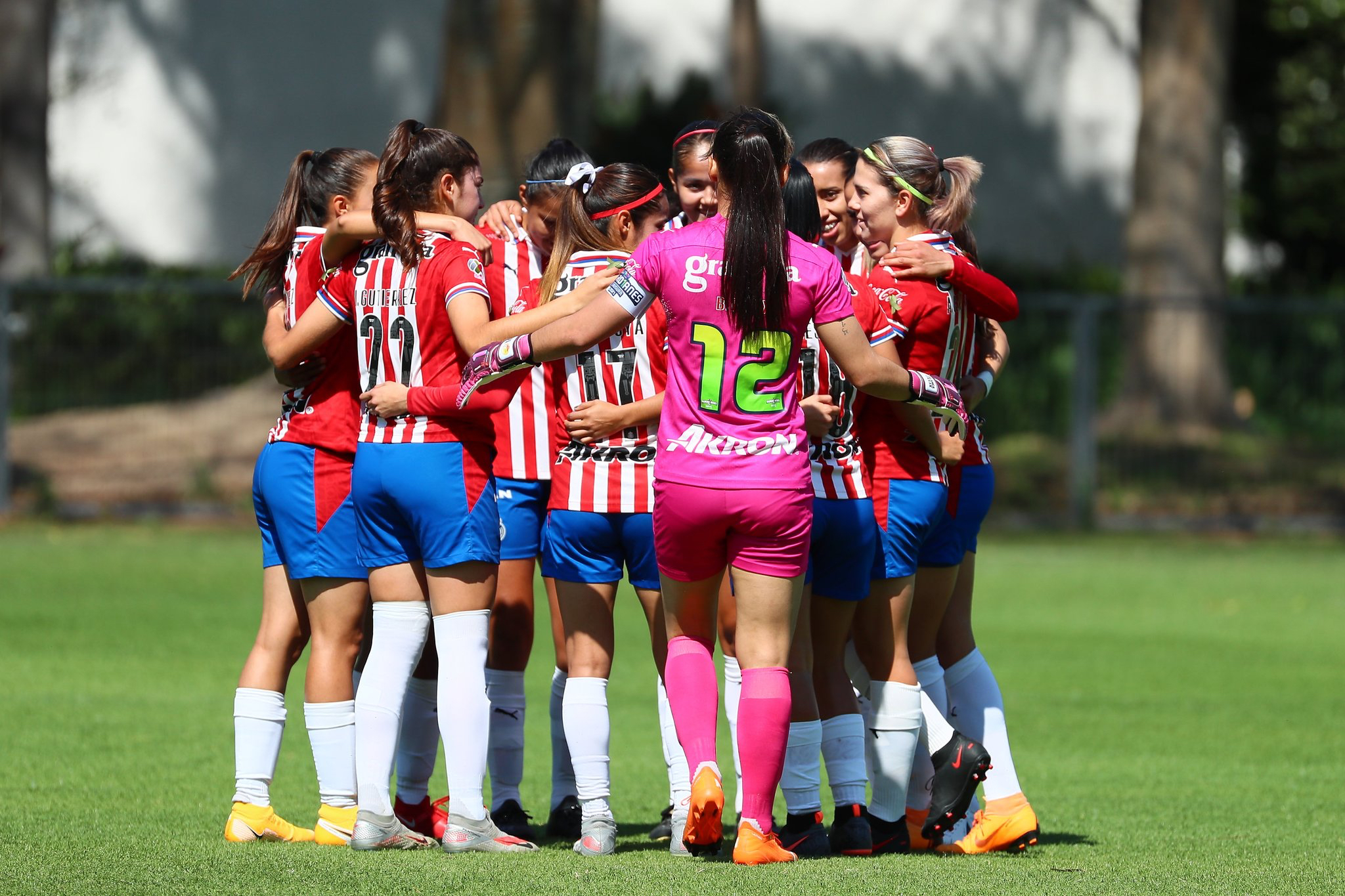 At the end of last season, I wrote about what we could expect to see from Chivas during the 2021 Clausura season. Let’s see how it has held up:

1. “(Sporting Director Nelly) Simón has mentioned this is a short transfer window, and with most contracts expiring until May, they’re only expecting 2-3 signings. These will most likely be players from within the league.”

The signings ended up being either league players or players with no previous professional experience. Karol Bernal arrived from Rayadas, in a trade for Andrea Sánchez, after she was listed as transferable. Gabriela Valenzuela arrived from amateur side Amadas FC, and Cinthya Rodríguez joined the team from the youth squad. None of them have had any particular impact so far, but they’re all also quite young (Valenzuela, the eldest of the bunch, is only 21), so it will be a matter of time to see how they adapt.

2. “There will be more room from bench players or youth prospects to get a chance. Best-case scenario? Some of them will thrive and earn themselves a starting spot. Worst-case? The development process of some of them will be rushed, leading to subpar performance.”

With eight matches played, it seems like Chivas are firmly in the best case scenario. Youth players have responded quite well, with Celeste Espino delivering confident performances as goalkeeper after usual starter Blanca Félix tested positive for COVID earlier this season. Isabella Gutiérrez has firmly earned her starting spot at 16-years-old with some standout performances, and even Anette Vázquez has managed to score despite a lack of consistency. Chivas has also debuted three players: Dayana Madrigal, Cinthya Rodriguez, and Gabriela Valenzuela, completing their mandatory youth minutes just seven games in. Veterans like Damaris Godínez and Susan Bejarano have been able to hold their own, while Miriam García and Jaqueline Rodríguez have sustained the excellent form they displayed last season.

3. “Veteran players will need to step into much bigger leadership roles, which may increase pressure on them.”

Miriam García and Coach Edgar Mejía have both mentioned this is a team skewing on the younger side, with García stressing the importance of the more experienced players to guide their younger colleagues. For the most part, this has seemed to be the case, with the glaring exception being Carolina Jaramillo’s red card and two-match suspension after letting her temper get the best of her against Querétaro. The subsequent media and fan scrutiny perfectly displayed the added pressure of playing at a club like Chivas (Jaramillo was also wearing the captain armband on that match), with Mejia being quick to disapprove Jaramillo’s actions. There were likely some conversations within the team on the subject, and they’ll probably take it as a learning moment.

4. “If on-the-pitch signings are scarce, Chivas would do well to look into coaching staff that can help on specific areas.”

This ended up not happening, but it should be noted that physical trainer Mario Domínguez’s contributions are becoming a great asset for the team. During the León match, Licha Cervantes outran defenders with seemingly no effort, and even after three-match weeks, the team seems fit and has not had any major injuries yet.

5. “It seems like the continuity of Simón’s tenure will now hinge on them pulling off something like Querétaro just did this season — qualifying with a roster that will be more limited than that of the contenders, and make it through at least the quarterfinals with careful coaching, a ton of grit, and maybe even a pinch of luck. While Coach Mejía has the potential to do this, the main question is if he’ll be able to instill the sense of unity and purpose Carla Rossi did to her team after recent events. It’s a risky gambit, but it’s the only card left to play that does not require a change of sporting director and/or coach. And it largely depends on their capacity to mend the relationship with the players.”

Chivas currently sit in 3rd place, with six wins, one draw, and one loss (to Pachuca). True, they haven’t faced most of the strongest teams yet, but in a season that has had its share of surprise results, being able to effectively capitalize on the “easier” parts of the calendar is always good news. They also boast the second best offense and the third best defense.

How has a team that dropped 11 players, and who was widely heralded as the prime candidate for “disappointment of the season” been able to defy expectations?

First, the departures may have ended up being a blessing in disguise. Chivas were spectacular last season, delivering bulky wins, with the combination of Alicia “Licha” Cervantes and María Sánchez being one of the deadliest in the league. Losing Sánchez, as well as Nicole Pérez, Norma Palafox, and Andrea Sánchez, who were all starters or had consistent minutes and quality, seemed to be a death blow. However, this ended up opening space for Joseline Montoya and Alicia Cervantes to develop even more facets of their game.

Cervantes keeps proving on each match how good she is without the ball and at creating chances for others, and Montoya has also followed with better defensive and creative capabilities of her own. Isabella Gutiérrez is showing incredible promise, and should be involved in any conversation around u-20 Mexican talents. When faced with the loss of the “pass to Sánchez, cross to Cervantes, then score” play that was a staple last season, players have responded by displaying fuller range and their ability to switch positions to break up rival defenses, which takes us to the next point:

Secondly, Edgar Mejía keeps growing as a coach. Mejía has been keen to find ways to better optimize the roster, with the new set up (a 4-2-3-1 with variations during the game, instead of sticking to the previous 4-3-3), and enabling different ways to face matches.

“I decided to change the system since the first day of preseason,” Mejia stated recently in an interview with Milenio. I told players: ‘Starting today the system will change. Everything will change, so don’t be caught off-guard by that. It’s not easy because for some of them it’s the same, but there are 3-4 positions that have different functions and zones, it works differently, there have to be other types of associations, passes, completely different kinds of partnerships.”

He also quickly realized that despite her youth, Isabella Gutiérrez was the central attacking midfielder the team needed, and has given her the starting spot without hesitation. Switching the attacking quartet of Cervantes, Montoya, Vázquez and Gutiérrez on different sides has delivered great results so far. Having a fully assimilated system will also be a huge aid when facing tougher opponents. If anything, the biggest takeaway from his coaching this season has been how little absences have been felt, both from those leaving during preseason and from players unavailable due to injury/covid/suspensions. The fact that everyone has been able to deliver also relieves the pressure to rush anyone back in before they’re fully fit.

And finally, the team seems to be in a great place mentally. The proof is in the pudding. Star striker Alicia Cervantes has mentioned working with a sports psychologist since last season, and the team is constantly seen communicating during matches whether during a break, among themselves, with everyone gathering around the coaching staff whenever possible, or from the bench.

Cervantes and Miriam García were also both called up to national team training camp for the first time, with Cervantes having her debut against Costa Rica while Carolina Jaramillo saw a return to training with them. The team also provided five U20 national team players to the recently training camp under Maribel Dominguez. Seeing the work pay off must be a huge mental boost not just to those called up, but for the whole team.

As Mejía mentioned after their most recent match against León: “When a player is privileged to be called to the national team, the least she can do is come back to her club and show why. This gets passed on to the rest of the players, as it becomes their duty to give an extra effort.”

The team’s mindset was perfectly summarized on one play during that León match. Despite having the chance to try and secure another goal for herself that would keep propelling her to team history and the golden boot race, Alicia Cervantes decided to pass to Anette Vázquez, who was in a better position to finish the play.

“My takeaway is a very powerful message; that speaks to the camaraderie [there is]”, Mejía stated as he reflected on that play during his press conference, and he’s right. Selfless commitment to the team and to what’s best for the collective result has been the force sustaining Chivas this season, and they’ll need to keep feeding off that for the second, and most decisive, part of it.