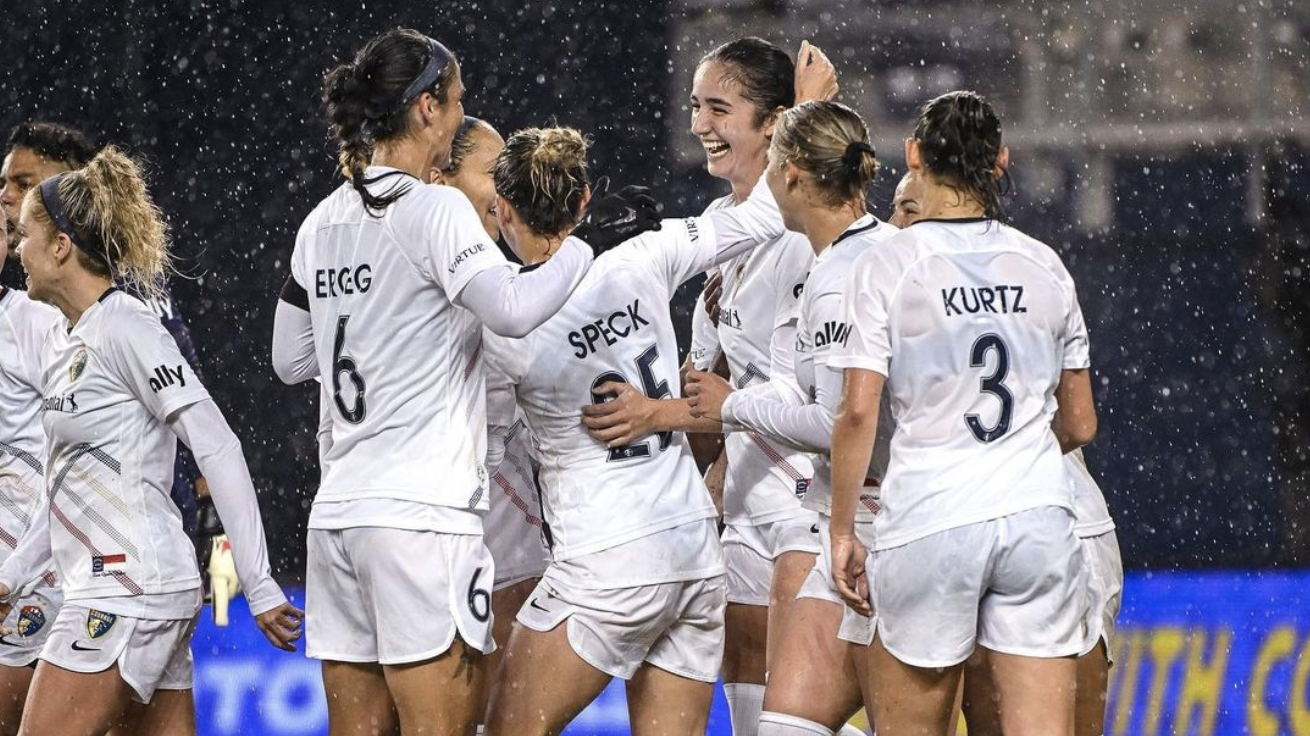 It’s been a busy couple of weeks, especially in the NWSL where most teams have been playing multiple games per week since the start of the regular season. This has allowed for plenty of squad rotation, allowing some players to get meaningful minutes despite raising the possibility of more injuries. Thankfully, the Mexicanas Abroad have all been getting minutes (except for Sabrina Flores, who is still injured) and haven’t been bogged down with fatigue or injury. This will hopefully be beneficial for the players who are headed to Monterrey for the Concacaf W Championship in July.

Zoe Tapia was subbed out in the second half for Verónica Araya and Karina Santana played all 90 minutes as Suva Sports lost 4-0 to Pococí on Sunday, May 29th. Suva also lost 4-0 to Herediano on June 1st. Suva sit in last place on the table with just three points in fourteen games, but they’re only two points behind seventh place Pérez Zeledon. Their next match is hosting Alajuelense on Thursday, June 30th.

Jimena López was an unused sub in OL Reign’s 1-0 win over the Kansas City Current on Wednesday, May 25th.

Karina Rodríguez was an unused sub in the Washington Spirit’s 2-2 draw at the Orlando Pride on Friday, May 27th.

Jimena López played all 90 minutes and completed 27 of 39 passes in OL Reign’s 1-0 win over the San Diego Wave on Sunday, May 29th. Katie Johnson was not on the game day roster for the Wave.

María Sánchez was subbed out in the 83rd minute for Emily Ogle and Diana Ordóñez was also subbed out in the 83rd minute for Rylee Baisden as the Houston Dash and North Carolina Courage played to a 1-1 draw on Sunday, May 29th. Sánchez contributed four shots with one on target and completed 15 of 22 passes while Ordóñez completed 11 of 15 passes and scored her first NWSL goal in the 24th minute.

📼 A point a piece in H-Town 📼 #HOUvNC presented by @Nationwide pic.twitter.com/BSV5c7bQZo

Sabrina Flores was not on the game day roster as NJ/NY Gotham FC beat Angel City FC 1-0 on Sunday, May 29th.

📼 1 goal, lots of saves and all 3 points 📼 #LAvNJNY presented by @Nationwide pic.twitter.com/bPVlnTJmu5

Karina Rodríguez was subbed off in stoppage time for Tinaya Alexander in the Washington Spirit’s 1-1 draw with the Chicago Red Stars on Wednesday, June 1st. Rodríguez completed 56 of 61 passes and contributed a key pass in the effort.

María Sánchez was subbed out in the 71st minute for Elizabeth Eddy in the Houston Dash’s 5-0 thrashing of the Orlando Pride on Friday, June 3rd. Sánchez completed 20 of 32 passes and contributed a shot and an assist on Rachel Daly’s goal in the 32nd minute.

Jimena López was subbed on for Lauren Barnes in the 80th minute in OL Reign’s 1-0 loss to the Chicago Red Stars on Saturday, June 4th. López completed six of thirteen passes in the effort.

Karina Rodríguez was subbed off in the 62nd minute for Morgan Goff in the Washington Spirit’s 1-0 loss to NJ/NY Gotham FC on Saturday, June 4th. Rodríguez completed 22 of 28 passes as a right back in the effort. Sabrina Flores was not on the game day roster for NJ/NY Gotham FC.

📼 A Proud night for the hosts 📼#NJNYvWAS presented by @Nationwide pic.twitter.com/Yn5yhVHbUv

Diana Ordóñez was subbed off in the 87th minute for Joriam Baucom in the North Carolina Courage’s 3-0 win over Racing Lousiville on Saturday, June 4th. Ordóñez completed 10 of 18 passes and contributed three shots, scoring her second goal of the season in stoppage time at the end of the first half.

María Sánchez played all 90 minutes in the Houston Dash’s 0-0 draw with Angel City FC on Tuesday, June 7th. Sánchez completed 19 of 24 passes and contributed a shot and two key passes in the effort.

Karina Rodríguez was subbed off after the first half for Camryn Biegalski in the Washington Spirit’s 0-0 draw against the Chicago Red Stars on Wednesday, June 8th. Rodríguez completed 15 of 25 passes in her shift.

📼 A Fair Battle in The Windy City 📼#CHIvWAS presented by @Nationwide pic.twitter.com/vWwhQFRyvt

Katie Johnson was not on the game day roster as San Diego Wave drew the Portland Thorns 2-2 on Wednesday, June 8th.

Diana Ordóñez was subbed off in the 80th minute for Jaelene Daniels in the North Carolina Courage’s 3-2 win over the Washington Spirit on Saturday, June 11th. Karina Rodríguez was an unused sub in the match for Washington. Ordóñez completed 18 of 23 passes and contributed two shots in the win.

Sabrina Flores was not on the game day roster as NJ/NY Gotham FC lost 1-0 to the Kansas City Current on Saturday, June 11th.

Katie Johnson was subbed on for Alex Morgan in stoppage time as the San Diego Wave drew OL Reign 1-1 on Sunday, June 12th. Jimena López was an unused sub for OL Reign.

María Sánchez played all 90 minutes in the Houston Dash’s 4-0 loss to the Portland Thorns on Sunday, June 12th. Sánchez completed 27 of 32 passes and contributed a shot in the effort.

📼 The Wins are Big in Texas 📼#HOUvPOR presented by @Nationwide pic.twitter.com/0ASMCdQiLN

Upcoming matches (all records are in W-L-D format at time of writing):