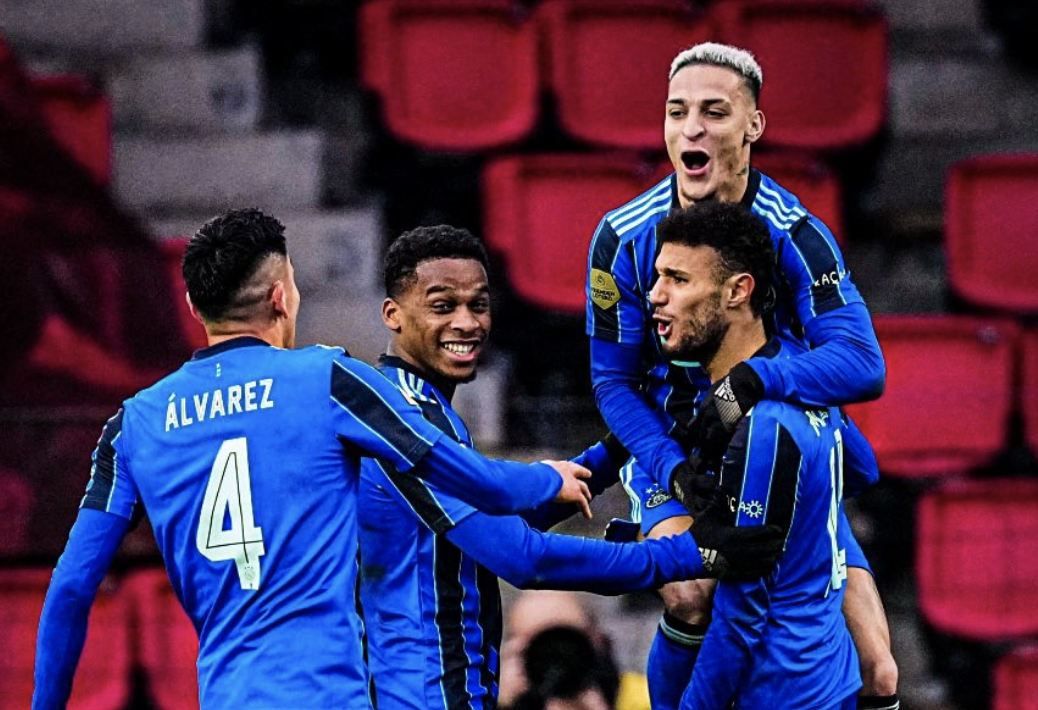 FutMexNation here to bring you an update about our favorite Extranjeros. A critical weekend for both Erick Gutierrez and Edson Alvarez while Hector Herrera and company enjoyed an epic comeback.

In one of the weekend’s most anticipated matches we had a duel for first place between the top two teams in the Eredivisie. PSV entered the match leading Ajax by one point. Both ‘Guti’ and Edson started for their respective teams. It would be Edson and Ajax who would take the victory and become the new leaders of the Eredivisie. Alvarez played the full 90 minutes, had a shot go off the post, won eleven duels, three clearances, one interception, and three complete long balls. He also had 44 precise passes along with a 69% passing accuracy. Overall a good performance by the Mexican midfielder and just the confidence booster he needs to go into the upcoming World Cup Qualifiers.

As for Erick Gutirrez, he and PSV suffered their second loss this season to Ajax and are now behind by two points. Guti, who was recently called up to the national team, had a decent game playing 87 minutes, secured two interceptions, won a duel, had a shot blocked, and completed two long balls. He also had twenty-nine precise passes along with a 82% passing accuracy. PSV might not have secured the top of the standings but it’s the right type of intensity Guti needed before heading to national team duty.

In a match that looked to continue Atletico de Madrid’s losing streak, a demonstration of guts and determination secured the win in the final minutes of the match. Trailing 2-0 against Valencia, Atleti would bring in Hector Herrera in the 61st minute as a substitute for Vrsaljko and would be key for Atleti’s comeback. He intercepted a ball that was cleared just outside Valencia’s goal and helped set up the play that would eventually win the game. Herrera also had twenty precise passes along with an eighty percent passing accuracy. He would also complete two long passes, win two duels, and have one interception. Despite the lack of consistently playing time, Herrera’s abilities still appear to be in tact. Hopefully this performance gets him more playing time and is the turnaround Atleti need after sliding down the table and losing a couple of big time matches.

Sevilla 2 – 2 Celta de Vigo ( Tecatito played 71 minutes and was a starter in his La Liga debut. He would have an assist and four key passes. Also he had twenty-five precise passes along with a 81% passing accuracy. He would leave the game due to some molestias.)

Sevilla 2 – 2 Celta de Vigo ( Nestor Araujo played the whole match in Celta’s draw. He would have eight clearances, one blocked shot, and seven won duels. He would have a header go wide of goal and also had seventeen precise passes and a 73% passing accuracy. Orbelin Pineda would not see action and watched the game from the bench.)

Brentford 1 – 2 Wolverhampton ( Raul Jimenez did not feature and was replaced in the squad by Fabio Silva, due to Jimenez suffering a calf injury during the week. Bruno Lage said “Raul felt something in his calf so we’re protecting him. I don’t want to create problems for him”)

Genoa 0 – 0 Udinese ( Johan played 55 minutes in Genoa’s draw in a completely new position, playing as a left-back he had two clearances and lost possession of the ball ten times. He would only have ten precise passes and a 50% passing accuracy. His team is currently penultimate in the league table, with serious relegation issues.)

Napoli 4 -1 Salernitana (Hirving “Chucky” Lozano played 45 minutes and was substituted at the half for Lorenzo Insigne. He would have twenty precise passes along with a 87% passing accuracy. He also had a shot on goal, four duels won, and one clearance.)

Union Saint-Gilloise 2 -1 Genk (Gerardo Arteaga played the full 90 minutes in his team’s loss. Arteaga had one interception, won four duels, and completed four long passes. Also he had 62 precise passes along with a 83% passing accuracy. Arteaga will make his return to the National Team after being called up by Tata Martino.)