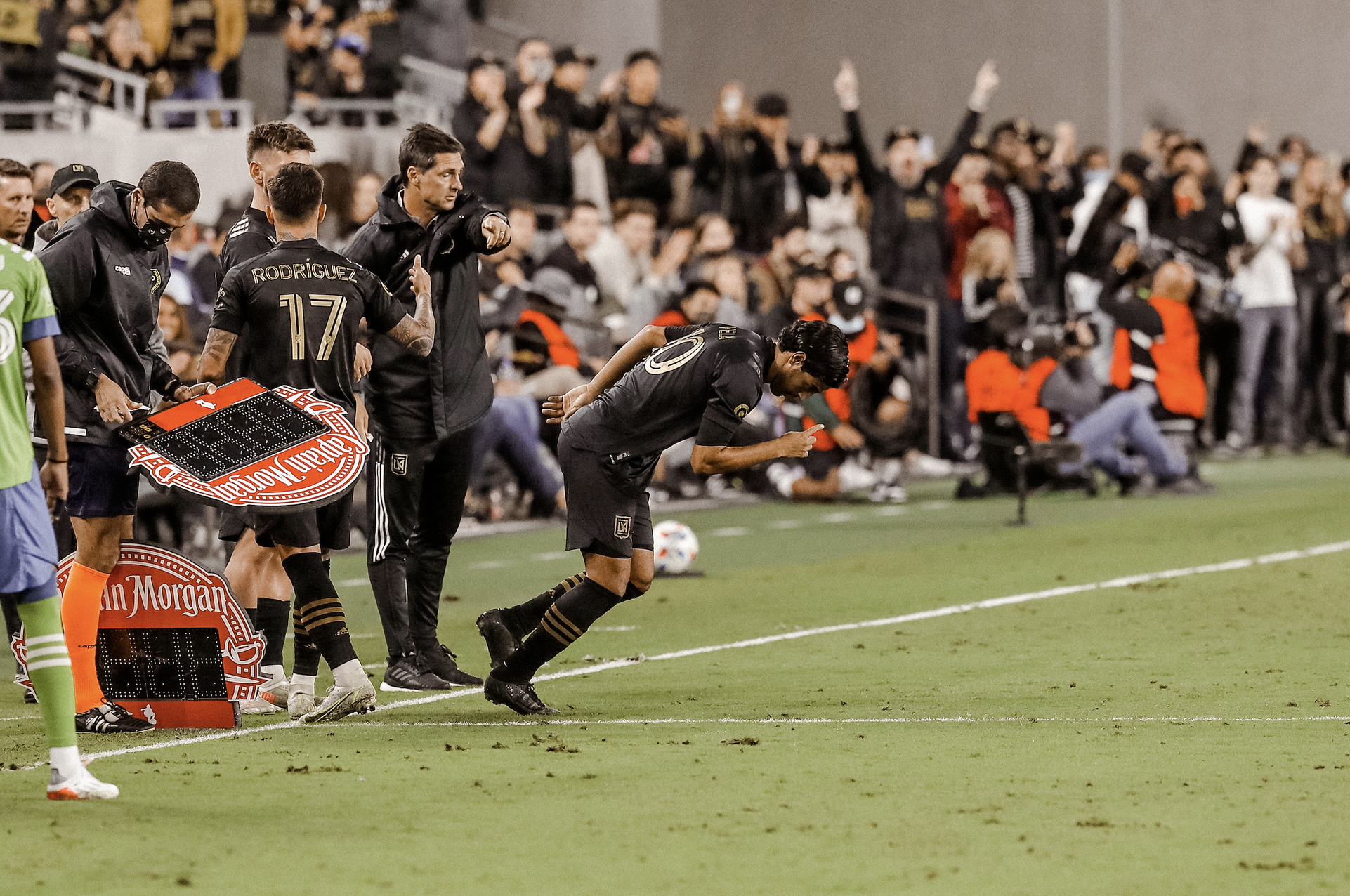 After Wednesday, there are two to three games of the regular season, making every win crucial. Currently, only five points separate fourth from ninth place in the West. In the East, four points are between fourth and ninth place. Only the top seven teams in each conference advance to the playoffs.

Carlos Vela came on in the 78th minute for LAFC in their 3-0 win over the Seattle Sounders. It was Vela’s first appearance in 11 games after suffering a hamstring injury Aug. 21. LAFC scored all three goals before Vela entered the game. It was the club’s third win in five games. They have scored 11 goals during that span. Wins by Real Salt Lake and the Vancouver Whitecaps mean LAFC stay in ninth place, two spots out of the playoffs. Next Tuesday they play the Vancouver Whitecaps, who after a Wednesday night win are in fifth place. They lead LAFC by only three points, meaning a win could put LAFC into a playoff spot.

LA Galaxy lost to Sporting Kansas City 2-0. Chicharito missed the game due to illness according to coach Greg Vanney. Jona Dos Santos and Julian Aruajo played the full 90. Efrain Alvarez came on in the 86th minute. With the loss, the Galaxy dropped to sixth place in the West. They play second place Seattle next Monday and will close out the regular season against Minnesota United the following Sunday. They are currently two points ahead of Minnesota United in the standings.

SKC’s Alan Pulido is still on track for a playoff return. The team is 2-0-1 since his most recent absence. Wednesday’s win put the team in first place in the West.

Vanney says that Chicharito was throwing up, had a high fever, with muscle aches and a sore throat.

Said it would have been a risk to put him on a plane with the rest of the team.

Atlanta United beat Inter Miami 2-1 at home. Erick ‘Cubo’ Torres subbed on in the 81st minute and received a yellow card in stoppage time. Atlanta now sit in sixth place with three games remaining, the rest of which are against teams out of the playoffs.

Rodolfo Pizarro started for Miami and played 72 minutes. He is coming off of a two-assist performance Saturday against Cincinnati which Miami won 5-1. In 11th place with two games remaining and six points from the last playoff spot, Miami’s postseason hopes are slim to none. Not to mention, their last team games are against fourth place NYCFC and Supporters Shield winners, the New England Revolution.

The San Jose Quakes lost 2-0 to the Portland Timbers on the road. Eduardo ‘Chofis’ Lopez played the full 90 with a shot on goal and yellow card. Carlos Fierro came on in the 60th minute and Osvaldo Alanis was not featured. The loss officially eliminates San Jose from making the playoffs with two games remaining and eight points outside of a playoff spot.