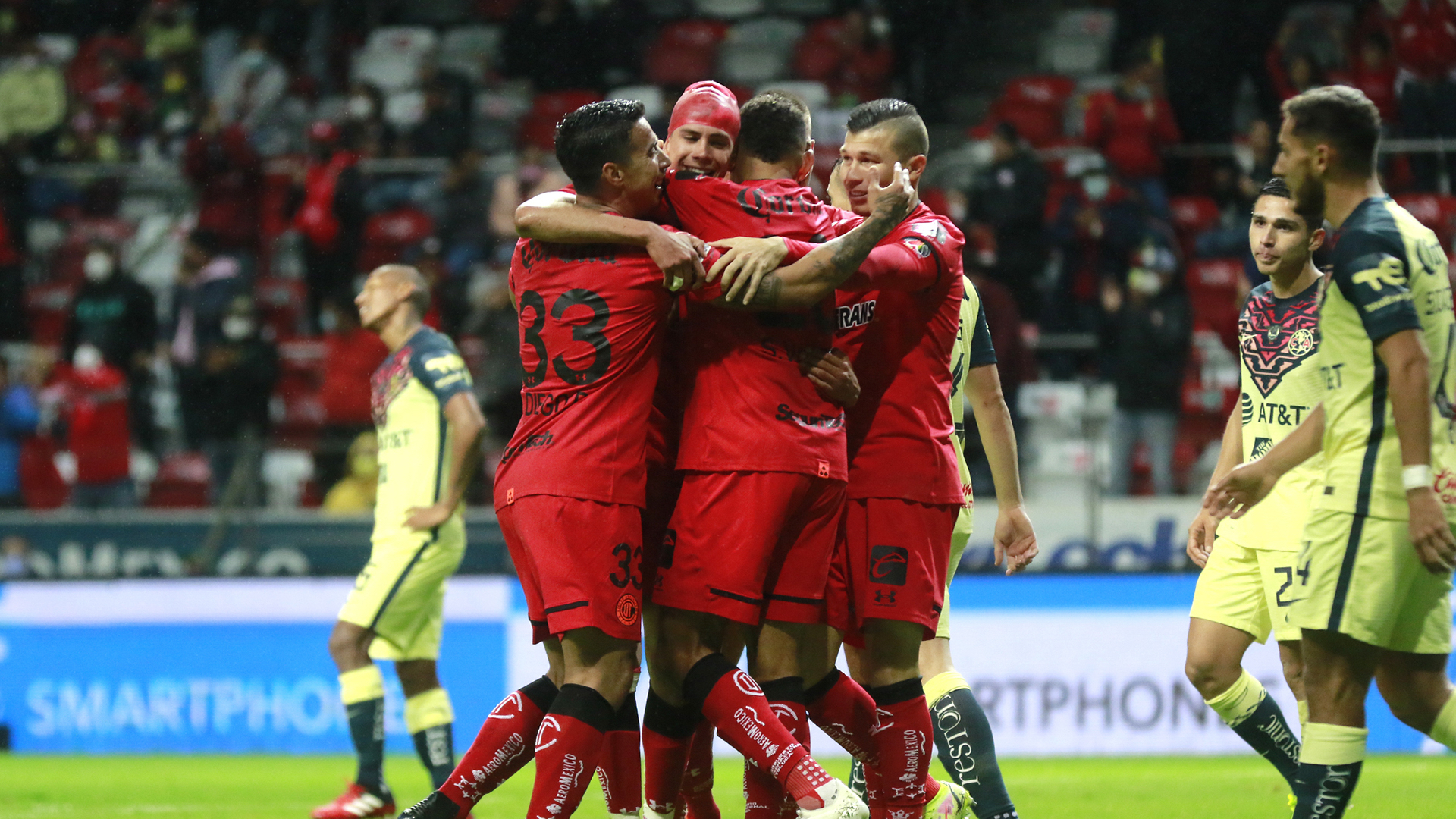 Santiago Solari will be sick of the sight of the Nemesio Díez. Back in late April, a 3-1 loss there put paid to América’s superlíderato hopes. Just months later, set piece problems saw them fall by the same scoreline.

All three of the hosts’ goals came from dead ball situations, with Haret Ortega heading home twice against his former team. Balls to the back post were especially problematic for the capital club, who had conceded only three goals in their previous eight league matches.

Defensive solidity has been the calling card for Solari’s side, but Saturday’s shaky showing proved that a previously rigid rearguard is not impenetrable. After Philadelphia Union passed up a host of gilt-edged chances in midweek, Los Choriceros capitalized on their opportunities.

Fine finishing from Hernan Cristante’s charges tilted the balance in their favor, but Solari’s side are still one of the title favorites despite seeing their unbeaten start to the season go up in flames. However, that hot streak must be taken with a grain of salt.

Although four points were procured from tricky trips to Atlas and León, América have also faced many of the league’s lesser lights so far. Five of Las Águilas’ six wins this term have been secured against teams ranked 11th in the table or lower.

Tougher tests await the record champions, including a grueling gauntlet of games to close out the regular season slate. Santos, Tigres, Cruz Azul and Monterrey are all on the docket in rounds 14-17, with a CONCACAF Champions League Final against the latter club sandwiched in the middle.

That challenging sequence will stretch Solari’s squad to the limit, although the Argentinean’s willingness to rotate should ensure his key players are rested ahead of the Liguilla. Some of those stars did not start at the Nemesio Díez, with attacking aces Sebastián Córdova and Roger Martínez left on the bench after their exertions in the City of Brotherly Love.

That duo did come on as América pushed forward following Claudio Baeza’s sending off, but instead it was the home team that looked the likelier to score. Had Rubens Sambueza not put his late penalty past Guillermo Ochoa’s right-hand post, Las Águilas would have fallen from the summit of the standings.

Losing the superlíderato would have been a blow, but playoff positioning is less important than arriving at that decisive stage in form. In that sense, this defeat could be a blessing in disguise for Solari’s side. An undefeated regular season would have been nice, but a 14th Liga MX crown is what really matters.