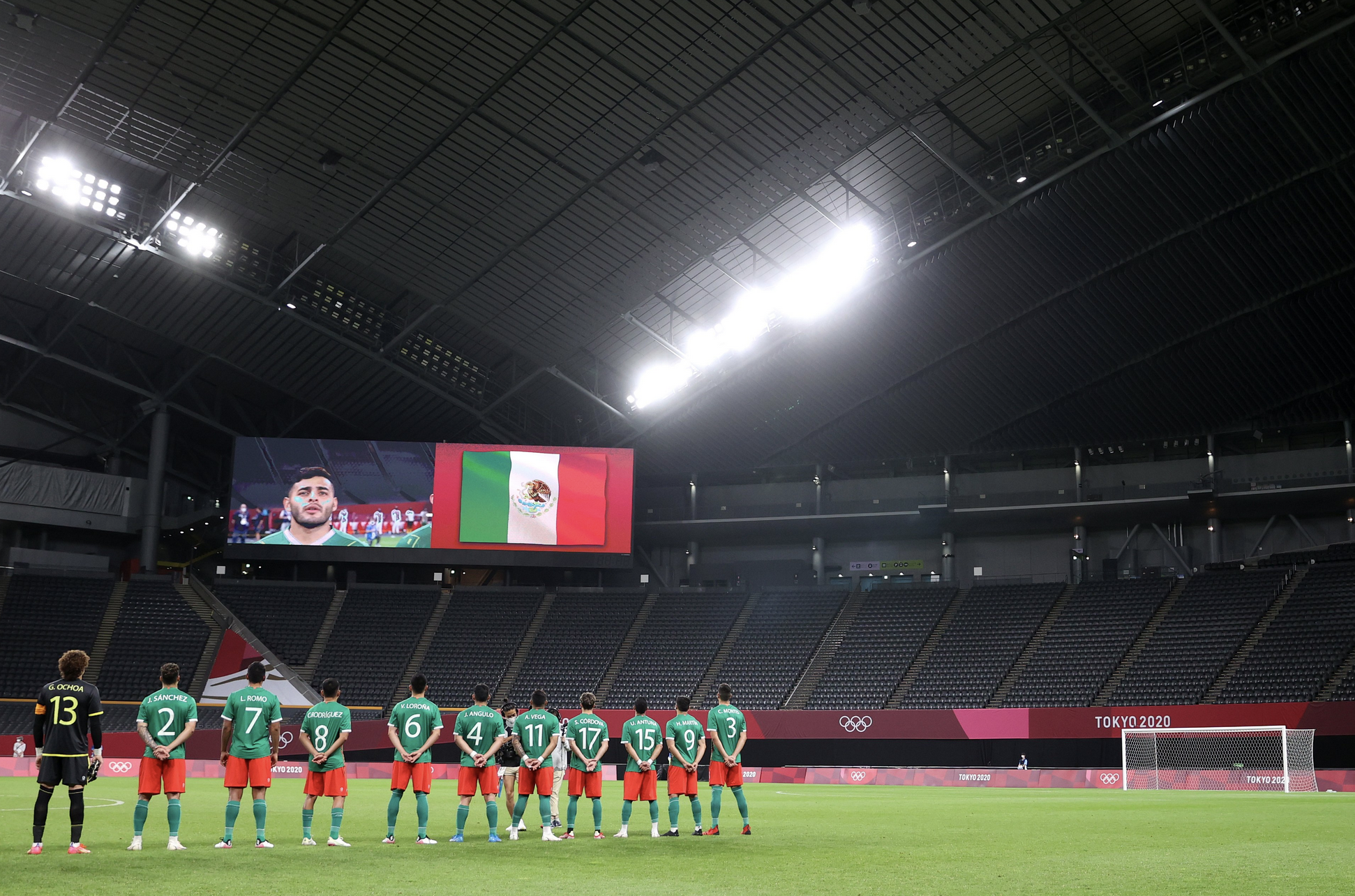 Although it’s been all about the team for El Tri in Tokyo, there have been some sparkling individual showings on the way to Tuesday’s semifinal showdown with Brazil. Alexis Vega and Johan Vásquez turned heads in the opener against France, with the former continuing his fine form in subsequent matches. Against South Korea, Sebastián Córdova stole the show with two goals and an assist.

Those promising youngsters deserve plenty of praise for their performances so far, but Jaime Lozano’s overaged reinforcements are the glue that holds this green group together. Guillermo Ochoa, Henry Martín and Luis Romo have spurred a skillful squad to the brink of a medal, and their contributions will be crucial against the Canarinho.

No one is doubting what that talented trio can bring to the table, but that was not the case just a few short weeks ago. Ochoa’s extensive experience at senior level meant that he was kept out of the firing line, but Romo and Martín’s selections did come under heavy scrutiny. When the América ace failed to find the back of the net in the opening two matches, some questioned whether he should be benched in favor of Eduardo Aguirre.

“La Bomba” was never in danger of losing his starting spot given his ability to accentuate the virtues of his fellow forwards with smart link play and selfless running, but a trio of goals against South Africa and South Korea has put the debate to bed. Meanwhile, Romo has two goals and an assist to his name in his last two outings, including a spectacular volley to put El Tri 2-1 up against the Taegeuk Warriors.

Mexico never lost their lead after that super strike, but the final 6-3 score line was somewhat deceptive. Ochoa made more saves on Saturday (8) than he’d made in the previous three games combined (6), with those stops key to keeping the Koreans at arms’ length.

“Memo’s” leadership has been just as important as his super stops, with his speech after the South Africa success reflecting the focused confidence coursing through the team. Martín echoed that sentiment after Saturday’s victory, stating that Mexico fear no one ahead of tomorrow’s Brazil battle.

That assured attitude is encouraging for fans of El Tri who will be hoping to see a repeat of London 2012, when Luis Fernando Tena’s team topped Tuesday’s foe in the final. The likes of Neymar, Marcelo and Thiago Silva were strutting their stuff in that Brazil side, but the absence of similar star power this time around does not mean that the Seleção can be underestimated.

The reigning Olympic champions cruised through group D before sweeping Egypt aside in the quarterfinals, and the title-winning nous of 38-year-old defender Dani Alves will be a big boost as they look to take the last step towards Yokohoma. Mexico don’t have that level of know-how in their ranks, but their most experienced performers are coming to the fore at the perfect time. If that trend continues tomorrow, El Tri have every chance of pulling off an upset.