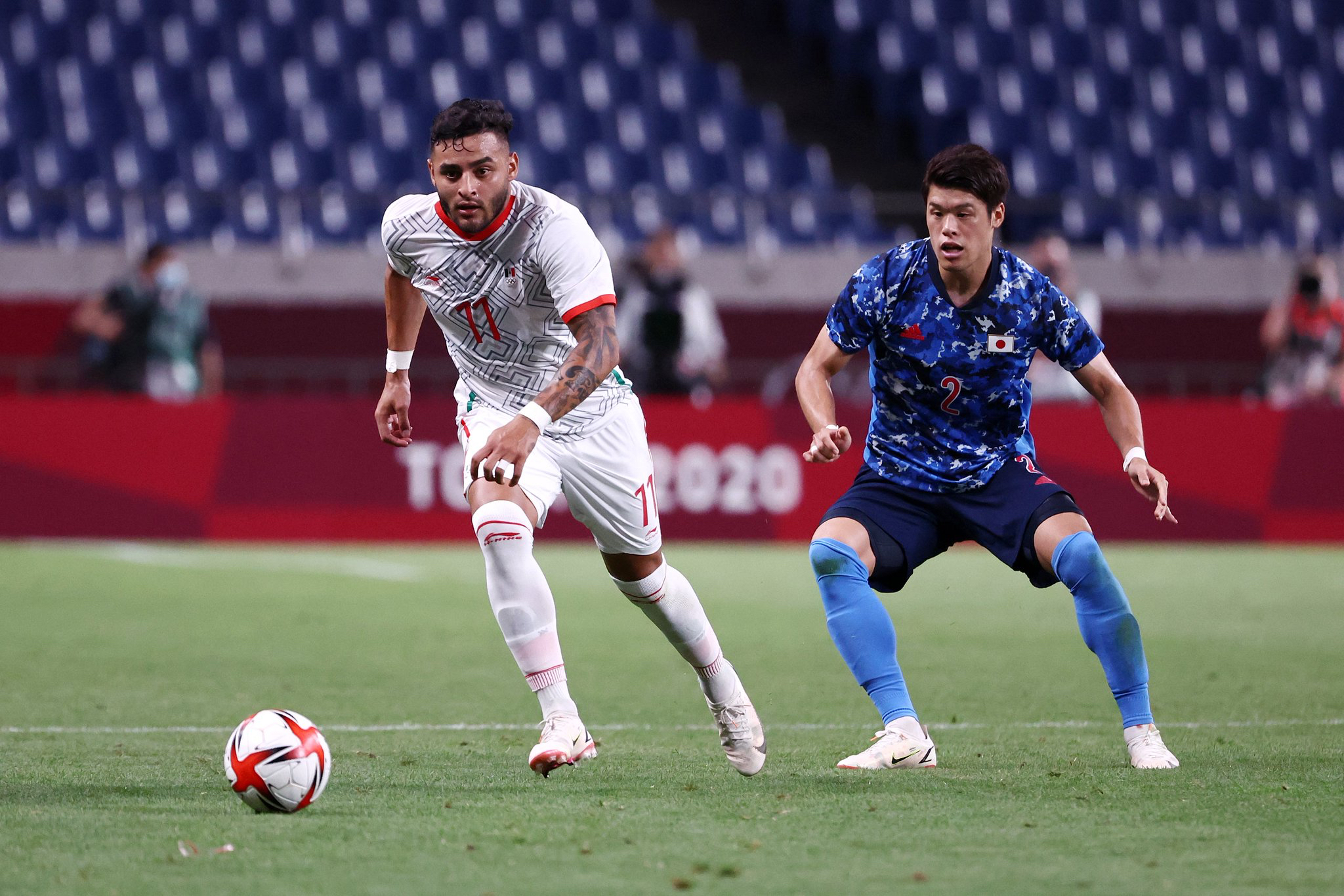 After the dizzying high came the crushing low for Mexico. Thursday’s sensational success against France was followed just three days later with a damaging defeat against Japan, which leaves Jaime Lozano’s charges looking over their shoulder in Group A.

El Tri are still in control of their own destiny, but they cannot afford a slip up against South Africa if they want to secure safe passage to the quarterfinals. That reality has ramped up the pressure, but Lozano tried his best to keep things in perspective after Sunday’s surrender to the Samurai Warriors.

“We definitely didn’t come to lose, but I’m calm. We know that there are things to improve. We weren’t the best team in the world three days ago, and we aren’t below the level that we think we can reach in this tournament now,” the 42-year-old declared.

That measured attitude is the right way to approach preparations for the decisive third duel, but Mexico must make sure that they start better than they did in Saitama. Within 11 minutes, Guillermo Ochoa had already picked the ball out of his net twice as El Tri struggled to stop a speedy Japanese strike force.

Takefusa Kubo and Ritsu Dōan spearheaded that early barrage, with both getting on the scoresheet. While dynamic duo was strutting its stuff in La Liga and the Bundesliga last season, respectively, South Africa doesn’t possess a player of similar pedigree.

The majority of David Notoane’s troops ply their trade in the local league, but that lack of international exposure has not stopped them from competing courageously in their first two outings. Japan needed a moment of magic from Kubo to record a narrow win in the opener, while France fought back from three deficits before Teji Savanier’s 92nd-minute thunderbolt gave them three precious points.

The Montpellier man’s late wonder strike has severely harmed South Africa’s chances of advancing out of Group A, but their dream is not dead. A two-goal win over El Tri would still send them through to the knockout stages if the French fall to the hosts. As a result, motivation will be high ahead of Wednesday’s showdown at the Sapporo Dome.

Facing a motivated opponent with little to lose is always a difficult proposition, and a defensive headache for Lozano does not help matters. Johan Vásquez is suspended after receiving a red card on Sunday, while Erick Aguirre’s status is uncertain after getting subbed off shortly before half-time.

Jorge Sánchez is the logical replacement for the Pachuca product, but who “Jimmy” will call on in the center of defense is less clear. Luis Romo could be moved back from midfield, or Atlas ace Jesús Angulo could get the nod.

Both options present their problems, however. Romo is a key cog in the engine room, with his ability to create and destroy deftly a major plus point. Meanwhile, Angulo has not appeared in either of Mexico’s matches.

Regardless of who is picked to partner César Montes, Mexico must come out fully focused for their Group A finale. Romo referred to that mental aspect in his post-Japan interview.

“We lost concentration a little bit, we lost intensity but now we are going to be very attentive because if you lose you’re out. We are going to show what we’re made of,” the Sinaloan star said.

Mexico fans will hope that Romo is right.