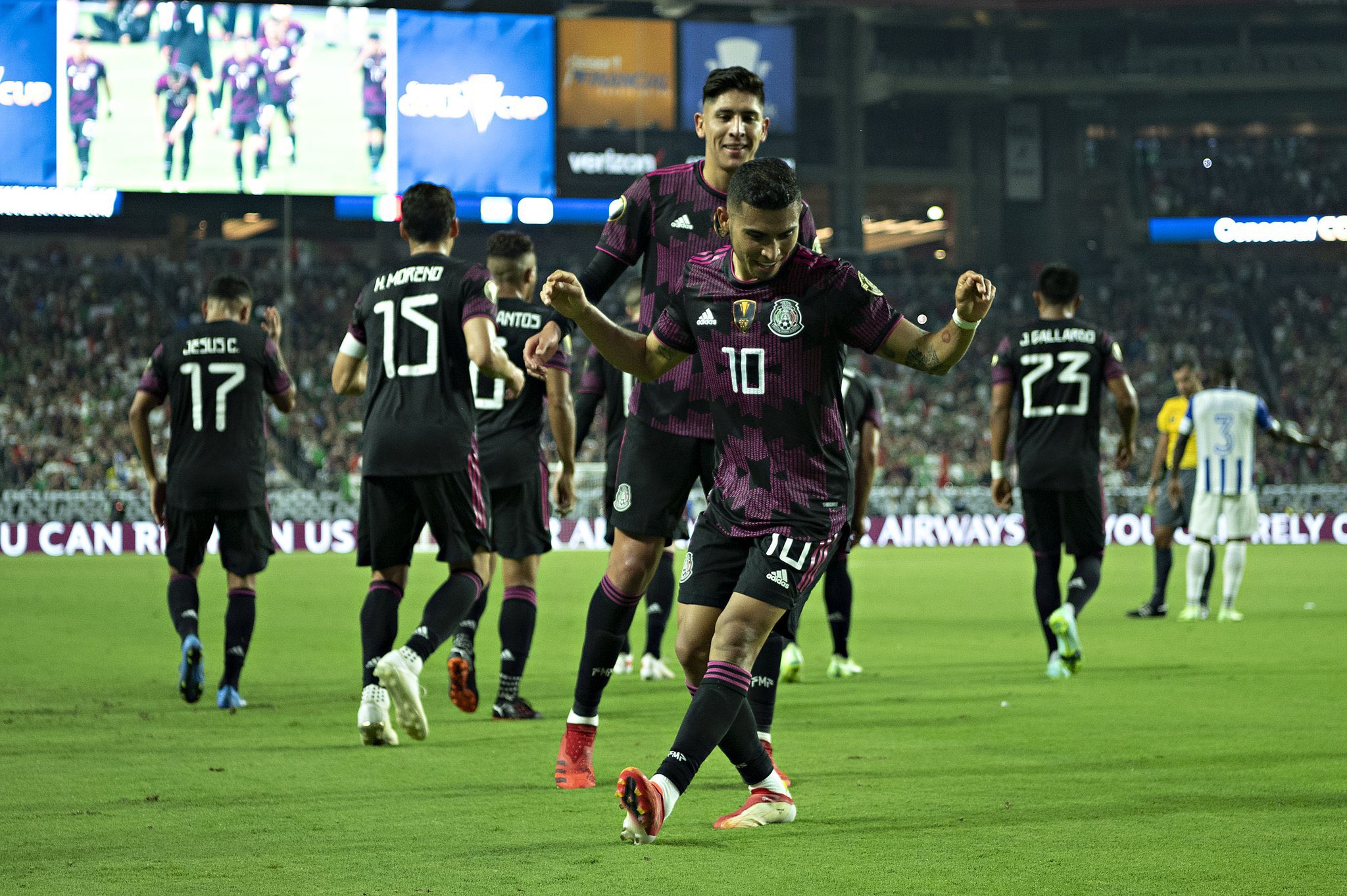 After eight days of rest following a rocky group stage performance, Mexico showed up when it mattered with a dominating 3-0 victory against Honduras to cement their spot in the Gold Cup semifinals.

Though Tata Martino stated there should be “no margin for error” in his pre-game press conference Friday night, there were familiar signs of inconsistency in the final third to start the match for El Tri. Three clear chances came just ten minutes in from the likes of Hector Herrera, Funes Mori and Jonathan Dos Santos but when Funes Mori finally put a ball into the back of the net (albeit the play would be marked off) in the 21st minute, the team seemed to switch gears. The confidence grew and Funes Mori finally found the first one just five minutes later off an impressive header and from there, the dominance continued.

Jonathan Dos Santos, with his first start in the tournament, would get his own redemption goal in the 31st minute off a stunning first-time shot that would extend the lead to two goals followed by Orbelin Pineda solidifying a strong closing of the half with a header in the 38th minute.

“What we had tonight was consistency because what we saw during the last three matches we also saw in this match, but doing that in a do-or-die match is much more significant. We were able to convert our chances and define the match early on,” Tata Martino mentioned after the match.

Mexico would complete their goal scoring during that first half but the dominance continued for the remainder of the match, getting their fourth straight clean sheet during this tournament despite a few defensive hiccups.

“I thought we had most of the control within the 90 minutes,” Martino continued. “To see us finally implement our idea in strong fashion against a worthy rival brings us a lot of satisfaction and confidence as we await for our next opponent.”

Mexico will face off against the winner of the Canada-Costa Rica match on Wednesday, July 29th at NRG Stadium.