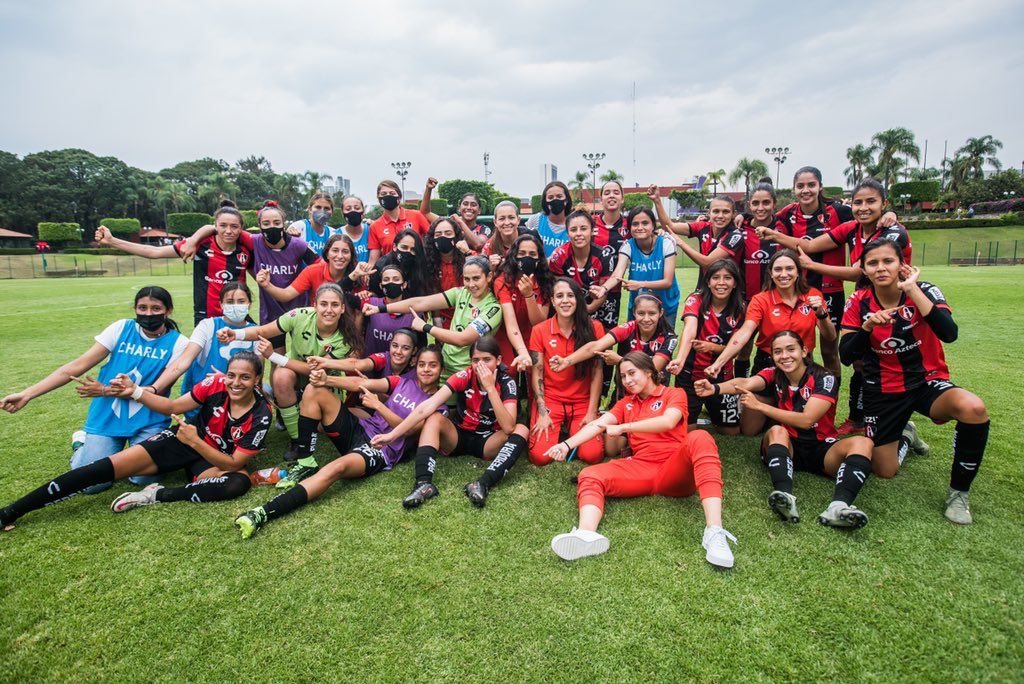 The #Guard1anes2021 Clausura quarterfinals came with its share of flair and golazos as it made way for some Clasico semifinals. While we get ready for the potential of a refreshingly new matchup in the finals, it’s important to look at what lies ahead for the league collective following this first round of the Liguilla.

Atlas makes history. For the first time since the creation of the league, Atlas Femenil has secured a place in the Liga MX Femenil semifinals, an accomplishment that feels that much more rewarding following last season’s matchup against Queretaro. It was a strong victory for Atlas over the two legs, achieving a 5-1 aggregate scoreline that included a brace from rising star Alison Gonzalez in the second leg. And those Gonzalez continued to solidify herself as the goalscorer of the season, Atlas’ statement victory over Pachuca also involved other key figures. Joana Robles and Fernandez Perez were responsible for the two goals in the first leg and Ana Gaby has been instrumental in goal. Zellyka Arce would put a goal of her own away in the second leg, polishing out Samayoa’s team – one that’s hungry for more historic moments.

Pumas is a good team. They might’ve not made history but rather repeated it in yet another quarterfinal exit, but this was a good season from La Universidad. Even as Rayadas managed to score their four goals over the two legs, Pumas responded each time with a goal of their own. Their best season to date with 32 points, Ileana Davila’s project might be the longest running one in the Liga MX Femenil, but it hasn’t run its course just yet. With the addition of signings like Marlyn Campa and Dinora Garza and veteran players like Fabiola Santamaria and Melany Villeda, Pumas is taking all the good they’ve always had and improved it to even higher levels. This sort of attention could attract other overlooked players going into next season and help them further complicate things for the big teams.

Chivas continues to let their work speak for them. At this point, it’s been somewhat comical to see people try to underplay the work Chivas Femenil has been committed to doing all season long and the two legs against Toluca were no different. While it took a little longer to break through Toluca’s compact defense in the first leg, Anette Vazquez’s goal showed that tenacity from Chivas to keep responding. So, when the second leg came around, they were ready and while the structure tries not to depend on Licha Cervantes, it does thrive more with her in it. She secured a brace of her own in the second leg and with the additional goal from Gabriela Valenzuela, Chivas let those watching know that they were still in it.