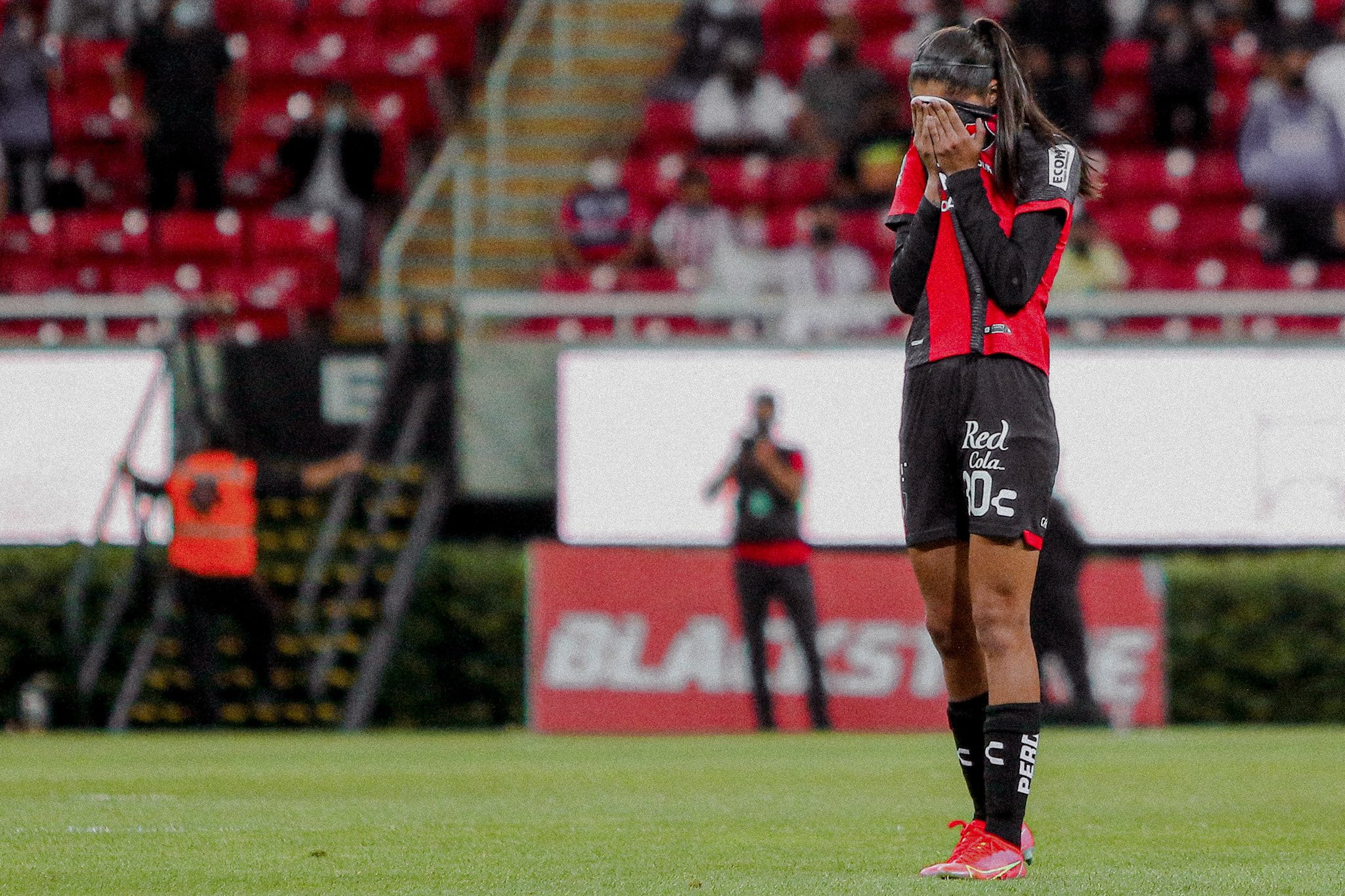 The two best teams have made it to the Liga MX Femenil final. It’s as appropriate as can be for a season that is just two games away from concluding. It’s been a while ride. Let’s give some time to the top three things that stood out during this semifinal series.

Atlas Femenil had a good season. When the final whistle blew for Atlas Femenil at the Estadio Akron, Fernando Samayoa turned to the opposition’s head coach, shook his hand and gave an accepting smile. His team had made the semifinals for the first time in league history and their star striker Alison Gonzalez ended her 2021 tenure being crowned the leading goalscorer of the regular season, even getting late penalty kick goal in the semifinal second leg. Atlas Femenil fought until the very end of a very physical second leg and showed the talent they possess to continue being a top team in the league. As Samayoa noted in the press conference, this wasn’t a failure. Atlas Femenil will come back stronger.

Whatever happens, Chivas Femenil has had a great season. No one saw them making the final. No one. Definitely not during the first week of matches. Or the third week or even when they qualified for Liguilla. On a very serious level, no one truly believed they would succeed. But some did hope. And so did Chivas themselves. They hoped and grew confidence week in and week out. From that top secret and intimate moment during preseason when the team and Edgar Mejia dived into a serious talk about what this 2021 Guard1anes tournament would hold, something shifted. And with it came learning and reacting. They’ll now take on the giants of the league with a fuel of momentum burning in their bellies. Still, regardless of the result the future holds, it’s been a pleasant experience watching Chivas Femenil prove us all wrong.

Tigres is a top team. Tigres might not be invincible, as Chore Mejia put it, but they are the best. They aren’t the original best (ironically, that belongs to Chivas Femenil) but they have been consistent ever since. They’ve made every final except that first one and have won three out of those five appearances. That doesn’t just happen out of luck. From the depth of their roster to the pool of players that start all the way to the manner in which they dominate games, Tigres continues to be as large of figure as the cat they are named after. Only they can decide what how this season concludes.