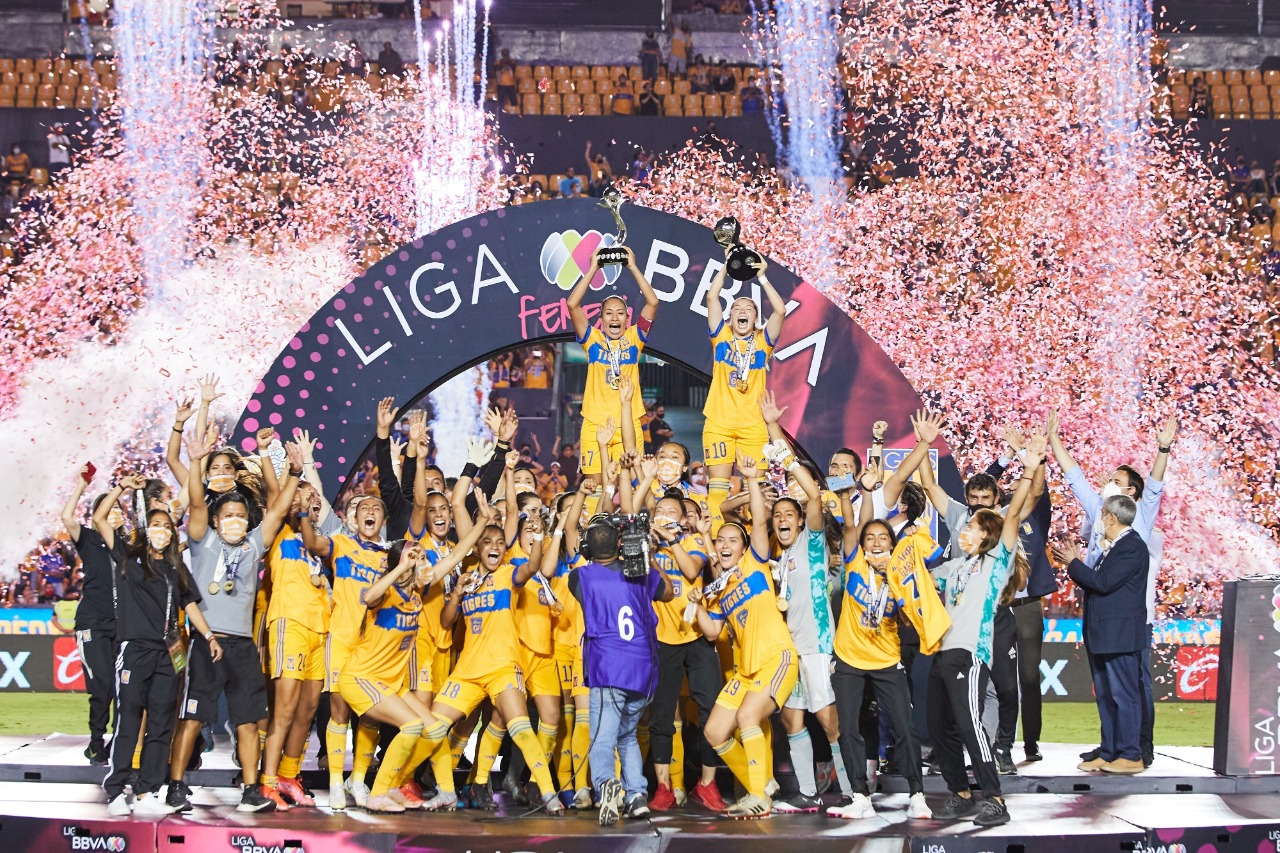 After over four and half months, several weeks, lots of drama and an exciting final series, our Guard1anes2021 Liga MX Femenil season finally comes to an end. An old champion, a refreshing conclusion and lots of promise. Let’s break it down one last time.

Tigres are the best team in the league. Four championships are not for naught. Back-to-back championships need also be commended. Tigres Femenil hasn’t just dominated the league; by all accounts they have completely taken it over. Of the seven finals that have taken place, they have participated in six of them and have, after tonight, won four of them. And it’s not just the broad dominance that deserves attention. Take a look at how they closed out this Liguilla run. Six goals on America during the quarterfinal series, six goals on Rayadas during the semifinals and seven goals on Chivas Femenil during the finals. That’s 19 goals in favor and seven goals against. It’s a solid project with solid work. So solid that in the process of winning back-to-back championships, Tigres Femenil crowned themselves Campeon de Campeones, show that their biggest competition is themselves. Congratulations to them.

Chivas Femenil’s job is far from complete and that’s exciting. Tigres might have easily gotten seven goals past Chivas Femenil but it’s important to look at what Chivas was able to do in their three encounters against the best team in Liga MX Femenil during the duration of this tournament. If one includes the match during the final week of the regular season, Chivas managed to score seven goals of their own against the Mexican powerhouse. And while they weren’t able to stop the bicampeonato, Edgar Mejia’s words still ring true: Tigres Femenil is not invincible. And if one team has proven that more than any other, it’s Chivas. The loss wasn’t unexpected and the pure fire that burned in their bellies as they reacted in the same manner, they’ve done all season was enough for Mejia to applaud with pride the final golazo that Gabriela Valenzuela sent crashing into the back of Ofelia Solis’ net. In his second season with the team, Mejia managed to the final with a team many considered doomed to fail. It’s a process over in Guadalajara and one that many are eager to see unfold.

Where does the rest of the league go from here? I conclude my season of recaps with less of a statement and more of a lingering question that comes with yet another Tigres victory. Are they the best? Absolutely. But does change need to happen? I think for the sake of proper development – and without negating the very impressive work Tigres has done – change does need to happen. And that does include having a new champion. But how can that happen? Even with the recent announcement the foreign players will be allowed next season and more teams earnestly investing in their Femenil teams, Tigres is miles ahead of the rest of the league. The hunt for foreign players will certainly be a top priority for them; it will certainly attract those players to join their winning side as well. The parity is slowly starting to form. Mid-table teams are creating good problems for the top teams and even teams with not so top names are formulating systems that can lead them to the finals. Inter-league games are on the horizon. The want for improvement is there. Let’s hope next season can bring that. If not, I’m more than happy to continue giving the top team in the league the respect they deserve.