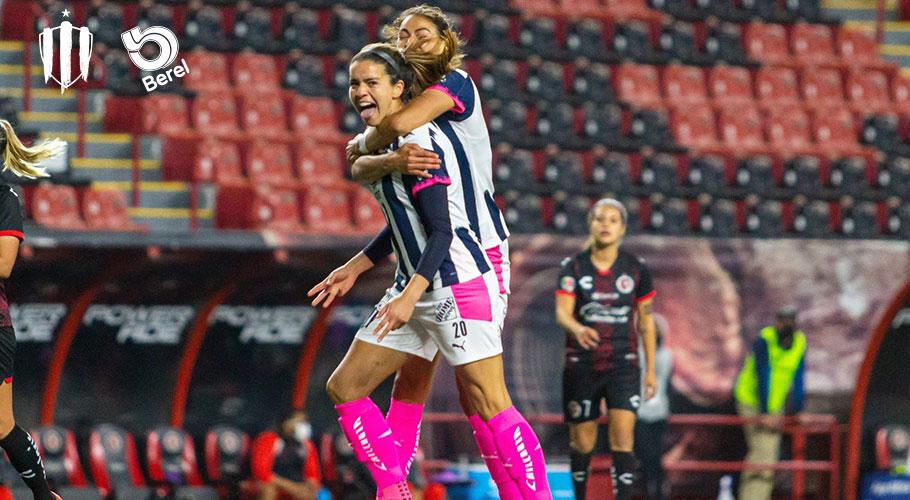 Some intense matches took place this past weekend and we head into the latter half of the season. At this point every match can make a difference and sometimes, even someone. For my three things, I’m once again going to talk about three specific people.

Licha Cervantes. At this point, what is there to say about Alicia Cervantes? A constant, loyal force for a Chivas Femenil side that saw many of its original players leave during the preseason, Licha has taken on that leadership role and delivered match after match. The last of the “easy” games are behind her and the team and as they all prep to face off against America in another edition of the Clasico Nacional Femenil, her new reign as the leading goal scorer with 13 goals and Chivas’ current fourth place positioning in the standings will help Chore Mejia motivate her that much more to lead this team to finish off strong.

Leo Cuellar. And as we head into the Clasico Nacional, it feels rather easy to distinguish Chivas as the favorites over an America that continues on with their peaks and valleys heading into Week 13. They stumble between unexplainable losses to teams at the bottom of the table and then hearty performances like the one against Pachuca this past Monday. But even in those hearty performances, it’s the underlying issues that are becoming louder and louder. Pachuca went down a player early after Paola Monroy delivered a hard tackle against an America counterattack. And for the remaining 85 minutes, Leo Cuellar’s team that is stacked with talented players like Dani Espinosa, Montse Hernandez, Eva Gonzalez and Betsy Cuevas just couldn’t convert. Much like the discussion I wrote about regarding Becerra and Rayadas a few weeks back, the system feels flawed when you have such a good batch of players. And this isn’t a Toña Is situation where you patiently waiting on the methods to click. If what is said is true and America Femenil is held to the same standard as the men, then whatever happens on Saturday should be a strong indication of what next steps need to be taken. For all involved.

Daniela Solis. I’ve spoken plenty about Avilez and her grand abilities on the field, but I haven’t been very fair in highlighting the impact that Daniela Solis has had for Rayadas this season. With nine goals in her favor, ranking third in the golden boot race, Solis possesses the power to create a goal out of nothing. Where Aylin Avilez thrives in maintaining possession and making space for herself, Solis does in less time with less space, often seen celebrating her goals sitting down from all the will power she provides to make sure that ball makes it to the back of the net. With a Clasico of their own coming up in this jornada, Tigres might be nervous about what sort of magic Daniela Solis is able to come up with, both inside and outside the box, on the floor or in the air.

Bonus) A huge congratulations to Alison Gonzalez on being ranked third in Goal’s NXGN 2021: The 10 best wonderkids in women’s football. A well-deserved global recognition for the promising striker, it really helps to validate all the work that not just the league has done for young Mexican girls, but those very same girls have accomplished to take advantage of a system that were always worthy of. Enjoy the snippet Goal provided in the link and if you’d like, get to know her story again in Adriana’s and my chat with her.