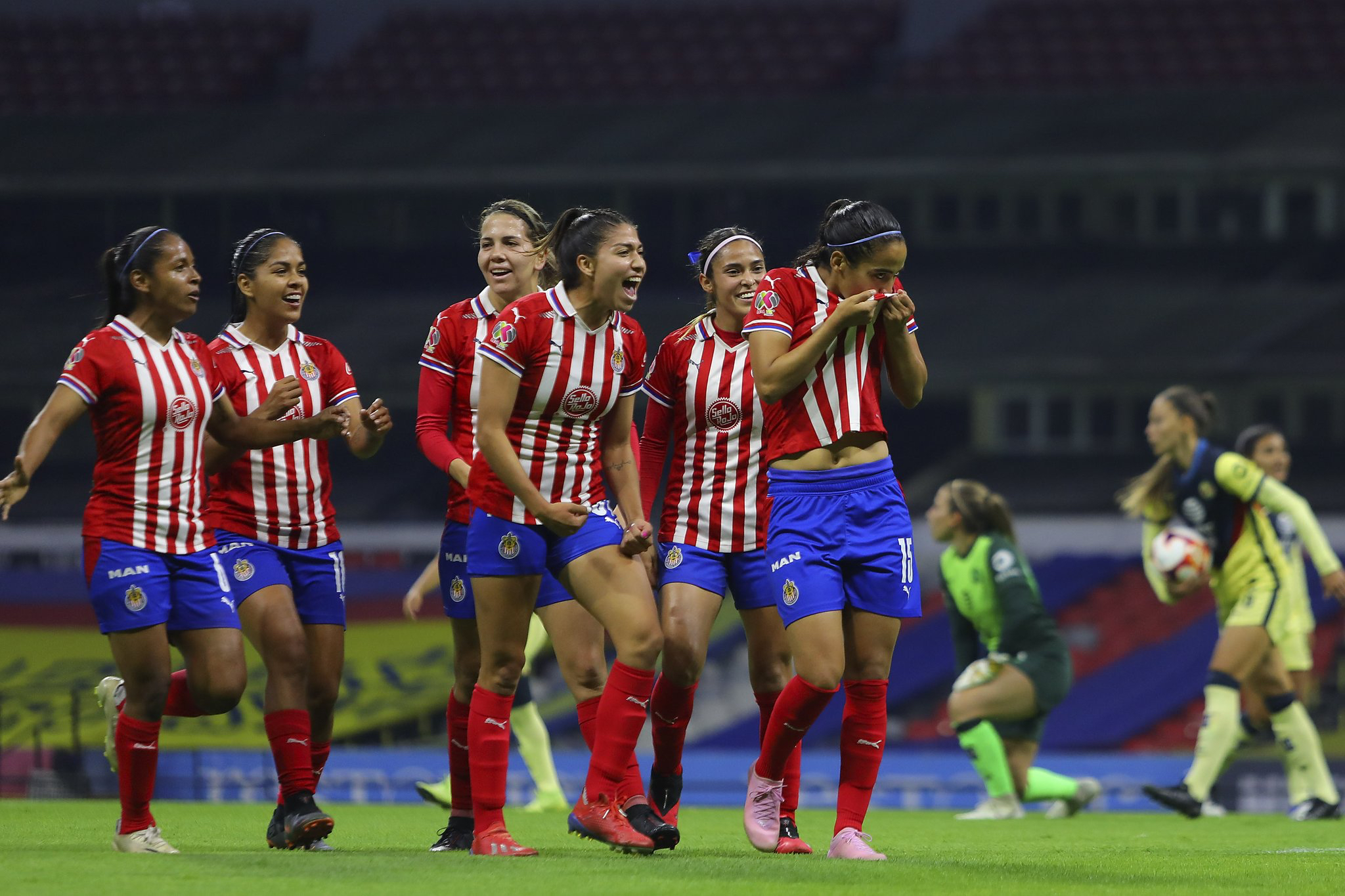 Nine games. Two Clasicos. A lot of opinions. It was a good thirteenth week of Liga MX Femenil action. Let’s get into my top three things for this jornada.

Clasico Nacional Femenil was exciting (and then some). The first of the Clasicos came to us on a Saturday night (online, not via a televised broadcast, unfortunately) and was filled with plenty of goals, lots of pride and even a resignation. But above all else, it was a seamless transition into who Chivas Femenil is and how they are looking to execute the final matches of the regular season. As Chore Mejia giddily celebrated Caro Jaramillo’s first goal off a strong counterattack to an America defense, it wasn’t just the goal he was celebrating. It was proof that his plan was working. And it was working against their league rivals. Even as America managed to get two goals of their own from Janelly Farias and Jana Gutierrez, Chivas’ plan allowed for Licha Cervantes to get her brace (connecting with Jaramillo again) and Miriam Castillo. And while Chivas came out with a plan and stuck to it, America’s collapse was apparent to everyone. So much so that the brutal 4-2 loss compelled Leonardo Cuellar to inform the press in the post-game conference that he was resigning that same night. Many America players have since taken to social media to express their gratitude for the dedication Cuellar has given not just them, but Mexican women’s soccer in general over the past few decades. Despite his contributions of the past, Cuellar bid farewell to an America that currently sit in ninth place and with a tough four matches left, one wonders how much farther they’ll fall.

Clasico Regio Femenil reminds us they are still going toe to toe. The two clubs with the best investment showed once against the intensity that they can bring to rivalry matches with their 2-2 draw at the BBVA. San Diego native Christina Burkenroad started it off with a great header followed by Lizbeth Ovalle making a swift return to the Tigres spotlight. Maria Sanchez would fully confirm herself into the Tigres way while Monterrey captain Rebeca Bernal would solidify the shared points.

Disregarding their loss in the second week of the tournament to Atlas, Tigres has remained undefeated and their draw on Monday night not only kept them in the Superlider position but deemed them the first team to qualify for the Liguilla. Rayadas pushes back to fourth, still fighting to improve their overall form and looking ahead to that match against Puebla to gain some much-needed three points (and maybe give Aylin Avilez some additional minutes).

Shoutout the rest of the notable matches. The Clasicos took center stage but there were some good matches throughout the weekend that deserve attention. Santos securing a win over a Cruz Azul that is still vying for a Liguilla spot for the first time in their existence that will now have to take on Tigres next week. Leon’s 2-1 win over Xolos (and Renae Cuellar still reminding us why she’s one of the best in the league). Oh, and this unbelievable banger from Gaby Alvarez.

BONUS) Let the Clasicos keep the names they already have. Please.