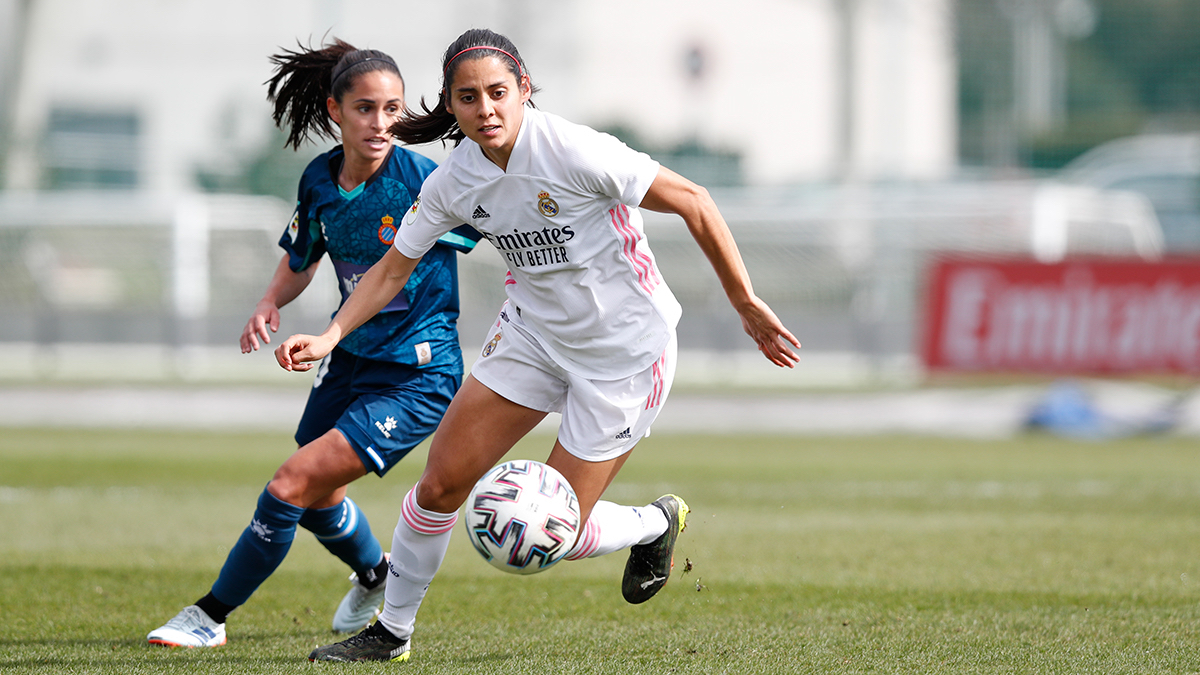 It’s been a while with the international break, but the Mexicanas Abroad are back in action (for the most part) in Europe while the NWSL in the United States is gearing up to get started soon.

Silvana Flores did not play as Reading FC lost 3-2 to Bristol City on March 8th in their first defeat of 2021. Reading will host Tottenham Hotspur on Sunday, March 14th at 12:30 PM GMT (Greenwich Mean Time). Reading are currently in sixth place with 19 points, three behind fifth place Everton and 22 behind first place Chelsea.

Estefania Fuentes was an unused substitute as Sassuolo beat Fiorentina 1-0 on March 7th. Their next match isn’t until March 21st when they face off against San Marino in San Marino at 2:30 PM CET (Central European Time). Sassuolo is in third place with 34 points, five points behind second place A.C. Milan and 11 points behind first place Juventus.

Mexican-American Anika Rodriguez played all 90 minutes as PSV defeated PEC Zwolle 1-0 on March 7th. Ceci Santiago was an unused substitution. PSV has a match against Excelsior on Friday, March 12th at 7:30 PM CET as well as a crucial match against Ajax on Wednesday, March 17th at 8:00 PM CET. PSV is in second place with 24 points, one point behind Ajax.

Jiména López played all 90 minutes as Eibar lost 2-0 to Levante. Eibar’s next match is on Sunday, March 14th when they head to Madrid to play Madrid CFF at 12:00 PM CET. Eibar is tied for tenth with 22 points, three behind ninth place Villarreal and 32 behind first place Barcelona.

Kenti Robles played 90 minutes, being subbed out in stoppage as Real Madrid beat Logroño 2-1 on March 3rd. Pamela Tajonar played all 90 minutes in goal for Logroño in that match. Robles also played 61 minutes in Madrid’s 4-1 win over Espanyol on March 7th. Madrid will have a huge match on Sunday, March 14th when they face crosstown rivals Atlético Madrid at 1:30 PM CET. Real sit in third place with 44 points, three behind Levante and 10 behind Barcelona.

Pamela Tajonar and Logroño also played on March 7th, drawing Madrid CFF 2-2. Tajonar played all 90 minutes, picking up a yellow card in stoppage. Logroño will face Sevilla on the road on Sunday, March 14th at 4:15 PM CET. Logroño sits in 17th place with 15 points, one behind Real Betis and Santa Teresa and 39 behind Barça.

Charlyn Corral is still working her way back from injury, and is training with the team again. She however was not on the gameday roster as Atlético Madrid beat Real Betis 4-0 on March 7th. Atleti’s next match is against Real Madrid on Sunday, March 14 at 1:30 PM CET. Atlético is in fourth place with 41 points, three behind Real Madrid and 13 behind Barcelona.

Kiana Palacios subbed in for Nerea Eizagirre in the 78th minute as Real Sociedad beat Deportivo Abanca 2-0 on March 7th. Sociedad will head to the Canary Islands to play Tenerife on Sunday, March 14th at 12:30 PM CET. Sociedad sit in sixth place with 37 points, two points behind Madrid CFF and 17 behind Barça.

Bri Campos and Vittsjö GIK continue to make preparations ahead of the start of the 2021 Damallsvenskan tournament in April. While they won their first two training matches 3-0 against Borgeby FK and 2-1 against IFK Kalmar, their most recent match against Kopparbergs/Göteborg FC ended in a 7-0 loss. Campos did get some playing time, starting the match for Vittsjö. Their next match is a Svenska Cupen Damer (Swedish Ladies’ Cup) match against FC Rosengård at 3:00 PM CET on Sunday, March 14th.

The NWSL has released dates for the Challenge Cup tournament. Katie Johnson and the Chicago Red Stars will face the Houston Dash on April 9th, Portland Thorns on April 15th, Kansas City on April 20th, and OL Reign on April 27th.  Sabrina Flores and Sky Blue FC will face the Orlando Pride on April 14th, North Carolina Courage on April 20th, Washington Spirit on April 27th, and Racing Louisville FC on May 2nd. Teams are also holding preseason friendlies and camps, as Johnson and the Red Stars faced the University of Notre Dame (with Mexicanas in College Luisa Delgado) in a closed-door friendly on March 7th.