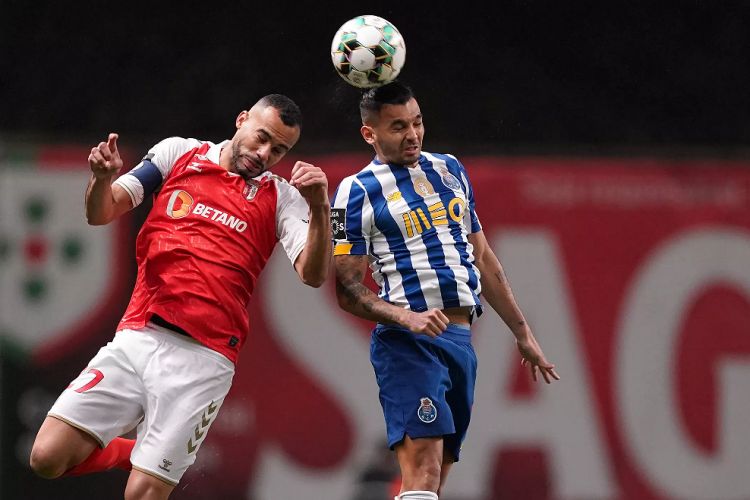 Jesús “Tecatito” Corona saw action three times this week by tallying up a total of 160 minutes for FC Porto. It was a busy week for the Dragons as they tried to inch their way to the top of the Primeira Liga table. Skipper Sérgio Conceição looked to maximize his line up to meet the physical demand of having only three days of rest between encounters. Tecatito got the start in two of the three meetings and came off the bench in a third. Porto accumulated five points in their three fixtures as Corona continued to impress with his ability to look for multiple avenues to place his team within striking distance.

The Aztec added an assist to his stat sheet on Sunday against Braga in the 54th minute of play, showing off his speed by as he sprinted past the Braga defender and towards the net to find teammate Mehdi Taremi for the 2-0 lead. The Blue and White lead was short-lived thanks to Tecatito’s double yellow in the 60th minute. The Archbishops capitalized on the man advantage by finding the equalizer in the last few minutes of play (87th and 94th minute).

Hirving “Chucky” Lozano retained his place in the starting line up this week as Napoli looked to regain momentum against two physical opponents in Atalanta and Genoa. The Gli Azzurri played host to adversary Atalanta in the first leg of the Coppa Italia. Even though both teams are known for their offensive prowess, neither found the back of the net. Despite Chucky’s efforts in 82 minutes, he could not elevate his team to victory.

After a physical and demanding encounter versus Atalanta, the Blues had little to no energy against Genoa, falling 2-0 in just 26 minutes. The Napoletanos were able to rally their only goal of the match in the 79th minute of play. Lozano played the full 90 minutes in the disappointing 2-1 loss.