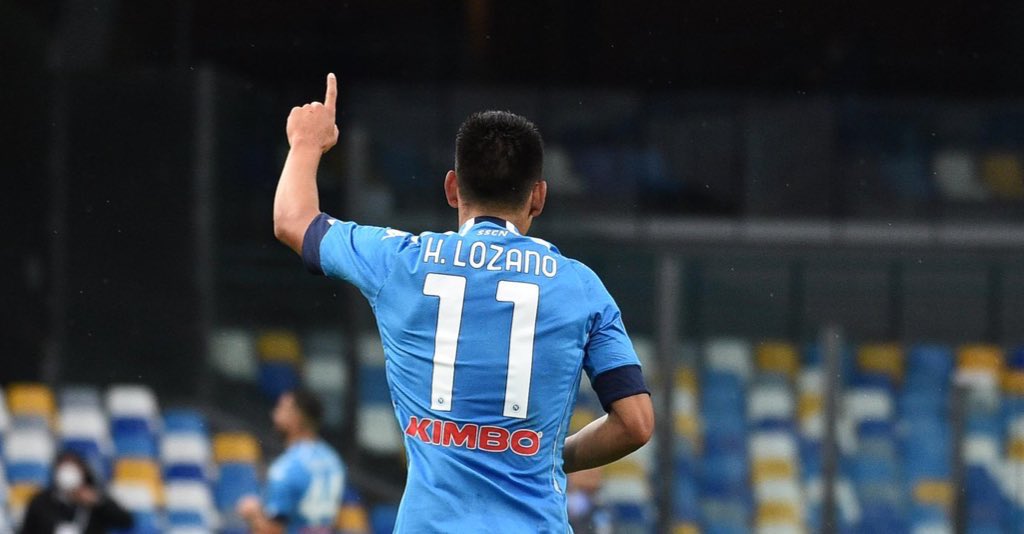 Hirving “Chucky” Lozano made history this week by scoring the fastest goal in Napoli and Lozano’s history. Chucky and the Gil Azzurri had an unfortunate week, losing two games off a two-goal differential. The Blue’s first opponent this week was against Cristiano Ronaldo’s Juventus in the Supercoppa Italiana finale. Lozano played the full 90 minutes and had a few close calls that could have turned around their misfortunes but CR7 and La Juve broke through in the second half for the victory and the cup.

Chucky finally surfaced and scored a seven-second goal against Verona on Sunday. Lozano controlled a long pass from teammate Diego Demme to knock down the historic goal. Unfortunately, this was the last time Napoli would find the back of the net. The Yellow and Blues took advantage of Napoli’s weak defense and countered with three goals of their own. Lozano played the full 90-minutes, as he tried to help rally his troops with no resolve.

Chucky Lozano with his 11th goal of the season and the third quickest goal in Calcio history!!!

Diego Lainez’s stock is on the rise for Real Betis this season. Since the beginning of the year, Los Verdiblancos remain undefeated with Diego in the starting lineup. DL20 saw action twice this week, and the Wolves obtained a respectable four points. Lainez and Guardado faced off against their countrymen Néstor Araujo’s Celta de Vigo. The Green and White were the victor in a 2-1 victory with all three Aztecs seeing action. Lainez and Araujo got the start for their respected teams, while Guardado was subbed in the 68th minute.

Lainez and Guardado opened the competition against Real Sociedad in a heated contest that highlighted both Mexican International skills and talents. After a gridlock first half, the action ignited and the goals arrived in the second half. After being down two goals, Los Verdiblancos countered with two of their own in the final minutes of the match. Guardado was subbed out in the 56th minute, while Lainez was subbed out in the 66th minute. Los Lobos will do it all over again this week and face La Real in the round of 16 (Copa del Rey).

Álvarez Back in Action

Edson Álvarez has received limited minutes this season for Ajax, with only 90 minutes in all competitions to start this 2021 year. This week, the young Aztec matched those minutes against AZ Alkmaar. Álvarez got the start for The Lancers in the Round of 16 KNVB Cup and eventual 1-0 victory.

Edson added another 17 minutes by coming off the bench for De Godenzonen against Fortuna Sittard. Ajax remains on top of the Eredivise board after that match ended in a 2-1 win. Álvarez has now seen action in four consecutive matches and should savor every moment.

Sporting 2-1 Porto (Tecatito subbed out in the 85th minute)

Porto 1-0 Farense (Tecatito subbed out in the 95th minute)