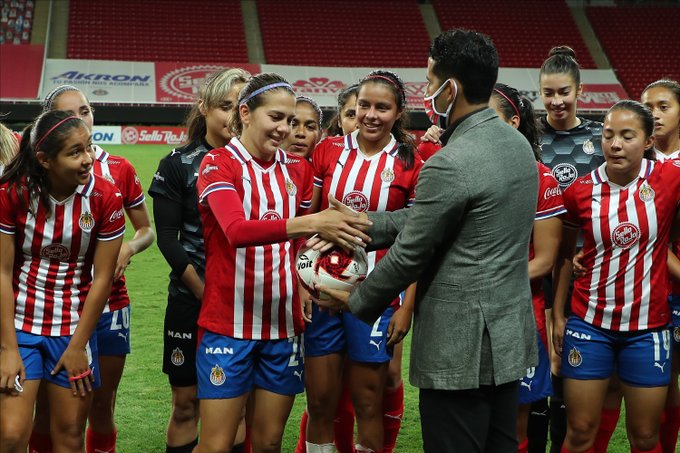 It’s hard to believe every week since the Liga MX Femenil has returned has managed to top the last one and yet, Week 4 brought out multiple high-scoring matches, some fancy hat tricks and some wonderful supporting characters. Here are my big takeaways from Jornada 4:

Goal scoring from beginning to end. After America Femenil went ahead and dominated game 1 of this week with a 6-1 win over Necaxa that included Casandra Cuevas scoring the first goal in the first 20 seconds of the match for her eventual hat trick, one could only anticipate what the other top teams this seasons would do to their respective opponents. Tigres overcame a Xolos goal to win their match 6-1 as well, supported in part by another Katty Martinez brace (her third of the season). The final game day saw Super Lider Chivas dominate Mazatlan Femenil with a 5-0 win that only gave Alicia Cervantes more confidence as she secured a hat trick of her own, racking up her tally to seven goals this season and moving her back up to golden boot leader. Regardless of the big teams, no match went scoreless and the week ended with 33 total goals being scored.

Assist makers are magic. It’s been incredibly enjoyable watching the goal scoring race featuring some of our notable favorites in Katty Martinez, Daniela Espinosa and Desiree Monsivais as well as newcomer Christina Burkenroad join in on that fun. But I want to give notable attention to those that contribute to the final product. Let’s start with newly signed Monica Flores from Rayadas who has four assists in four matches played. Flores’ pass to Burkenroad in the most recent match against Cruz Azul was perfectly placed and is something Flores has brought down the line since she joined the squad. She had an almost identical contribution to Burkenroad in their match against Leon during Week 3 and when she’s not looking for teammates in the air, she’s working her way through defenders to get them a solid through pass close to goal like she did for Monsivais in the match against Santos.

Those types of lethal passes are crucial for the overall quality of the goal and no other combination has been quite so lethal as Alicia Cervantes’ support from Maria Sanchez. A versatile player in her own right, Sanchez’s contributions are much higher up, running down the line and sending the cross in for Cervantes (or whoever is in the box) to finish it off in whatever fashion she wants. Her two assists against Mazatlán – who had questionable defending throughout the match – really allowed those watching to see the strength and intelligence in her crosses. She makes space for herself to make the pass, finds her teammates, calculates their run and anticipates where best to place the ball. After a delayed debut with the team, she’s proven herself a much-needed asset and with five assists already this season, teams would do well to make sure any cross from her is shut down immediately (although Cervantes might have something to say about that).

Alicia Cervantes appreciation section. Seven goals in four games and in her first game with Chivas Femenil she went and scored a brace. After the controversy she faced over at Atlas, requesting more money given what she had accomplished only to be told no and seeing her minutes diminished with Rayadas, her current star position really shows good things come to those who wait (even if they are unjustly forced to wait more than they deserve). At a club as big as Chivas is overall, it’s not only the goal scoring that is impressive but how she scores those goals. The assists play an important part in what she can do but her very determination to score via foot, header and even an attempted volley make her so fun to watch. Every goal scored is another confidence booster and much like I said about the team in general last week, I don’t think there’s any stopping Cervantes from scoring this season.