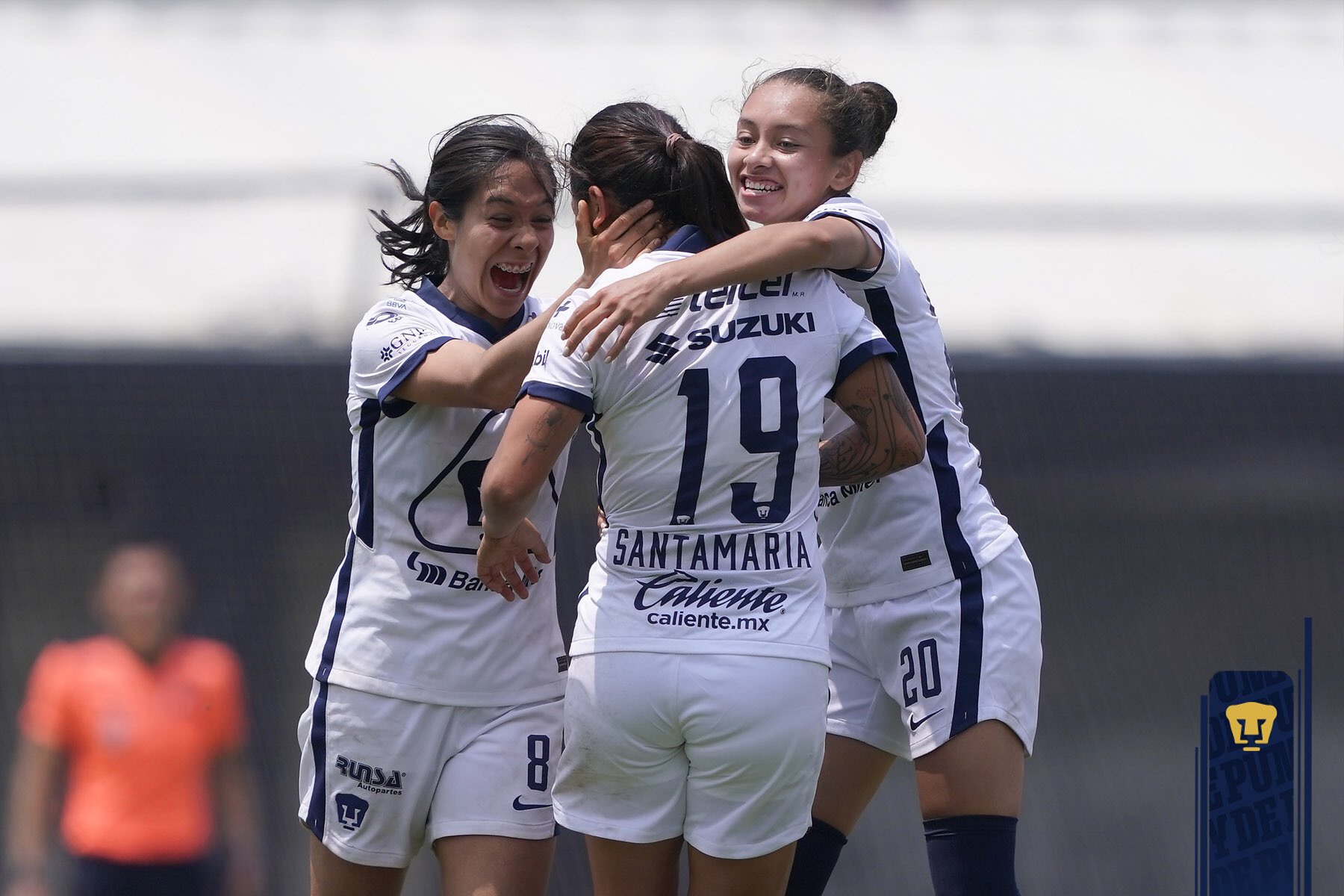 With midweek matches starting off tomorrow already and then another set of matches coming up this weekend, the Liga MX Femenil Week 5 is about accepting what happened this jornada and moving on. Here’s what we’re left with from this past weekend’s action:

Chivas hit their first reality check. After Cruz Azul’s exciting match against Rayadas during Week 3 and then their equally exciting draw against powerhouse Tigres, it seemed as though that matchup against Chivas would prove the first test for El Rebaño. However, Chivas’ leadup to that match has now become more complicated after the SuperLider for the first four weeks tied against 12th place Santos on Monday night. It was a dismal draw for Chivas Femenil, who never really clicked throughout the match with only three shots on goal, felt the weight of the off night with a penalty miss from Alicia Cervantes. Still, there were some key performances from both goalkeepers on the pitch that night: Blanca Felix and Wendy Toledo. Their scoreless draw now leaves them in third place behind America Femenil (first) and Rayadas (second). Alicia Cervantes continues in the first-place spot of the golden boot race while the team as a whole maintains the best defensive unit of the league with only one goal scored on them this season. Those strengths will be vital to focus on as they reflect and prepare for the upcoming match against Cruz Azul on Thursday.

Leon stumbles but I still picture them doing well moving forward. Leon are currently in eighth, which means if the season ended right now, they would just barely make it into the Liguilla. The last five weeks for Leon have felt like that—as if they are barely producing what they need to produce. After the dominating 3-1 match against Xolos Femenil the first week of the season that saw Lucero Cuevas get a brace, Leon has struggled to properly find their form. The fight is there, and you can see glimpses of it when they deny teams like Rayadas, Pachuca and America from getting shutout victories but it’s about finding that first-week intensity once again. Luckily, their next few matches should give them a proper playing field to do just that before the big challenges that lie ahead.

Pumas creeping quietly. Sometimes this funny thing happens where a narrative aligns itself with both the women’s and men’s side. We saw it when Tigres had a joint Championships during the Clausura 2019, America men’s and women’s team in the Apertura 2018 and Monterrey as well during the Apertura 2019. And while Pumas Femenil is not exactly having the undefeated streak the men are having, they have earned 10 of a possible 15 points and currently sit in fifth place in the standing. They did struggle slightly against Puebla and failed to have some calls rightfully given in their favor but still maintain a +6-goal differential, and have so far earned more than half of the total points they had all season during the last Apertura. As they creep quietly, we will see what they’re really made of these next few weeks as they face off against Pachuca, Chivas, Tigres and America (in that order).