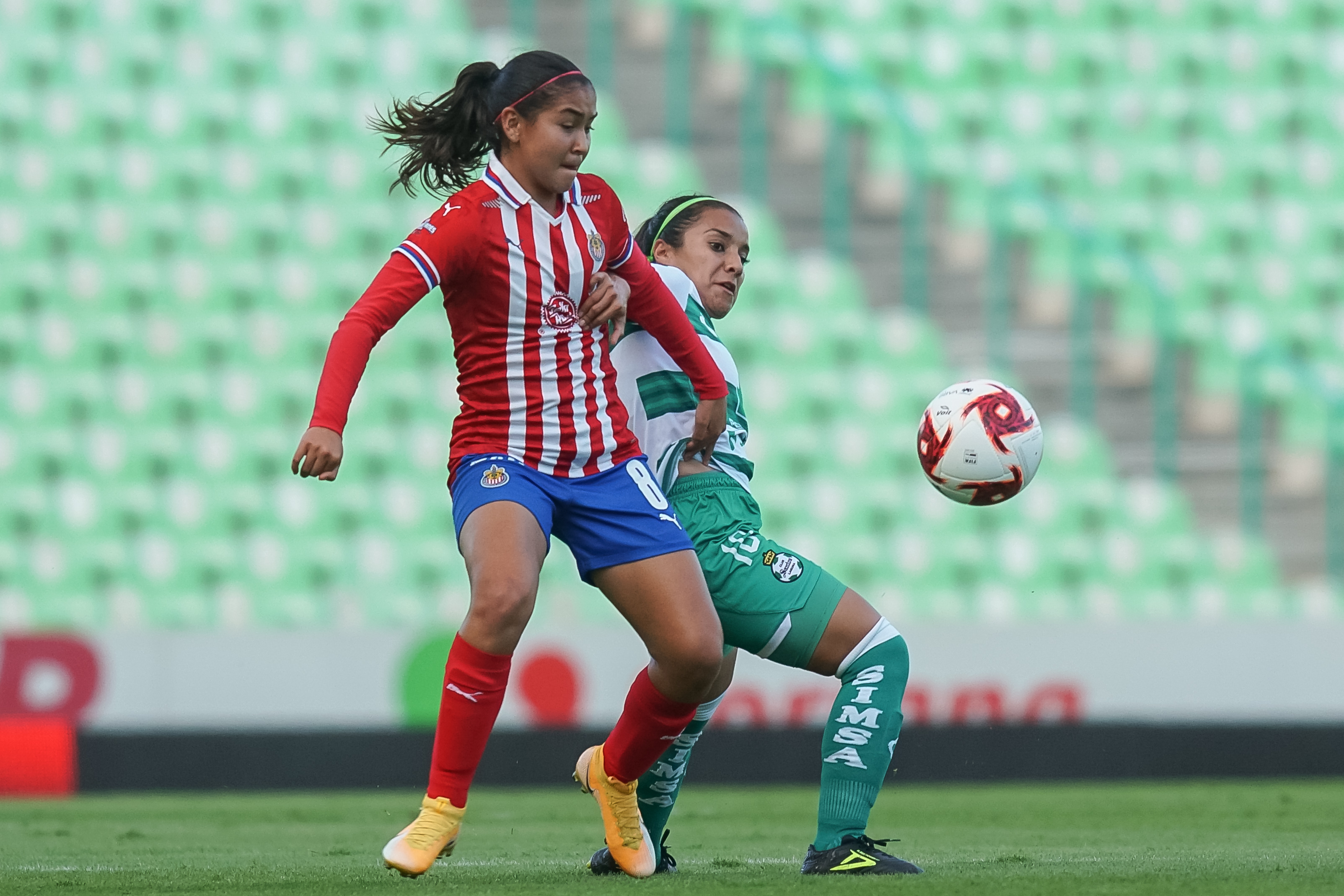 After four back-to-back wins, it was a matter of time before Chivas Femenil had to face a harsh test, and it came in the form of Santos Femenil. The home team completely neutralized Chivas’s attack, which was only able to generate one cross in the first 45 minutes, while Santos had six crosses during the same time period and kept Chivas on their own half for parts of the match. It took Chivas 66 minutes to finally get a corner kick, highlighting the difficulty they had to make it to the final third of the pitch.

In the end, it came down to both Wendy Toledo and Blanca Félix having amazing saves to keep a scoreless draw. Despite being ranked much lower, Santos have been a hard matchup for Chivas for a while now, with Chivas’s last win against them being on October 2018. Even considering that, it must still have felt like a disappointment that they could not keep the winning streak alive.

The first of three games this week should yield some important lessons for Coach Edgar Mejía, as he will need to figure out how to fix things and boost morale, with very little time to do so. These are the issues the team must find answers to as quickly as possible:

1. How to attack without María Sánchez and Alicia Cervantes? Santos was able to isolate María Sánchez, and Cervantes even had to make some runs on the left side to compensate. Setting up long and mid-distance shots is something Chivas has not done as often as they could, as Jaramillo, Bejarano, and Pérez have enough firepower to pull off a scare or two. Finding a way to break the dependency on the Sánchez-Cervantes duo is going to be key for the rest of the season.

2. Rotating players is good, but the bench needs to be balanced. Trying to keep a 32-player squad happy can’t come without certain compromises, but there were some subpar decisions regarding Mejía’s choices on bench, which was comprised by: Celeste Espino (GK), Daniela Pulido (CB), Tania Morales (mid), Victoria Acevedo (centre-mid), Joseline Montoya (winger), Lía Romero (striker), and Yashira Barrientos (striker). While there hasn’t been a need for injury-related substitutions, it seems a risky gamble that your only substitute centre-back is a player with no previous minutes, despite both of your starters having a history of ACL tears.

There were also only two midfield options, something that has long been a problem for the team. Trying to move CB Michelle González there, a position she’s not unfamiliar with, would have hinged on Daniela Pulido not showing any rust. Even if Mejía anticipated an easier match, bringing over a young midfielder like Isabella Gutiérrez would have made more sense, and she could very well have gotten minutes in an attempt to regain control of the match, which brings up the third point.

3. Substitution timing could have been better. Santos took over the midfield, and Chivas could have used Tania Morales coming in much earlier (she subbed in for Caro Jaramillo in the 71st minute), to provide much needed experience and leadership on that line. Joseline Montoya has given more than enough reasons to be considered for a starting position, or at the very least gotten more minutes, as she has been great at improving the attack whenever she’s come in. In fact, Montoya had give crosses in the 19 minutes she got, which is more than the rest of the team combined for the full match.

In his post-match press conference, Mejía applauded his team for the effort they put in the latter parts of the match. “My takeaway is the reaction my team had during parts of the second half. We know the first half should have been much better, we have a clear reading on the game and I think we needed to stick more to the game plan, but in the second half we were able to press better and had a very clear chance we could not convert (a penalty kick by Alicia Cervantes that was saved by Wendy Toledo),” he mentioned. “We rescued a point and need to think about the match ahead.”

While there was also a clear dip in form from the players, who were unable to show the best version of themselves, Mejía would do well in assuming his responsibility in finding alternative approaches when his main plan does not pan out. We’ll see if he can find the answers against Cruz Azul, a game that, in his words “will surely be similar to this one, it will be hard-fought, with a lot of intensity, and I talked about it with my staff–these matches help, particularly to my team to not slow down and keep working hard every day.”