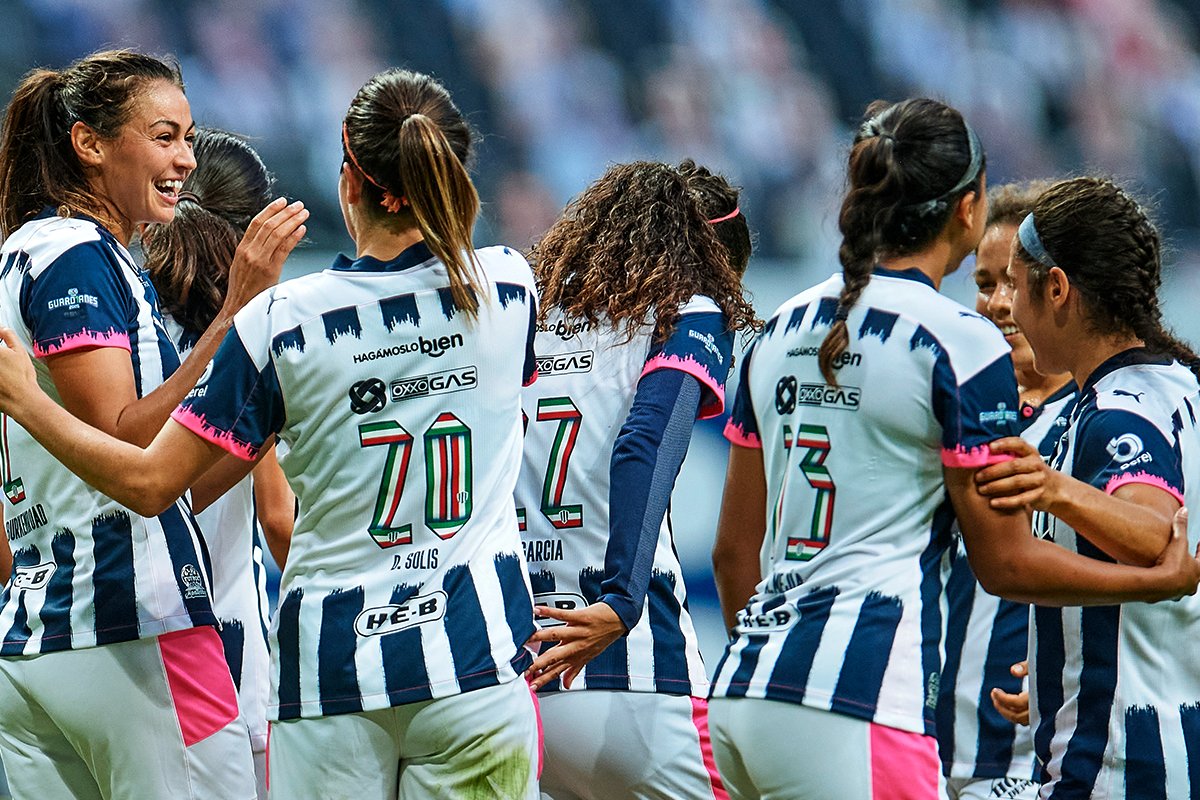 Two jornadas came and went for the Liga MX Femenil this past week and it was exhausting with both its surprising results and unexpected run for some teams. My three collective takeaways from both Week 6 and Week 7 of the Guard1anes 2020 season.

Rayadas is very much the SuperLider. A 5-0 win against Juarez during Week 6 and a 6-0 victory over Mazatlán in Week 7 leaves Rayadas in the top spot in the standings with a goal differential of +20 and a perfect, historic record in Liga MX Femenil history with a winning streak for seven weeks. Though Chivas has had an impressive run this season, only allowing two goals in the same amount of time (Rayadas has conceded six goals this season), it is now Rayadas’ more stable run of form that needs to be given recognition. Game in and game out, their fluid style of play alongside the vast variety of players the team has for goal-scoring options allows them to be undefeated in the way they are. Even in matches that have proved to be challenging, as was the case against Cruz Azul, Monica Flores’ assists, new signing Christina Burkenroad and Yamile Franco’s goals and much more of Rayadas’ strengths are seen and seem to be growing with every passing match. Their next match is against Necaxa which should be a smooth ride and should prepare them for their first encounter with a top team in Chivas Femenil in Week 9.

Xolos can’t find their rhythm. Sitting in last place on a seven-game losing streak, it’s hard to believe Xolos was once qualifying for their first Liguilla ever back in 2019 with many who follow the league excited for future growth. But COVID hit, financial hardship hit the league and Xolos in a lot of ways, with the departure of Carla Rossi from the head of coaching staff, and players like Jocelyn Orejel and Veronica Perez venturing off to bigger teams. Even with sparks of what Xolos can be showed during jornada 7 with a fantastic golazo from Renae Cuellar that helped her team get a near first-win against Toluca (who would get a late-game winner from Natalie Mauleon), it’s been a disappointing tournament from Xolos Femenil. It wouldn’t be surprising if Frankie Oviedo is dismissed soon especially after his polarizing post-game comments.

This was a lot of matches in the span of one week. It was fun to have so much Liga MX Femenil to consume in such a small amount of time. It was also incredibly exhausting. Week 6 started just two days after Week 5 ended and Week 7 followed suit just two days later. Three matches in a span of 10 to 11 days for each team with many teams having to travel by bus, adhere to COVID guidelines and travel one day prior or sometimes the same day for their match gets me tired just thinking about it, let alone having to play a match under those conditions. Some of the players are also still having to deal with the lingering effects of COVID and the strenuous demands of the double jornada did not do them any favors (not to mention some of these players aren’t even paid a substantial wage to have to deal with all this). It takes a lot to make sure the matches are all accounted for after losing the original Clausura 2020 and having to reschedule matches due to positive test results. I just hope – like so many of us in the world – that the players are taking care of themselves and get some much-needed rest before the next jornada.

BONUS – Congrats to Necaxa on their upset win against Cruz Azul in Week 7.