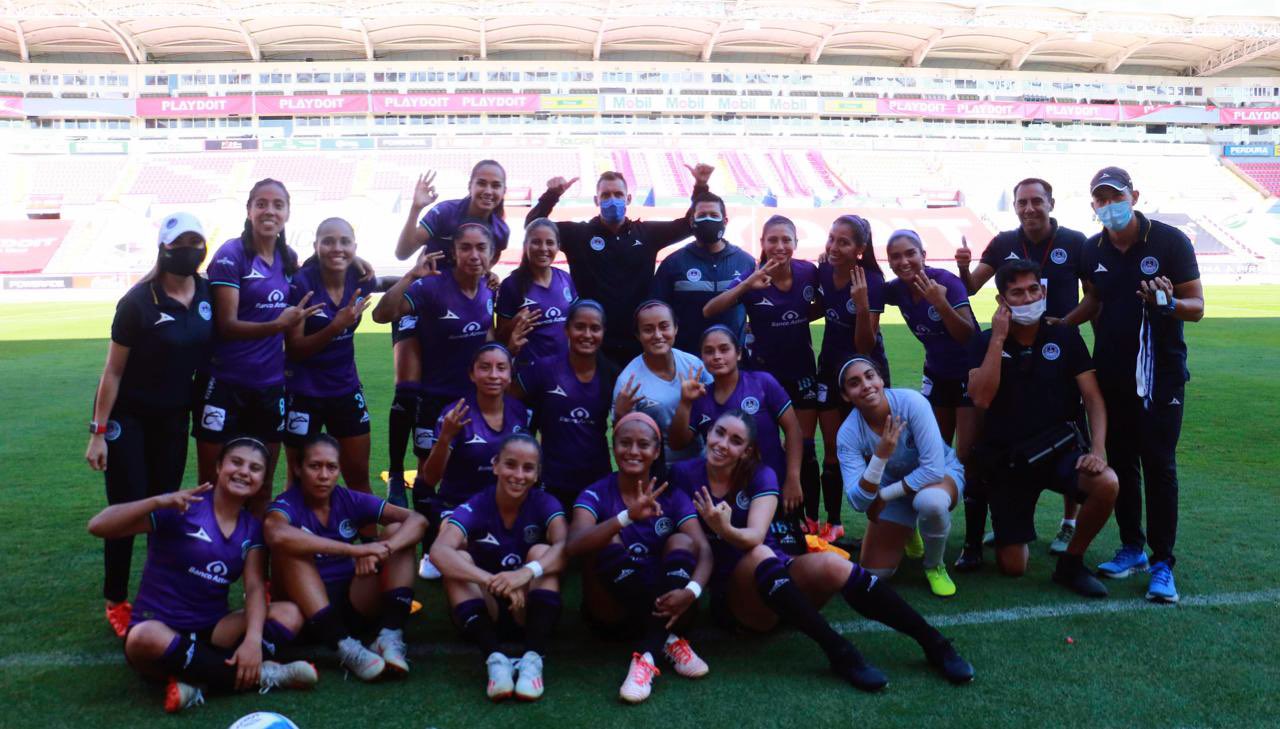 Week 3 is officially in the books with a plethora of goals, a golden boot race that is so close, and triumphant victories for smaller teams. Here are my three takeaways for this week:

Mazatlán finally won a match. Disregarding the Spongebob references I so badly want to make every time I think about this organization, Mazatlán Femenil has been refreshing to watch since their first match against Atlas. They have yet to leave a match without scoring a goal (which is impressive given their second match of the season was against Tigres) and finally got their first victory against last place Necaxa this past jornada. They currently sit in 12th place and with Liliana Hernandez (who has two goals so far this season) at the forefront of their offense, and the power of the magic conch, the team has shown their will to play assertively when attacking and aren’t afraid to take the risk of seeing where those chances take them. Their next match against Chivas will likely not come out victorious but if they are able to expose those small chances to convert in the same way Toluca was able to last week, they might continue their run of fighting off big teams from getting clean sheets.

The goalscoring race is going to be enjoyable to watch. Desiree Monsivais’ fifth goal against Leon on Monday that currently has her at the top of the golden boot race was so stunning to watch. But she’s not the only goal scorer that followers of the Liga MX Femenil are looking forward to watching with each passing week. Alicia Cervantes is the new favorite signing for the league, and Chivas Femenil and grows more confident with every goal she scores. Katty Martinez can’t stop scoring braces for Tigres Femenil while Daniela Espinosa is prepared for every aerial cross that comes her way. Jacqueline Ovalle rounds off the top five with her experienced technique and it’s hard to not want all these players to keep flourishing. My money is on all of them.

Chivas isn’t slowing down any time soon. Neither are Tigres Femenil & Rayadas for that matter, but I think attention needs to be given and should be given to Chivas Femenil. While Rayadas is coming off a league title from 2019 and Tigres have basically deemed themselves legends during the three-year existence of the league with their two titles, Chivas has had their work cut out for them since being the crowned the inaugural champions in the league’s first ever season. Since that first trophy in the Apertura 2017 season, Chivas has dealt with two seasons without qualifying for the playoffs and eliminations in the semifinals and the quarterfinals when they did qualify. Most recently, they dealt with the sudden departure of head coach Ramon Zevallos but even then, the foundation of the team has helped make it to what it currently is three weeks in. A team with 10 goals in favor, one goal against, three consecutive wins, a quality goal scorer in Alicia Cervantes (see above) and a SuperLider position that will be facing midtable teams for their next five matches, it doesn’t seem like Chivas Femenil will face any big challenges soon.

BONUS – We still are having the wrong discussions. This is a different type of wrong than what we discussed last week. This wrong doesn’t involve growing the league through rectifying journalistic faux paus in regard to events that happen on the field. Unfortunately, this is a wrong that is much more ingrained in society. Let’s start with Janae Gonzalez of America Femenil. After posting a photo from America’s picture day that showed her holding a Mexico flag above her head, Gonzalez revealed via Twitter the Instagram comments she was subject to that questioned her “Mexican-ness” given her place of birth and her Spanish-speaking abilities. Gonzalez went on to do what so many Mexican-Americans have done for ages – she proceeded to defend herself and the passion she has for her country. Friendly banter about the cultural differences between Mexico-born players and players born in the US is common and creates for fun moments between teammates as Janelly Farias told us a few weeks back on the ‘Our Futbol’ podcast. But too often, it’s alienating and forces a doubt within Mexican-Americans about what their identity means, myself included (when I first began to covering the women’s league, I was asked by a few randoms on twitter why I was tweeting in English and not Spanish).

Alienation is a really good tool to prohibit something from growing and in the case of women’s soccer and the Liga MX Femenil, forces an issue on the players themselves. A recent point arose about personal branding and performances on the field, comparing Norma Palafox and Lucero Cuevas and their respective goal tallies, indicating Norma Palafox shouldn’t have the platform she has because she hasn’t accumulated the “appropriate” number of goals to do so.

These narratives do nothing. Personal branding is such a huge aspect to not just women’s soccer, but all athletes, media personalities, etc. Formulating the unfortunate economic discrepancies female athletes face in much more severe ways than male athletes do for playing the same professional sport as an issue players are responsible for fixing rather than a larger discussion about the lack of sponsorship opportunities, visibility from their teams, and so many other underlying factors is wrong.

I realize we keep having archaic discussions about issues that should’ve been resolved a long time ago, and it’s not just in women’s soccer. I suppose it’s just unfortunate to know these discussions aren’t going away as quickly as they should. But we should still do what we can to minimize them.