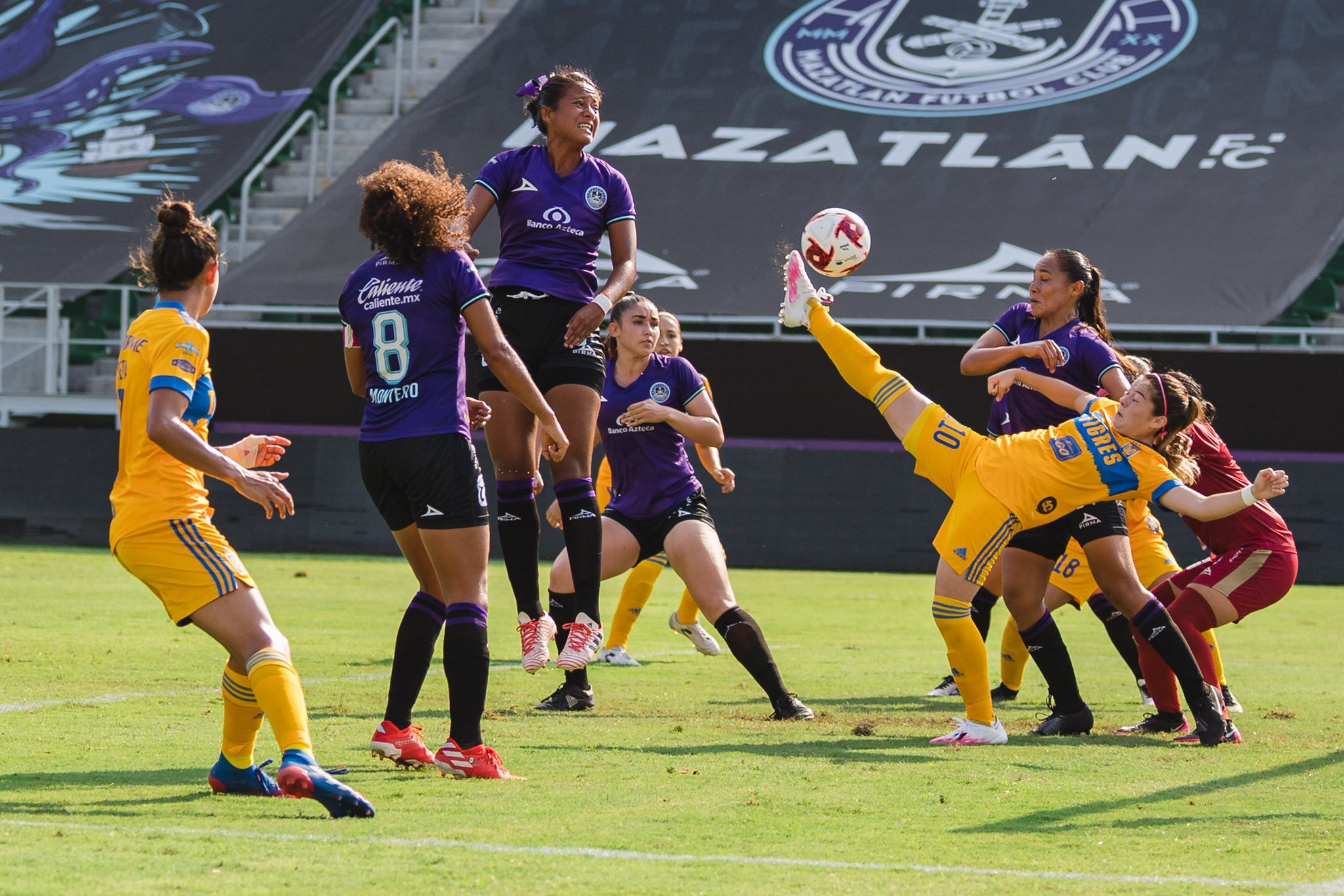 The second week of Liga MX Femenil action has come to an end but not without its own share of memorable moments. From the goals on field to questionable performances from those outside of the field, here are my takeaways for Week 2.

The typical top teams are finding their form. After being shaky against Puebla during Week 1 and even letting Mazatlán score first in their face off during Week 2, Tigres finally showed their true form of domination with a 4-1 win featuring goals from Jacqueline Ovalle, Fernanda Elizondo and Katty Abad who returned after being quarantined the first week due to a positive COVID test with a brace to welcome herself back (by the way, this is her *13th* brace since she joined the league). Abad’s return proved that an established foundation is crucial and held true for the rest of the top teams in their respective matches. Super Lider Chivas, who maintains the top spot in the standings came out with a 2-0 victory over Necaxa, with newcomer Alicia Cervantes adding another tally to her goal scoring sheet while veteran member of the squad, Nicole Perez, secured the second. America’s midfield and attacking side made up of returning members Dorian Hernandez, Daniela Espinosa and Selena Valera (who has been with the club since late last year) allowed Las Aguilas to maintain composure and keep the lead in their 3-2 victory against San Luis. Rayadas themselves might be delayed from playing their Week 2 match until Thursday, August 26th but they too will likely come out of that match against Santos with a win.

With that being said, the “smaller teams” continue to show promise. Mazatlán scored first against Atlas last week then again against Tigres this week with a good goal from Liliana Hernandez. Granted they might be sitting in last place after two straight losses but as the season progresses and they face off against more leveled competition, I think they might have a good amount of fight in them to secure a decent number of wins. Puebla faced off against Rayadas last week with two goals and this week got their first win of the season against Xolos. San Luis was able to get two very good goals, including a golazo from Paola Alemán, in the last minutes of their match against America. Even more formed but still developing teams like Cruz Azul, Atlas and Leon are fighting to escape the threshold with really impressive performances. Our quinielas will continue to suffer because of it.

As the league grows, more discussions will be had about how to properly cover it. So much of the Liga MX Femenil, and women’s sports in general, deal with topics and issues that take place outside of the field. Growing pains are a fundamental aspect of how leagues develop, and discussions will arise about what best practices should be in order for progress to continue and for the league to flourish into what it can be. I’d like to believe we’re moving past the portion of this progress where remarks like Caixihna’s “We don’t play with skirts” won’t be tolerated or accepted and that now we’re hitting the point of microaggressions. Those subtle little hints that remind us of the often condescending and frustrating aspects of wanting to have the league be taken seriously. Whether it’s something inexcusable like the Azteca TV announcers mistakenly calling Tigres Femenil player Stephany Mayor “Sandra”, another announcer referring to Puebla Femenil’s professional team as “Franjitas” (Little Stripes; as if they’re little girls) or subtle like those same announcers from the Tigres-Mazatlan game spending the majority of the match making jokes and side commentary, making the audience feel as though they weren’t taking it seriously (especially after the Mayor slip-up).

I think anyone who has been part of the grassroot movement of the league is very happy with the exposure the league is getting both on social and within the media but to settle would be a disservice to what growth it still has left to benefit from. People may make mistakes, sure but accountability has to be consistent and a willingness to change from those held accountable is the only way we move forward. Not just in sports.