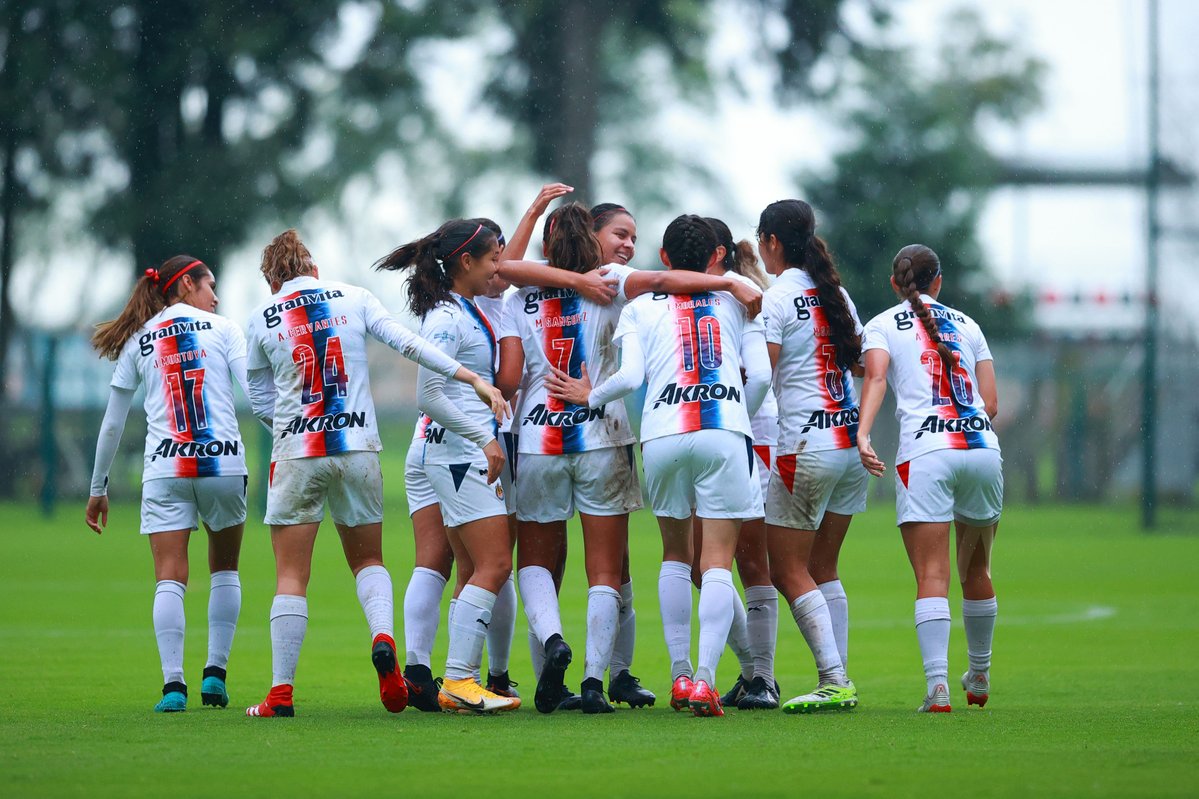 Chivas got their third win in a row and remain in first place after a 4-1 win against Toluca. The team came into this match with the task of fixing their second half performances, which had been somewhat underwhelming in their first two games. Coach Edgar Mejía mentioned during his post-match press conference that “winning is important, but the main goal was for the players to do spectacularly. The truth is they managed the game well, which is something we were especially expecting [to happen during the second half].”

Toluca provided the perfect test, as they were able to even the scoreline in the 40th minute, with a goal by Mariel Román, off a corner kick. Alicia Cervantes had given Chivas the lead in the 17th minute, with a right-footed finish over the goalkeeper, from a María Sánchez assist. (On a video breakdown of the goal, the league calculated her xG at 0.15, which shows the incredible form Cervantes is in, as she’s currently able to convert even the more complicated shots with seemingly no effort.)

Before this game, only one of six Chivas goals had been scored in the second half, but the team more than made up for it, scoring three times: the first, by Joseline Montoya at the 55th minute (she had just come in as a sub for Norma Palafox) with a shot from just inside the corner of the box that came with drama of its own, as the ref had originally overruled it when she thought Alicia Cervantes had kicked a Toluca defender as she raced to make sure the ball went in.  Nicole Pérez made it 3-1 soon after, and María Sánchez would get her first league goal with a long-distance shot after Pérez was able to intercept a clearance by Toluca’s goalkeeper. A standout for Chivas since her signing, Sanchez finally got that long-awaited goal in her seventh match with Chivas.

Even though the team’s stellar performances on attack have been garnering the most attention, Mejía highlighted Blanca Félix’s saves as instrumental to their positive result at Toluca. “Blanca Félix’s save (at the beginning of the second half) was key so the team could keep pushing offensively,” he stated. “If they had scored on us, things would have been quite different, and luckily, we can count on Blanca being completely focused.”

The team’s been solid across all lines so far, with Félix assuming a more mature leadership role, stepping in as captain this season over veteran Tania Morales who was injured and was able to finally get her first minutes of the new season against Toluca. With 88 and 89 matches respectively, they’re currently the two players on the roster with the most appearances for Chivas. Being only 24, Félix can further cement her icon status in the seasons to come.

The atmosphere surrounding the team, and one that has enabled these shifts in roles to happen seamlessly, was noted by midfielder Nicole Pérez. “We’re a team with a very healthy relationship, there’s no jealousy,” she mentioned. “If I see my teammate is playing, I’m happy for her, that she deserves it because she’s putting a full effort every day. This attitude’s helping everyone a lot because it generates a very demanding competition, but it’s one in which we all support each other.”

It’s quite encouraging to see this mentality and also this kind of environment in a team full of young players like Pérez, Anette Vázquez (both of which made the u-17 World Cup final in 2018), as well as Joseline Montoya and Kinberly Guzmán. All four have been part of the U20 national team under coach Mónica Vergara, who was present at the Toluca match. Pérez’s and Montoya’s performance must have certainly caught her eye, and if they’re able to keep up, it bodes well for them and for the future of Chivas and the national team — both on the youth and senior levels.