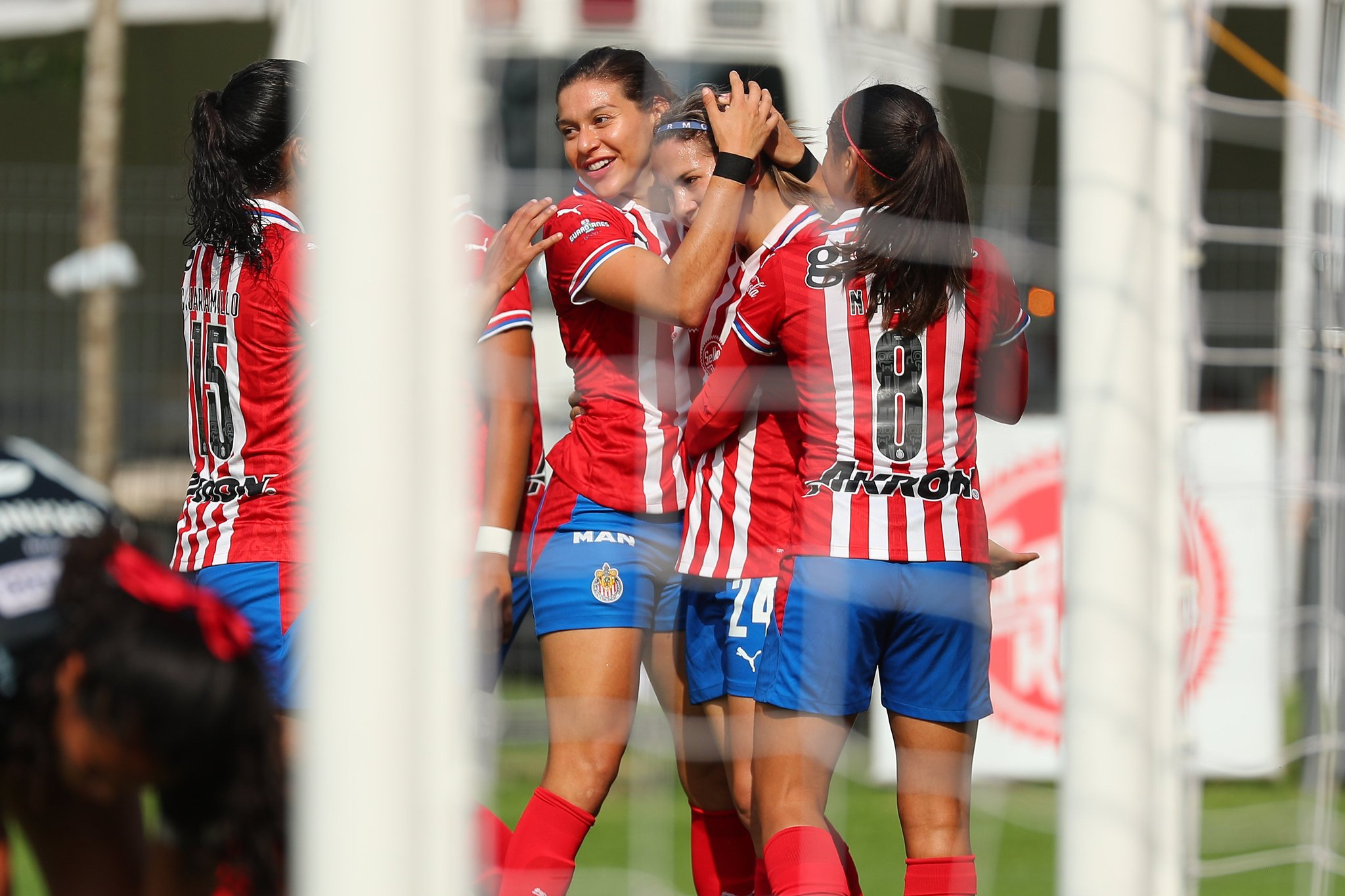 Chivas were able to continue their winning streak and add another clean sheet after a 2-0 win against Necaxa on what was their 100th league match and first home game of the season.

Alicia Cervantes proved that she’s determined to carve a name for herself with this team, beginning with a shot that hit the post in the 10th minute, and opening the scoreline at the 12 minutes, thanks to a header goal with an assist from María Sánchez. Just eight minutes later, Carolina Jaramillo would send a pass to Nicole Pérez, who was able to shoot from the edge of the box to double the lead.

Necaxa had a goal overturned at the 57th minutes, as the referee ruled that it had come off a wrongly executed free kick. Despite their best attempts, both teams were unable to get another goal, and the match ended with a 2-0 result for the home team. Chivas have begun their season in style. Here are the main takeaways from their first two matches:

1. It’s still too soon to figure out if coach Edgar Mejía has all the answers, but he’s off to a good start. Despite not having a say in any of the signings, and joining two weeks before the season opener, the team has shown a strong sense of confidence on the pitch.

Mejía’s first task was to keep together a roster that is a complex mix of youth, experience, title winners, and national team players. The fact that this is also his first experience as head coach for a women’s team (and is even younger than his oldest player) rightfully generated some skepticism.

While it’s hard to truly know what’s happening inside the locker room, Mejía has shown, at least in public, a willingness to be open and listen (during his first interview he mentioned that he wanted to become the coach the players needed, instead of coming in and trying to impose things). He’s also kept an eye on even the smallest details in terms of maintaining professionalism from players (per the Chivas TV broadcast, his request that they show up to training properly bandaged, and equipped with shin guards is non-negotiable). Being able to properly balance both is going to be key in terms of creating a healthy atmosphere that allows for trust in the process.

So far, it seems like the locker room is happy, which must be in no small part due to them not only winning as expected against Juárez and Necaxa, but also by the fact that such wins have been secured in a relatively comfortable manner through teamwork.

2. Players who just joined have clicked, and players who were already established have upped their game. When discussing the team in interviews, Mejía has pointed out several times that players live off their performance. It’s undeniable as Jaramillo and Cervantes on the offense, and Michelle González on defense, have all fit seamlessly with the team, but we’re also seeing the rest of the players improving, with Mejía also highlighting what he has seen as a desire on their part to reinvent themselves.

Norma Palafox seems to have recovered her match rhythm and proven herself worthy of the spot left by Rubí Soto. Nicole Pérez and Miriam Castillo, long undisputed starters, had strong showings after limited (if any) minutes in the season opener. Pérez returned with a goal as well as some key defensive interventions, and Castillo had 91% accuracy, being able to both distribute to her left and right backs from her center-mid spot, as well as moving into the opposing half and sending some passes into the box’s perimeter.

When asked during the post-match press conference about how much more complicated drafting a lineup would be once players of the caliber of Janelly Farías (who is a consistent presence with the senior national team), and Tania Morales (the perennial team captain and left midfielder) were once again available, Mejía was quick to point out that he needed to be as objective and fair as possible, and that facing a complicated decision when choosing which players were at their best was the kind of problem he and his staff preferred to have.

The team’s main shortcoming so far, and one which Mejía also admitted to, is a dip in form during second halves. The team’s already shown good balance between the wings (producing exactly eleven crosses from each side, up from their first match), but generated less shots and shots on target than in their previous game, so it’s a matter of finding both consistency and effectiveness with their chances when they have them, which will be key against tougher opposition who can keep up with their pace.

With just four days before their next match against Toluca, they might get the chance to hone in those problem areas. While Chivas have won 2-1 and 3-0 in their previous face-offs with them, Toluca are a hard team to visit, as they are full of young talent and have a home venue at a higher altitude than Guadalajara’s, which should provide a good way to test what they’ve managed to build on their first two games.