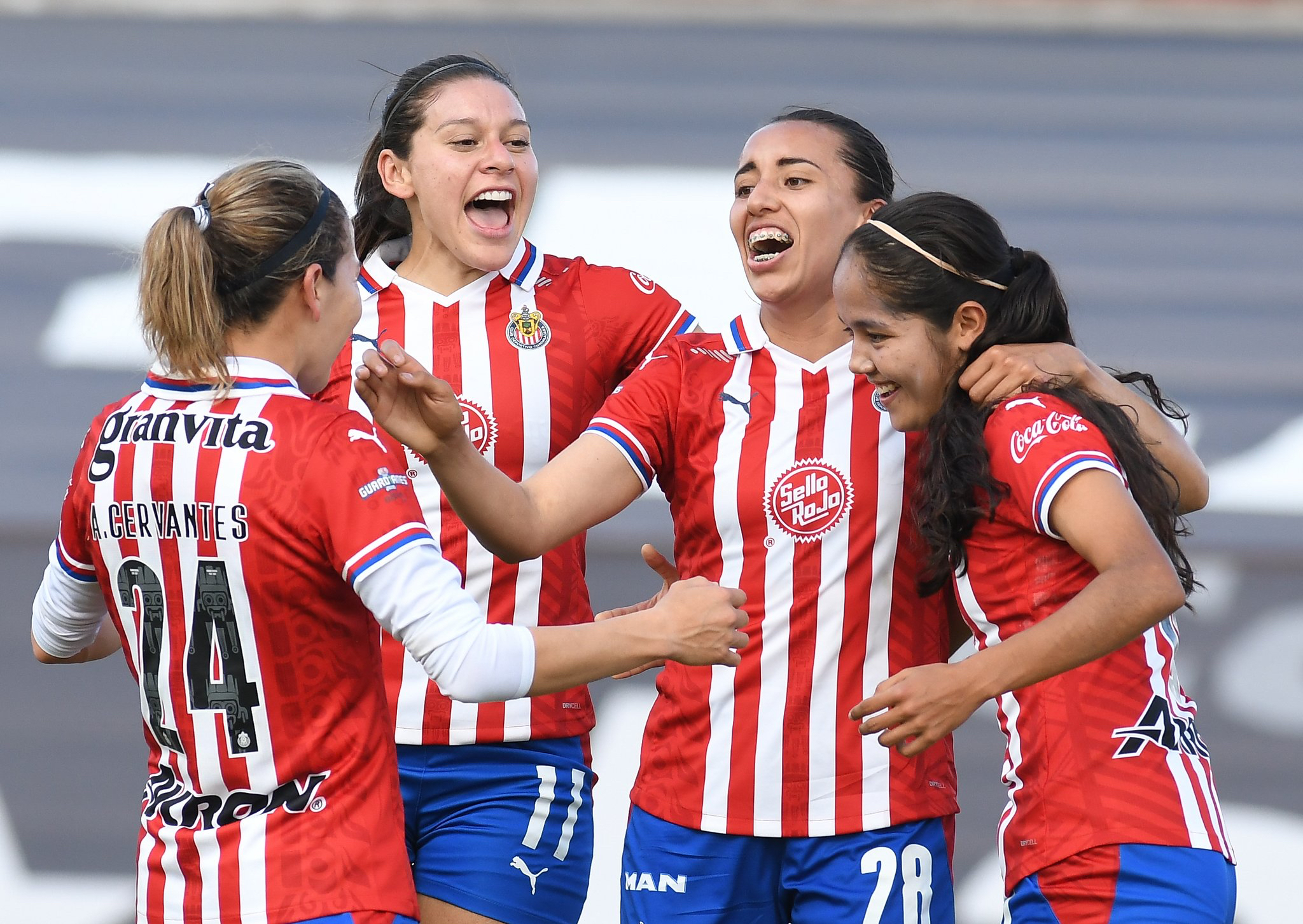 After five months, four player signings, three player departures, and one coaching change, Chivas Femenil were back on the pitch with the task of kicking off the Guard1anes 2020 season. While they were favored to win, a 4-0 dismantling of FC Juárez, (which is now their best-ever result at a season opener) was still quite the surprise.

The team started the match in style with new coach Edgar Mejía’s revamped lineup, having their first chance on the 4th minute, when Alicia Cervantes hit the crossbar after catching a rebound from a free kick set in motion by Andrea Sánchez. At the 15th minute mark, María Sánchez sent a corner kick to the box, with Cervantes ducking to let Miriam García finish. García missed, but the ball bounced off Juárez defender Melissa Sosa, making the season’s first goal an own goal.
Chivas would continue to press Juárez, with María Sánchez yet again executing a good corner kick that Cervantes was able to get a header on, but which was deflected by Juárez goalkeeper Alondra Ubaldo. Luckily for Chivas, Michelle González was able to push the ball in to make it 2-0. It was an emotional moment for González, who had spent a year recovering from an ACL tear, just after being signed by Chivas. To cap off the first half, it would again be María Sánchez who would serve the assist for Cervantes to finally be able to get herself a goal in the 34th minute, with a great finish in between defenders to send Chivas to the halftime break with a 3-0 lead.
Just at the start of the second half, Cervantes was able to get her debut brace after getting an assist from the right side of the field from Norma Palafox, and finish it with a header. Chivas were able to fend off Juárez for the rest of the game, and even had the chance to widen the margin as María Sánchez got awarded a penalty at 89’. Unfortunately for Sánchez, her shot hit the post.
It’s worth taking a deeper look into what went behind the team’s result, as Chivas were facing several questions ahead of the game, and were quite able to find all the right answers. Making his Liga MX Femenil debut with only two weeks to prepare, coach Mejía had two main issues to figure out:

1. Who to line up?
With four new signings (goalkeeper Fernanda Ayala, midfielder Carolina Jaramillo, striker Alicia Cervantes, and centre back Dayana Madrigal), as well as the return of two players (Michelle González and Gabriela Huerta) from ACL tears, Mejía had plenty of options to choose from. While no one would have blamed him if he had kept the lineup his predecessor, coach Ramón Villa Zevallos had used, he decided to shake things up, and only five of the players from the team’s last match made it to the starting eleven (goalkeeper Blanca Félix, centre back Miriam García, left back Andrea Sánchez, midfielder Susan Bejarano, and winger María Sánchez). The team had three players debuting with Chivas (centre back Michelle González, midfielder Caro Jaramillo, and striker Alicia Cervantes), with Jaqueline Rodríguez returning as the starting right back, as well as 16-year old Isabella Gutiérrez and Susan Bejarano rounding up the midfield. Notable absences included captain Tania Morales (left mid) and Nicole Pérez (right mid), who did not make the trip with the team. It’s unclear if they were injured, or if this was merely a tactical decision.
2. How to make up for Rubí Soto’s absence?
Before signing to Villareal, Rubí Soto was the team’s leader in assists, second in goals scored, and the league’s leader in duels won. Instead of burdening a single player with the task of doing everything Soto did, Mejía chose to re-design the team’s entire right flank: from Michelle González and Jaqueline Rodríguez on defensive duties, to Isabella Gutiérrez taking over the mid, and giving Norma Palafox the chance to be the starting winger. The gamble paid off, with González and Rodríguez being among the top three in passing accuracy for the team, Gutiérrez creating two chances and holding her own on duels, and Norma Palafox delivering an assist, as well as having some opportunities of her own. The team showed a great balance offensively, with the left wing commanded by María Sánchez, who had an outstanding performance of her own, generating nine crosses, and the right side producing eight. Being able to keep both sides firing, and Palafox switching spots with Sánchez, is going to boost an offense that sometimes relied too much on what Soto could build on her wing. While the team still used the 4-3-3 formation that has been the most recurring in the past year, the pieces used by coach Mejía made the team look faster and more aggressive than it has looked in a while.
While it remains to be seen if Chivas can keep up during a season that is going to be tightly scheduled, and if Mejía will be able to solve more complicated puzzles in the form of teams like Tigres, Rayadas, América or Atlas, the match’s result was a great way to start and build some much-needed confidence for the team. It’s always much easier to fix things when you have an away win and three points in the bag.