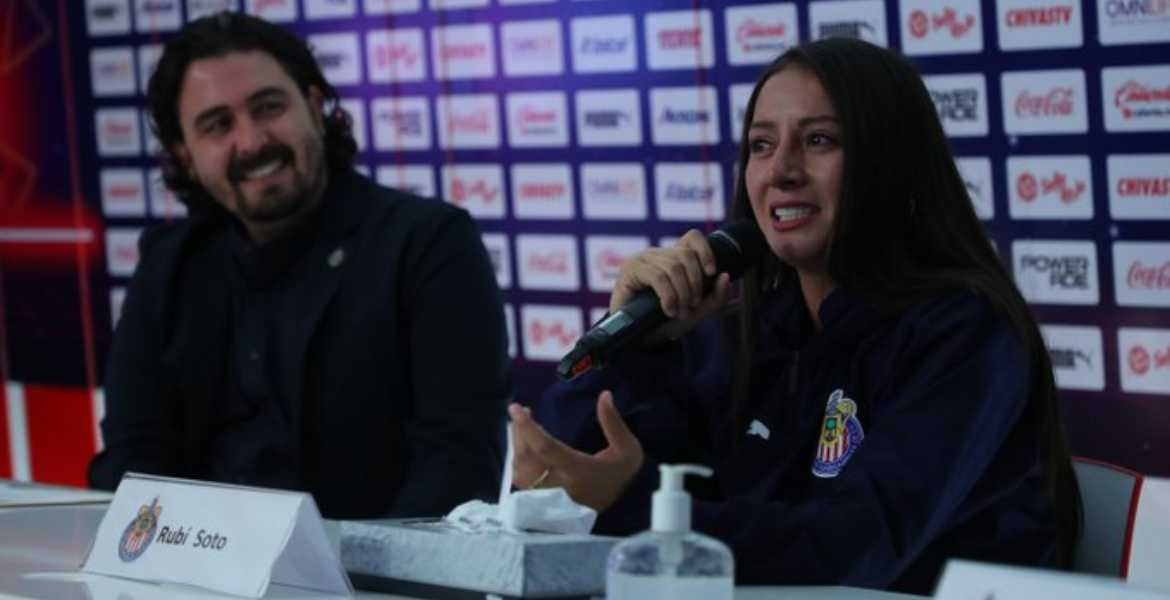 Rubí Soto becoming the second player to leave Liga MX Femenil and sign with a European team might have come as a surprise to many, but it’s a testament to what the league can accomplish when clubs support the women’s game. The press conference about her departure truly showcased the work Chivas Femenil has been doing for the past year, in large part influenced by Nelly Simón Fernández as their sporting director, and under Chivas president Amaury Vergara Zatarain’s leadership.

Soto has never been the most talked-about player in the league, or even within Chivas Femenil, but the fact that she was able to maintain a steady goal production under three different coaches (and even during her now former team’s roughest patches) speaks volumes. She became one of Chivas’s leaders last year, not only in goals scored (with 20, she is the all-time leading goal scorer), but also in assists.

She became a valuable asset within a squad that never depended on a single standout striker, but rather turned goal-scoring duties into a collective team effort. Aside from her clear strengths as the best right winger in the league and a record of 29 victories in one-on-one challenges this season, her defensive capabilities drastically improved as she took advantage of her speed and transformed into an even more complete player than she was.

Soto’s signing to Spain’s second division Villarreal is now a watershed moment for Liga MX Femenil, as the 24-year-old becomes the first Chivas- and solely league-developed player to emigrate without any prior experience in Europe or even the national team; a fact Nelly Simón highlighted during the press conference.

The significance of the moment was not lost on Chivas Femenil, who set up a 50-minute press conference, with Amaury Vergara, Nelly Simón, coach Ramón Villa Zevallos, as Soto fielded questions, and was replete with videos of Soto’s highlights with the club, farewell messages from Chivas players, welcomes from her new teammates, and attended remotely by the full women’s and men’s teams and staff.

Chivas president Amaury Vergara’s initial remarks recalling Javier “Chicharito” Hernández’s transfer to Manchester United made it clear that the intent was to tie the young Mexican’s departure into the club’s history and to give their team’s leading goal scorer the send-off she deserved. There were plenty of emotions, in what was clearly an overwhelming moment for Soto, who lost her mother just three weeks ago, as both her and her father spoke.

The move also marks a significant moment for the push Mexican women’s soccer has seen since the creation of the domestic league. Chivas Captain Tania Morales, in a message delivered during Tuesday’s announcement, mentioned her teammate as now bearing the dreams of all the players in Mexico, bringing attention to some of the league talent that has seemingly been neglected by the national team, implying if Mexico desires to become more competitive, it would do well to include more league-grown players in the conversation. Morales’s message also spoke to the league’s more veteran players who–much like Morales–can now see the newer generations have opportunities they could only dream of.

During the announcement, both Nelly Simón and Amaury Vergara spoke of the club’s desire to forge partnerships within and outside the league to help grow Mexican women’s fútbol. The care and effort put just into today’s proceedings bodes well for their intent. Overall, it was a great day for women’s fútbol in Mexico, for Chivas Femenil, and for Rubí Soto, who came seemingly from nowhere, and has now made history. Let’s hope she opens the doors for many others like her.