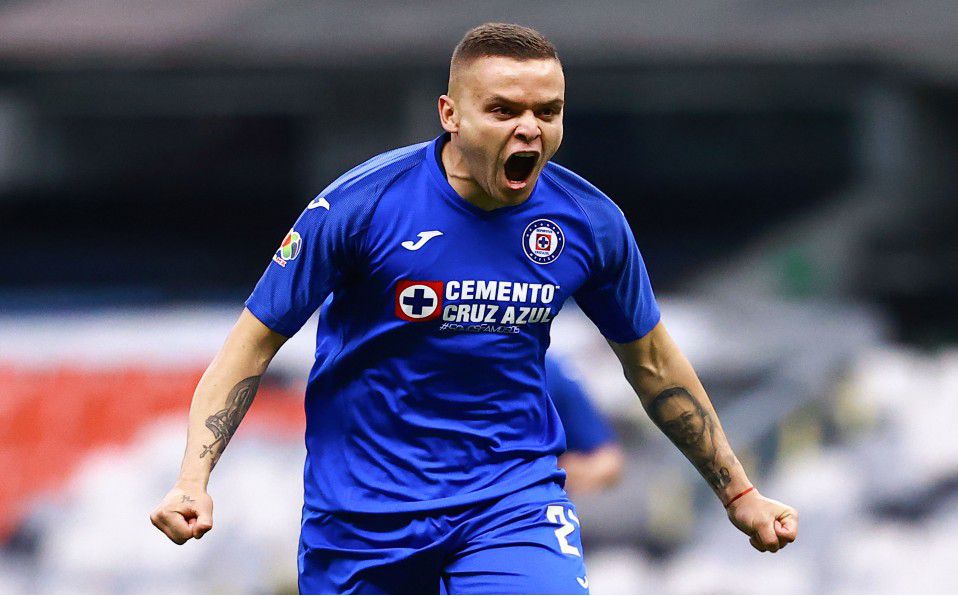 While I don’t play as often as I used to (or would like to sometimes), I have enjoyed playing Football Manager since first trying FM 2010 way back when. I think there’s a career mode in the FIFA franchise, but I’m absolute garbage at FIFA and don’t play. One of my favorite things is discovering players and bringing them in to my team. Let’s say that my FM dream is a reality and I’m now in charge of a middling club in Europe somewhere. Think lower half of one of the big four leagues or a good team in a smaller league. I have a decent amount of money to spend on transfers. Not Messi money, but a good chunk of money nonetheless. I need to bring in some new players, and thanks to some Liga MX clubs starting to sell their rights outside of the US and Mexico I was able to catch the games last week. Based on what I saw, here are the players whose agents I’m finding on WhatsApp.

1.) Jonathan Rodríguez – “Cabecita” has been a force in Liga MX for a while now, and this past weekend was pretty exemplary of that. Rodríguez’ sixth goal in six games this season came on a breakaway where he was able to stay onside, make the last defender get twisted into knots, draw out goalkeeper Luis Malagón, and calmly hit a tight angle shot and make it look easy. Rodríguez has 49 goals in 98 Liga MX matches, and has featured for the Uruguayan National Team 20 times. A bonus for Cabecita is that he also has European experience: he spent time with both Benfica and Deportivo La Coruña.

2.) Carlos Acevedo – Quietly, patiently, goalkeeper Carlos Acevedo has been waiting his turn at Santos Laguna. He’d made some appearances as Jonathan Orozco’s backup, and when Orozco departed to Tijuana, the goalkeeping job was passed on to Acevedo. He’s cemented himself into Guillermo Almada’s starting eleven weekly, and this past week performed brilliantly. Acevedo made several diving stops on shots from Querétaro, earning himself a comparison to Mexico legend Jorge Campos. The only blemish this past weekend was a penalty, but at just 24 years old, the sky is the limit.

3.) Aké Loba – Maybe I wouldn’t immediately find his agent on WhatsApp, but I’d at least get a scout to look into him. At 22 years old, Loba has tons of talent and is perhaps the fastest rising star on a team not lacking in star power. Consider this: in his 91 minutes this season, he has as many goals as Rogelio Funes Mori does in his 628. Only Nicolás Sánchez has more for Rayados, and two of his three goals are from the spot. Loba is also versatile, able to play on either wing as well as up top. Loba’s former club USM Porres of Perú reportedly rejected a “substantial” offer for Loba from Nashville SC in January, however it may have been viewed from Loba’s camp that the reigning Liga MX Champion and the team that took Liverpool all the way in the Club World Cup was a more attractive destination for a young promising player than an expansion team in Major League Soccer.