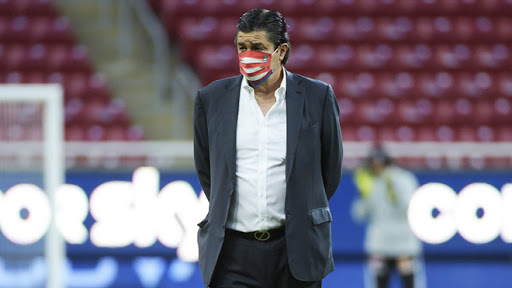 While Week 3 had some noteworthy things to talk about, I’m not really going to get into what happened on the pitch. Instead I’d like to focus on what happened after the games, with Luis Fernando Tena and Rafael Puente, Jr. being fired. I thought one of these firings was completely justified, and the other perhaps a bit rash.

The culture of coaching in Liga MX doesn’t lend itself to the growth of coaches. – Having a shortened season amplifies every bad run of form, and for a new coach or a coach whose team is undergoing seismic shifts in personnel, this can be fatal. Three or four losses can just about eliminate most teams from Liguilla, and some teams (and their fans) just don’t have the patience for that. Chivas fans aren’t going to tolerate a season where they finish out of the Liguilla, especially when it’s a 12-team tournament. Atlas fans have suffered forever waiting for someone to come in and set up a system that will succeed, and they’re right to expect that at some point they’re going to make a deep run in the Liguilla. For young coaches or coaches who don’t have the players to fit the system they want to run, this time crunch is hugely problematic. A coach may not get a transfer window or two to clear out some dead weight and find players who fit their system.

Promotion and relegation also doesn’t help. – When a club’s survival is dependent upon a club staying in the first division, clubs on the bubble don’t necessarily have the luxury of allowing a coach to develop or bring in players. Often times (but not always) it’s the clubs who can least afford it who are forced to bring in a coach to help keep the club up. And look, this isn’t something that is unique to Mexico. But Mexico has suspended the system for five years, which (in theory, at least) should give a club the ability to allow a manager to come in and fail for a bit while fully implementing a system without fear. Atlas was on the cusp of the drop when things were suspended, and they could have given Puente another season (or two!) to get the team back in shape.

Not all cases are the same. – All that being said, Puente and Tena are two different cases that had the same outcome. Puente might have had a transfer window to figure things out but with the world being what it is right now, I can imagine the normal perils of the transfer market are only magnified. Puente also had to work within the framework that Orlegi Sports set up for Atlas, and if Santos is the model, they’re not going to go out and spend a ton of money to fix the issues at the club. They’ll instead look to develop young players – which Atlas has –  but this too requires patience, and you can’t guarantee they’ll pan out.

Tena on the other hand doesn’t really have that to fall back on. Chivas brought in some really talented players and yet have struggled to bring that competitive edge to matches. You can’t have the players Chivas has and not score. His players looked like they gave up on him, and for all of Puente’s faults, he always had the backing of his players. Tena also isn’t new and learning. His first gig was in 1994–when Puente was 15-years-old. Tena had everything and failed to properly execute it and his firing was justified. Puente perhaps should have had more time to get something in place, but Atlas will be looking for another person to take the reins. Perhaps this time they’ll be able to find the right person for the job and give them time to make some positive steps.