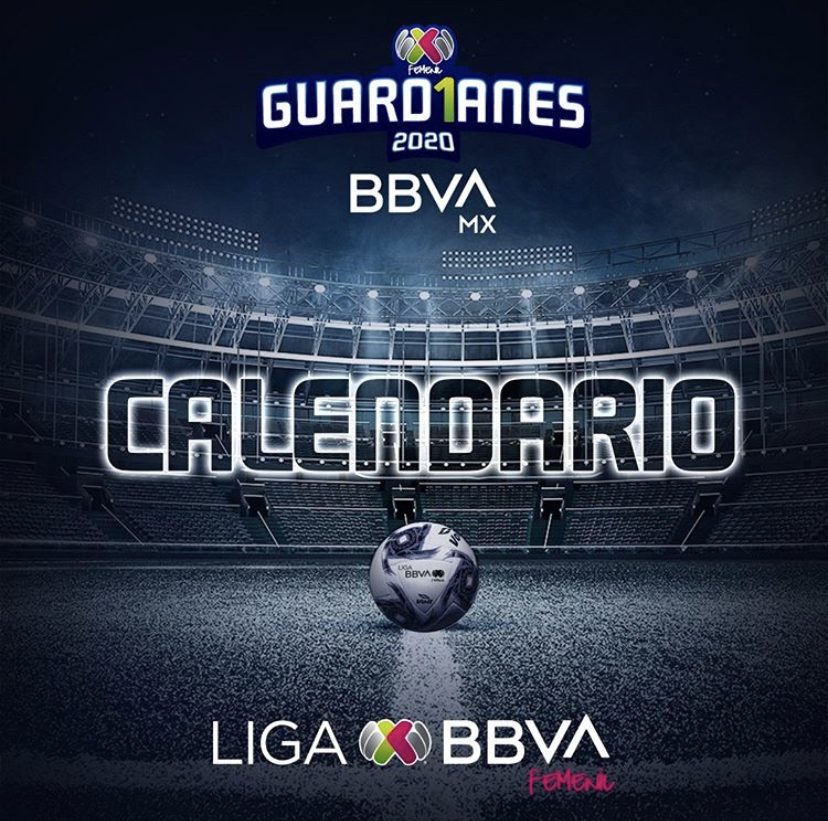 The last time the #LigaMXFemEng community was together for a match was on March 15th. The league was suspended shortly after and we said goodbye to the season (indefinitely at the time) with five games from that Jornada that would never be played.

Over 140 days later, the Liga MX Femenil Guard1anes 2020 schedule was officially released Tuesday evening during a joint announcement between numerous outlets including TUDN, Fox Sports & Chivas TV among others.

Similar to what was the done for the men’s side a few weeks ago, the announcement came via a live stream on various social media platforms that and was fortunately broadcasted on television via TUDN here in the United States. A regularly scheduled programming of Linea de 4 included a look at the upcoming season’s schedule with a message from Liga MX President Enrique Bonilla welcoming the league back and an exclusive interview with Liga MX Femenil director, Mariana Gutierrez.

“The most important aspect was to take care of everyone involved in the league, survive this pandemic and adjust to this new normal,” Gutierrez mentioned. “The clubs have worked hard alongside their players and staff for five months – that’s five months without any competitive play – thanks to technology to maintain communication, fitness and diet regimens to be able to start the season.”

Gutierrez also mentioned a silver lining to starting later than the men’s league, who kicked off their own Guard1anes 2020 season on July 24th. “There have been a lot of challenges but one of the advantages was watching the men’s side start and identify the opportunities where we will be able to adjust and be better prepared.”

Before I dive into the schedule, it should be worth noting that the broadcast in and of itself is a huge way to kick off the return of the league. Even if there was confusion about whether or not those of us in the United States would be able to watch this on our televisions because there was no clear indication of it on our tv guides, the brief exclusive provided during Linea de 4 might’ve created some unintentional awareness to regulars watching the show.

There are now men who range from 18 to 49 years of age who got to watch their nightly hosts interview Mariana Gutierrez and if they didn’t already know, realize there are women counterparts to their beloved team organizations that will be playing some exciting matches starting next week.

Top Games to Look Forward To:

Basically, all of Jornada 1. Seriously. It’s been FIVE months without Liga MX Femenil; digest it ALL.

But, for the sake of clarity, the opening game between FC Juarez and Chivas on Thursday, August 13th should be a good one. Chivas, the league’s inaugural champion in 2017, has been very engaged on social during this quarantine, refreshingly transparent in their testing procedures and will start the season with a new manager taking the reins. They’ll definitely be a team to watch.

A Clasico Joven that sees a strong America face off against a Cruz Azul that is building something compelling, including the recent acquisition of Karla Zempoalteca from Leon.

The reigning champ’s first match with their skillful new players that might give us a good preview of what to expect for the rest of the season.

The first match for the two-time-league-winning Tigres since the pandemic began who, like Monterrey, will be letting us know what else is to come this season.

Xolos will be going through a rebuilding period this season it seems with the departure of head coach Carla Rossi and notable players Veronica Perez, Lucero Cuevas and Jocelyn Orejel. The team still has one of the leading goal scorers in the league, Renae Cuellar, and veteran goalkeeper Itzel Gonzalez but Leon Femenil’s squad will now include Nailea Vidrio from Pachuca, Lucero Cuevas, Esmeralda Verdugo and Tigres’ Brenda Viramontes. Leon might be the favorite here.

This one is really just for me. Yes, Bikini Bottom FC women’s team will also have SpongeBob references and facing off against Tigres in Week 2 will need some guidance from the magic conch.

A Clasico Capitalino by Week 9 should have us either impressed by what America has done this season or concerned. Pumas Femenil also had a really cool schedule announcement and it’ll be interesting to see what they do this season.

Are we considering this a Clasico officially yet? Either way, these are two of the top three teams to watch this season. A Saturday showdown should do good for ratings and the performance on the field will be exciting as well.

We get a Clasico Regia close to the end of the regular season, which means this game could be a deciding factor in the standings alongside the general fight for glory.

The penultimate week of the regular season and a Clasico Nacional could potentially have some in-person viewers depending on what happens in the next three months (though not likely). Regardless, a Chivas-America faceoff is the biggest match in Mexican soccer.  It should be fun.

When you google “stacked,” Monterrey’s side team roster should pop up. The 2019 Apertura champs already had a strong side with Desiree Monsivais, Daniela Solis, Rebeca Bernal & Annia Mejia to name of few but their signings during this quarantine have been nothing short of impressive. While Lozoya had a fantastic performance in the second leg of the Apertura final last year that got them their first title, the signing of Pachuca’s Alejandria Godinez will provide them the consistent security they need in the goal. They also acquired Leon Femenil’s Yamile Franco, now former Mexican abroad Monica Flores and former NWSL player, Christina Burkenroad. All my best to the rest of the league.

The pandemic forced teams to let go of a lot of players – setting a record number of departures for the league, Tigres included with nine of their own. Still, where Monterrey might need to adjust to their exciting recent signings, Tigres thrives from their solidified ensemble. Stephany Mayor led the golden boot race after just a handful of games pre-COVID, not to mention Nancy Antonio, rising superstars Jacqueline Ovalle and Katty Abad, Bianca Sierra, Liliana Mercado and banger-scoring master Belen Cruz. The two-time-title-winning-champ will be a fun to watch once again.

There were a lot of movements that took place during this break and America was another one of the teams that came out with some positive signings with Xolos’ Veronica Perez & Jocelyn Orejel. A strong attacking midfielder to help last year’s signings Jennifer Munoz and Janae Gonzalez will be extremely beneficial and a defense that already has Ximena Rios will be that much stronger with Orejel supporting it.

What’s Next — Rooms for Improvement:

It wouldn’t be Liga MX Femenil without some growing pains. Still, the fact that the league is moving forward with a season is a relief given its lack of a proper farewell compared to the men’s side back in March. The financial fragility of the system overall created nervous uncertainty of whether or not the league would survive (a worry that shook all women’s sports industries everywhere).

While the excitement for the league filled our timelines as soon as the schedule was released and Mariana Gutierrez herself acknowledged the work the fans have done to grow the league’s digital footprint by following their social platforms, exposure won’t grow as steadily as it could if the access isn’t provided.

If the NWSL Challenge Cup proved anything (and it proved a lot and was wildly entertaining), it was that if you build it, they will come. The deal with CBS gave the NWSL some of the best viewership numbers its ever had and made people want to support women’s soccer even more. Now that the tournament is over, fans all over the world and those already missing their North American competition will be looking to support more women’s soccer – especially if it’s closer to home.

But that’s difficult to do when TUDN only has the rights to broadcast two to four of each week’s matches and FOX has provided no indication of broadcasting the women’s matches they have the rights to here in the United States. ESPN will show Atletico San Luis Femenil matches but whether that’s a regional deal that won’t include possible streams on ESPN+ hasn’t been made clear.

Over 98,000 viewers tuned into the FB live stream of the schedule announcement that lasted roughly about 20 minutes and that doesn’t include the numbers of the other platforms. The audience is there; allow them to rightfully get excited and engage with the league.