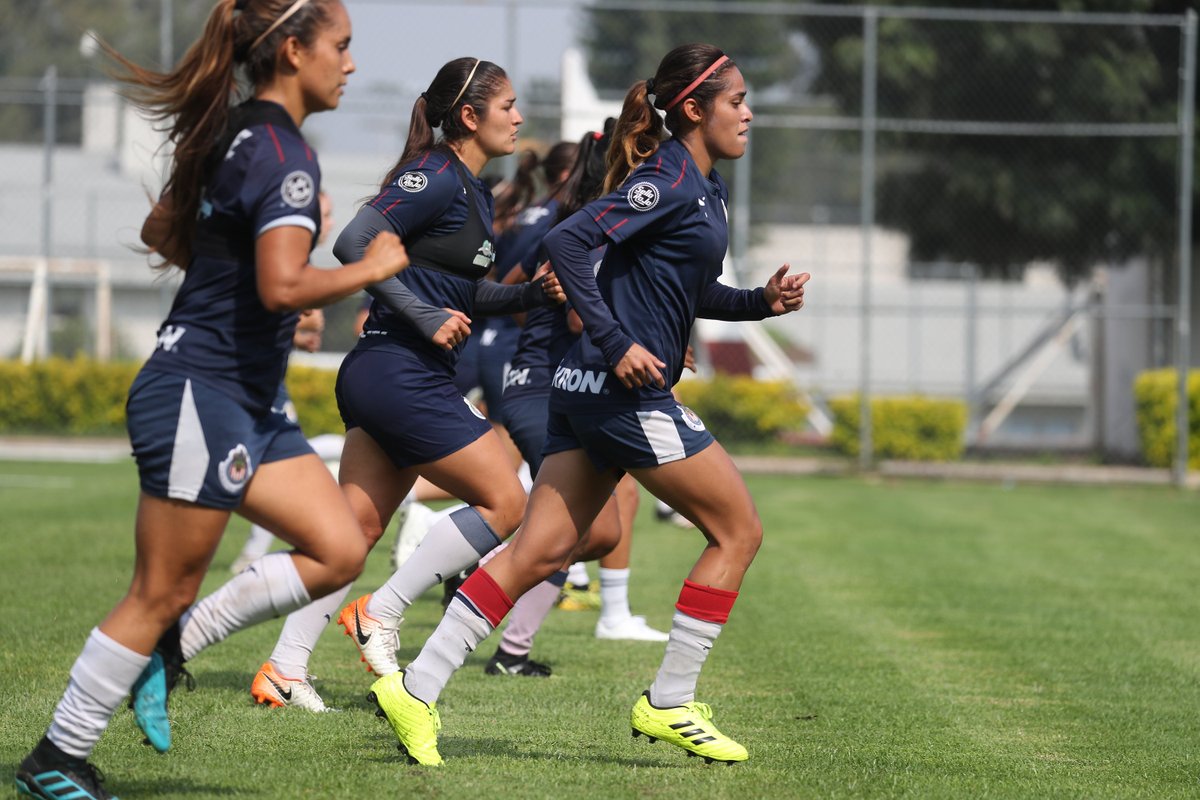 Chivas Femenil will be opening the Guard1anes 2020 season with a visit to FC Juárez, five months since the last time they played. Whether you’re already following them or want to get started, here’s a recap on the team’s current situation and roster, and a preview of their history against Juárez.

Edgar “Chore” Mejía stepped in as a coach almost two weeks ago, after a surprise exit of Ramón Villa Zevallos. A former Chivas player (and league champion with the club), Mejía has no previous experience with women’s teams as a head coach, but has mentioned in interviews that he worked as an assistant during the team’s earlier seasons helping out Fernando Camacho, and had since followed or attended their matches during his stint as third division coach, so he’s not a complete stranger to the team.

Before his arrival, there were four signings, mainly focused on bringing in players with plenty of experience:

– Alicia Cervantes, who came in from current champions Rayadas and has played as a left winger and striker.
– Carolina Jaramillo, a midfielder/winger who boasts two titles with Tigres.
– Fernanda Ayala, a goalkeeper from now-defunct Monarcas Femenil.
– Dayana Madrigal, a centre-back. Madrigal hails from the youth squad and had previously joined the team’s preseason last December, as well as having trained with the senior team this whole year.

Sporting Director Nelly Simón made it very clear that they would not release anyone unless they asked to go, offering certainty in a season that saw over 100 players without a team in the midst of a pandemic. There were only two departures, as well as one ended loan:

– Ana Paula Ruvalcaba (Goalkeeper): Ruvalcaba decided to step down from the team so she could focus on her college studies.
– Rubí Soto (Striker): Soto was signed by Spain’s 2nd division team Villareal CF Femenino, becoming not only the first Chivas export, but also the first player fully developed in the league to go abroad. Having been the team’s main assist provider and second goalscorer during the past year, figuring out how to compensate her exit is going to be one of coach Mejía’s biggest challenges.

–Karen Loya (Defender): Loya arrived on a loan from FC Juárez, but she injured her back during preseason, and returned to Juárez not having been able to play with Chivas.

What should we expect?

The team’s most frequently used lineup is 4-3-3, but it could change under the new coaching staff. Let’s take a look at each of the team’s lines:

Goal: Blanca Félix has been the undisputed starting goalkeeper for three years now. We’ll see if Fernanda Ayala can challenge her, or if we’ll start seeing Celeste Espino, a consistent U-17 national team presence, continue her development and get minutes.

Defense:
– Centre-backs: With Mexican international Janelly Farías currently out after having shoulder surgery (she’s mentioned she expects to be back around mid-season), we should be seeing Miriam García continue to lead and take over the left side of the defense. The right side could go to either Priscila Padilla, or Kinberly Guzmán, a Chivas youth-team developed player who continues to show great promise and perform well. Overall, all of these players have been reliable when needed, and while rookie Dayana Madrigal might not get too many minutes soon, she’ll definitely be surrounded by plenty of talent that she can learn from.
– Left-back: Andrea Sánchez has only relinquished her spot as starter due to injury or national team call-ups, but it would be interesting to see if Samara Alcalá can get minutes to shine in the position. Araceli Torres has also occasionally shown up.
– Right-back: Damaris Godínez took over on the last matches of the season before suspension, but Jaqueline Rodríguez could build a case to regain starter status.

Midfield: The team’s most consistent line until now, with captain Tania Morales on the left, Miriam Castillo on the center, and Nicole Pérez on the right. We’ll see if coach Mejía is willing to shake things up, and possible options are Michelle González (who’s back after a year of being out with an ACL tear), youth-developed and U-17 national team player Isabella Gutiérrez, and Susan Bejarano, who had some minutes last season. Chivas midfielders typically have enough firepower to try mid and long-distance shots, an asset that has been somewhat underutilized recently by the team. We’ll see if it makes a comeback.

Attack: It will be interesting to follow María Sánchez on the left wing, as she had very little time to showcase her talents before the season was suspended. The team’s offense poses the biggest questions, as they need to figure out to how to fill the massive gap left by Rubí Soto, who was the league’s best winger any team could ask for on their right side. The main options to cover for her are Norma Palafox or Joseline Montoya (usually plays on the left, but would switch sides with Soto during matches), with new signing Carolina Jaramillo also looking to land that job.

Coach Mejía’s choice of centre-forward will be interesting to see, as one of former coach Villa’s most questionable decisions was to leave the team’s highest-scoring player Yashira Barrientos on the bench, in favor of Evelyn González. Barrientos’s performance, not just as a scorer, but also as the team’s second-best player in assists should make her the obvious choice to start, but anything can happen, especially with Alicia Cervantes in the mix, with her being versatile enough to play the center or one of the wings.
Other options are Anette Vázquez, who was part of the U17 World Cup 2018 finalists alongside midfielder Nicole Pérez as well as Lupita Velázquez and Gabriela Huerta, who is back from an ACL tear. Chivas’ playing style has never relied on a single player to score, so it will be a matter of finding the right combination of players, or if any of them step up into a leading role.

Chivas Femenil vs FC Juárez Preview
While Chivas should be the favorites to win, their two previous meetings with FC Juárez have not exactly been easy. Chivas won their first game 1-0, with a goal scored by defender Kinberly Guzmán at home at Estadio Akron, on August 26th, 2018.

Their only visit so far to FC Juárez’s turf ended in a 0-0 draw, on January of this year, in conditions that were much colder than what the team’s used to facing. We’ll see if the weather’s more favorable this time around, but they should now brace for some heat.

Cracking their opponent’s defense is not going to be an easy task either, as centre-back Melissa Sosa was loaned from Chivas to Juárez and has since earned a starting spot, becoming one of the league’s best performers in her position. The other expected centre-back could be Karen Loya, who had a stint at Chivas on loan as well last season, but was unable to play due to a back injury. However, Loya is fully fit now and ready to return to her duties as Juárez captain.

Adding the expected rust and the struggle to adapt to a new coach so quickly, it’s going to be an interesting test for Chivas to see if they can begin the season with an away win.