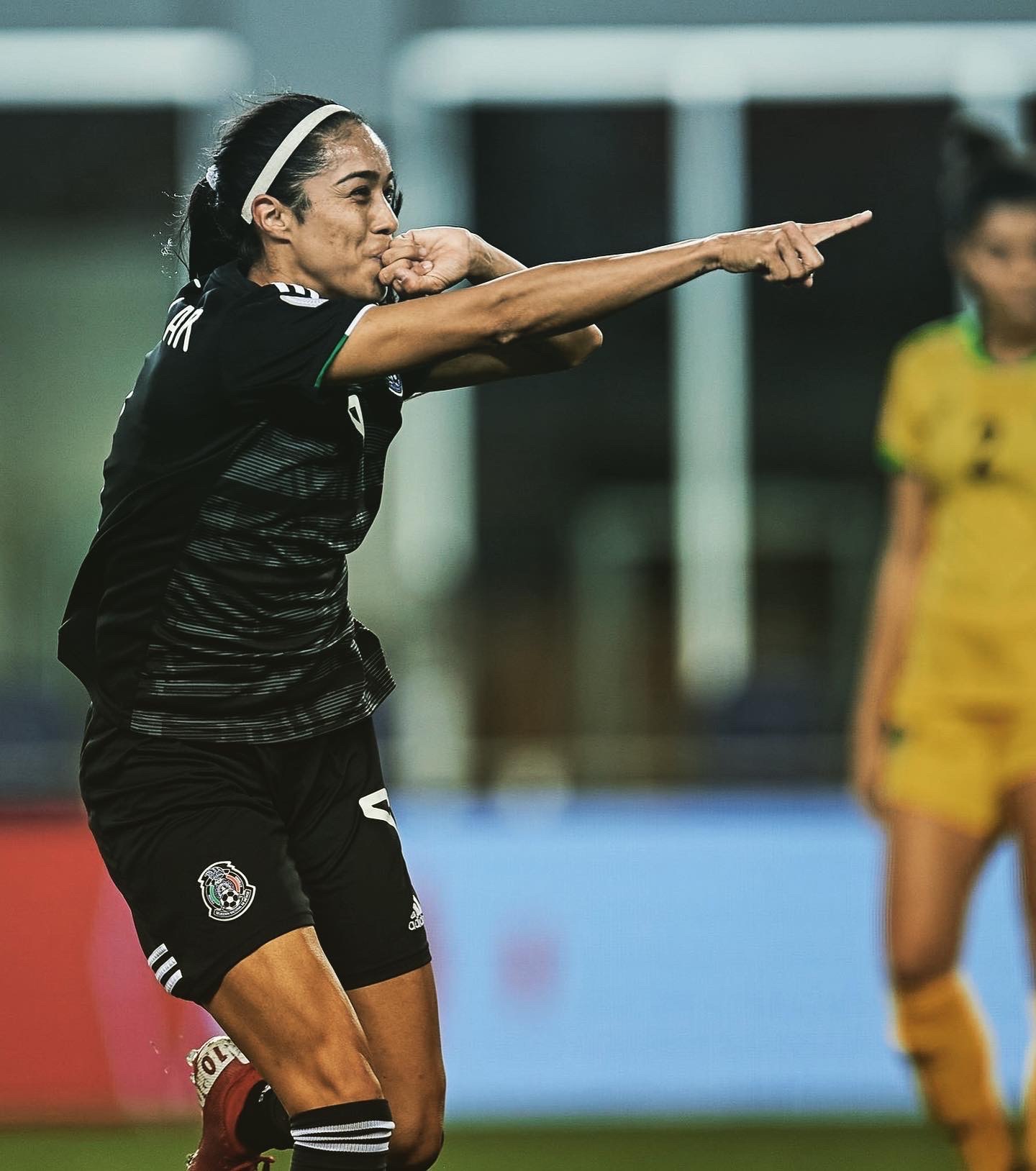 An extremely needed three points were earned by the Mexican Women’s National Team on Wednesday night as they secured a 1-0 victory against Jamaica in their first match of the CONCACAF Olympic Qualifiers.

Despite a surprising starting XI that saw the likes of Cecilia Santiago, Kenti Robles and other veteran players on the bench, El Tri Femenil came out strong, with good possession and dominance over the Jamaican side. Real Sociedad’s Kiana Palacios had a strong shot on goal early in the match that went just over the net at the 16th minute.

The interestingly heavily defensive line-up was beneficial for the Aztecs as current league champion and Rayada Rebeca Bernal commanded the midfield, providing useful through balls to the offensive side while trailing back alongside Stephany Mayor to support the defense to close down the space for Jamaica’s Cheyna Matthews and Khadija “Bunny” Shaw.

Despite the back and forth rhythm between the two teams, it would be Renae Cuellar to score the match’s first and only goal off an assist from Kiana Palacios inside the box.

There were some nail-biting moments including a good scoring opportunity for Jamaica in the 70th minute that was saved by 21-year-old goalkeeper Emily Alvardo. Stephany Mayor had her own chance to add to Mexico’s lead in the 83rd minute but despite being questionably taken down by Jamaica’s defense, no call came from it.

Head coach Christopher Cuellar praised his team on their victory. “It was a difficult match. Jamaica is a good rival. It was important to leave this match with all three points. Now is the time to recover and prepare for the next match.”

This victory takes a massive weight off the team’s shoulders, who will now seek to add another three points and increase their goal differential as much as possible to give fellow Group B opponent Canada some competition.

Mexico will face off against St. Kitts & Nevis in their second Olympic qualifier match that will kick-off on Saturday, February 1st at 12:00 PM.