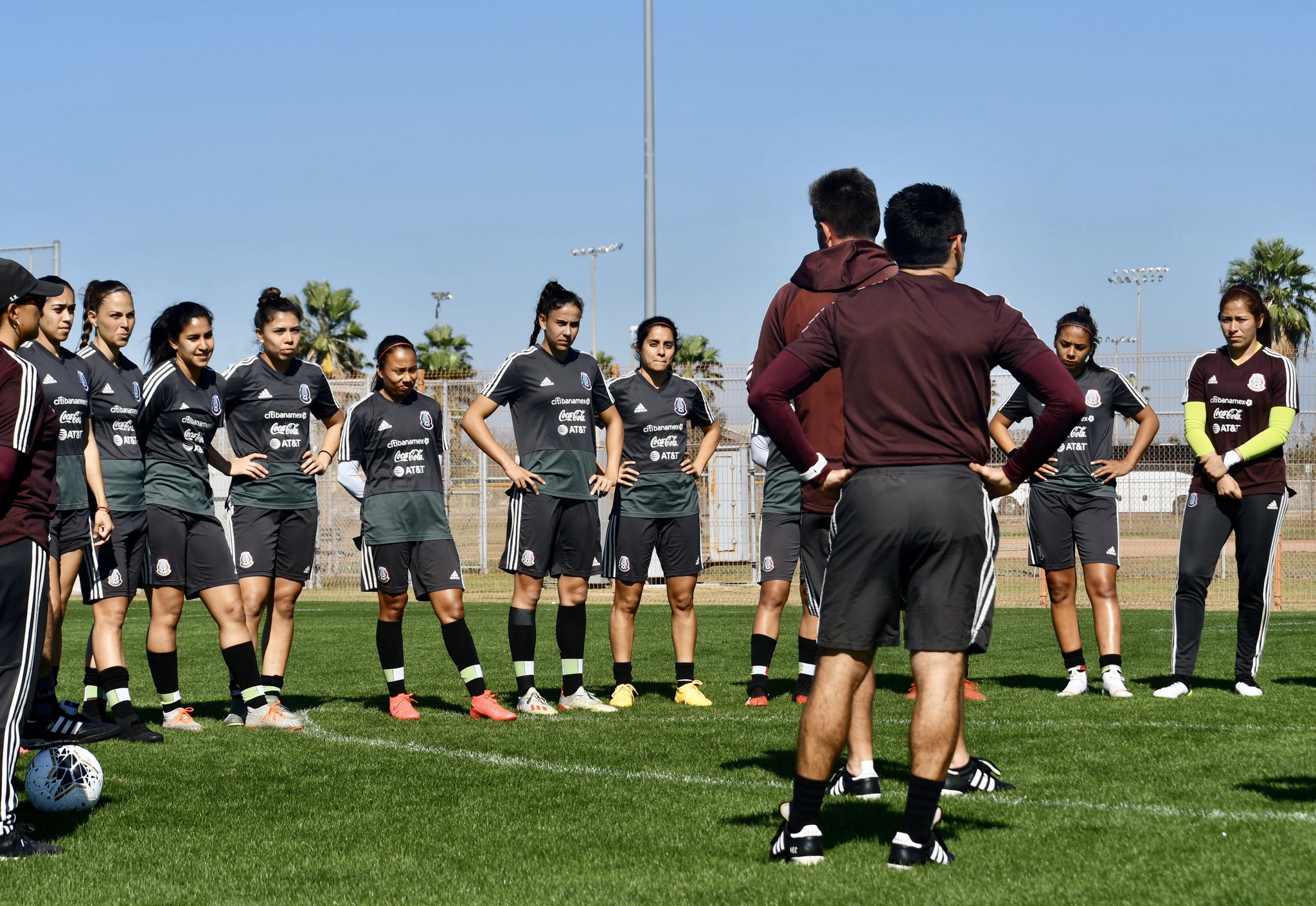 The CONCACAF Women’s Olympic Qualifiers officially kick off Tuesday and only the top two teams will secure their ticket to Tokyo this summer. These slim chances put the Mexican Women’s National team in a bit of a predicament as they aim to make it to their second Olympics.

Despite the men’s side being “the kings” of this region, El Tri Femenil has faced their fair share of competition and eclipsing over the past few years. Both Canada and Jamaica qualified for the 2019 World Cup and the US Women’s National Team currently reign as World Champions. Mexico, on the other hand, goes into this tournament having spent last summer watching the action taking place in France from home and were eliminated from the Pan American Games a few months after. Their last two friendlies to end the year were against Brazil, with ten goals against and no goals in favor.

What lies ahead for them on Tuesday is a difficult journey of redemption but not one that is out of their reach. The draw back in November found them placed in Group B where they’ll face off against Jamaica, St. Kitts & Nevis and Canada. Avoiding the USWNT in the group stage helps and if they are able to secure the top spot after their three matches, it would mean not seeing the powerhouse team until the finals — at which point their ticket to Tokyo would already be booked.

Still, their history precedes them, leaving the odds very much not in their favor. But despite all this, unity and confidence are the themes going into their first match against Jamaica on Tuesday. Head coach Christopher Cuellar mentioned during Media Day early last week that their preparation matches that included facing América Femenil, Cruz Azul Femenil and a men’s youth side were all about allowing the players to believe in themselves and their abilities.

Unity is an interesting dynamic for Cuellar to mention given the recent blowback for omitting Charlyn Corral from the final roster (Corral is part of preliminary roster and would be eligible to play should an injury transpire) but is a message that resonates with a team that consists of Liga MX Femenil players, college athletes and Mexicans Abroad.

Goalkeeper Emily Alvarado, a student at Texas Christian University spoke about this mixture of players and how it has shaped her time playing with the senior squad.

“It’s one of my first major tournaments with a full team so it’s definitely a bigger step from competitions with the youth national teams so it’s a lot more important, there’s a lot more at stake but I’m ready for the challenge,” she stated.

“There’s a change in rhythm; you have to make decisions a lot faster but the older girls have been super welcoming and super helpful to helping us adapt. It’s challenging but we’ve definitely got the support.”

Support for each other and the mission at hand is the key to how this team will behave going into Olympic Qualifiers and something Pachuca midfielder Karla Nieto pressed to media early last week.

“In the end, we’ve tried to keep our ears shut to [the noise]. The most important thing is the group — this team. There’s a list of us that are here for various reasons and there’s nothing more now than to keep moving forward.”

Mexico will face off against Jamaica on Wednesday, January 28th at 5:00 PM PST in their first Olympic Qualifier match. Games will be broadcast on Fox Sports and TUDN.