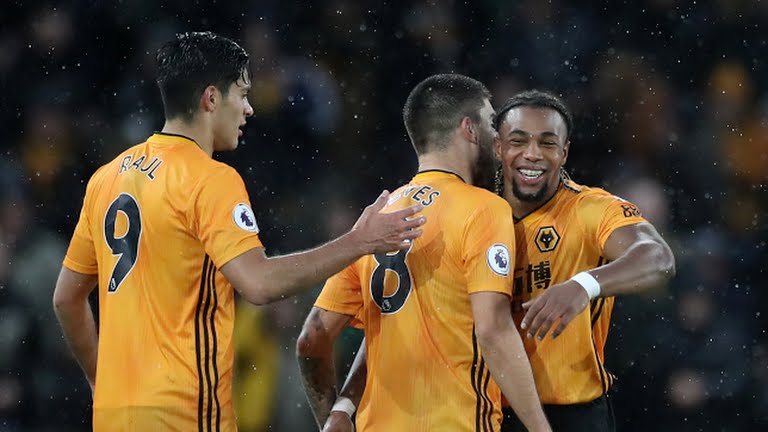 Jiménez Could Not Catch a Break

The Wolverhampton Wanderers and the Tottenham Spurs faced off during cold and rainy conditions. Both teams attacked and showed signs of danger throughout the competition. The Lilywhites took an early 1-0 lead thanks to a solo play from Brazilian, Lucas Moura. The Wolves and Raúl Alonso Jiménez looked for the equalizer on every corner but fell short. RJ9 kept the Spurs defense on edge and looked for the slightest of openings or mistakes. The Wolves’ hard work and persistence paid off in the 67th minute thanks to the assist of Jiménez to Adama Traoré. Traoré took the pass with a powerful shot outside the large box for the equalizer. As time expired, Tottenham found the back of the net one last time for the win. The goal came from a long-range header from the Belgian, Jan Vertonghen, in the 91st minute. The Wolves have suffered their third home defeat in 2019 from top-flight rivals.

Héctor Herrera and Atlético Madrid looked to close out the UEFA Champions League group stage with a win against Lokomotiv Moscow. Atleti have been staying afloat in both La Liga and the Champions League and needed a dominating win to continue building their confidence. Los Colchoneros accomplished the mission with a 2-0 win over Lokomotiv. Atleti could have doubled their score if not for a few missed plays. One of those misses came in the second minute of the match on a missed penalty kick by Kieran Trippier. Los Rojiblancos got a second penalty attempt by João Félix, who capitalized for the 1-0 lead. After several attempts, Atleti’s Felipe Augusto de Almeida Monteiro scored off a corner kick in the 54th minute. Héctor Herrera subbed in the 68th minute of play and wasted no time by delivering a beautiful volley to Álvaro Borja Morata for a close header. Atleti and HH have now advanced to the Round of 16 and will face off against defending Champions Liverpool on February 18th.

Valencia 1-0 Ajax (Álvarez subbed out in the 46th minute)

Chicharito Looked for a Spark

Javier “Chicharito” Hernández has fallen from grace and has seen limited minutes over the past several matches. The Mexican striker has not scored since October 27th against Getafe and while Hernández was looking for a spark to catch fire once again but unfortunately, his troubles continued. He entered the match in the 59th minute being down 1-0 to Villareal. Sevilla found the equalizer thanks to a Munir El Haddadi shot from the center of the box. Los Nervionenses could not hold the Villareal attack and took the lead and the match in the 74th minute (Ekambi). Chicharito made one last-ditch effort and found himself open in front of the net only to have the goalkeeper reject his charge. Sevilla has now lost twice in eight matches at home and remains in third place in La Liga.

Real Betis 2-2 Espanyol (Lainez subbed in the 53rd minute, Guardado was not on 18 man roster)