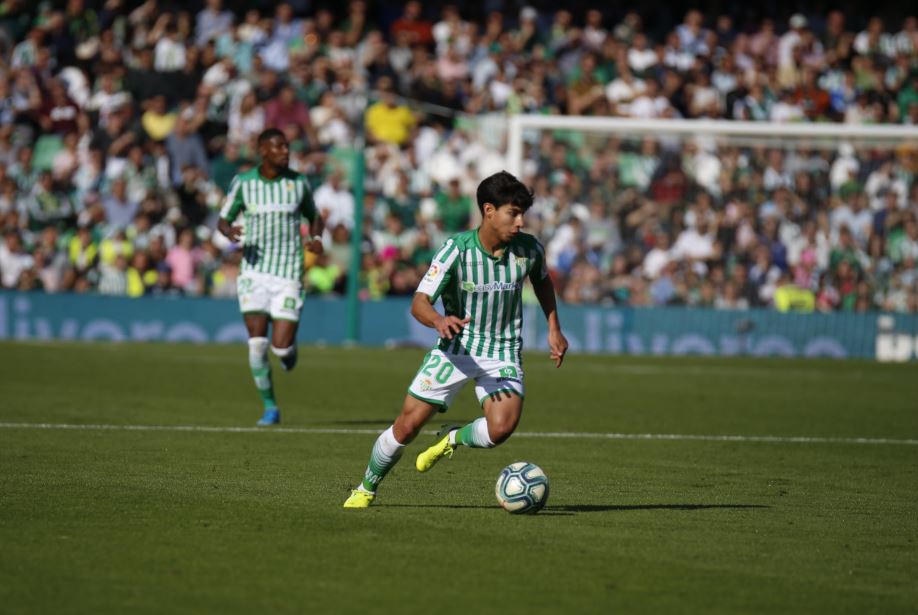 Lainez in Starting Line Up

Real Betis was looking to add points and a three-game winning streak against Athletico Bilbao on Sunday. Both Andrés Guardado and Diego Lainez started for the Verderones. Guardado is a frequent starter and captain for the Wolves. Lainez, on the other hand, has seen the bench all season with sprinkles of minutes here and there. Lainez took advantage of the start with decent stats in 73 minutes of play. Los Verdiblancos have climbed out of the bottom of the table and moved to the middle of the pack. Betis took an early 3-0 lead in the half thanks to a Joaquín hat trick. Guardado controlled the midfield and almost scored a fourth for the Wolves in the 38th minute. He then received a pass in front of the goal that was quickly stopped by the goalkeeper. Bilbao quickly made it 3-2 in the second half, but fell short and gave Betis their third straight win.

Néstor Araujo’s Celta de Vigo faced off against countryman Javier Aguirre’s Leganes. Both teams are at the bottom of the table trying to save face. Aguirre replaced Luis Cembranos as skipper for Los Pepineros early November and has been tasked to turn the club around. Aguirre’s boys took a demanding 3-0 lead the first 55 minutes of play, with goals from Óscar Rodríguez Arnaiz (15th & 39th minute) and Kévin Rodrigues (55th minute). Araujo kickstarted a comeback by scoring a header in the 64th minute. Celta’s momentum was quickly halted by a Gabriel Fernández red card in the 71st minute. With a man down, Vigo was able to score a second goal in the 81st minute (Lago Aspas) bringing them one goal from the equalizer. Unfortunately for the Os Celestes, Aguirre’s squad held strong and the game ended in a 3-2 victory for Lega.

Jiménez With the Assist

The Wolverhampton Wanderers continue to inch their way up the general table this season. This week, the Wolves defeated West Ham 2-0 and tied against Brighton 2-2. Raúl Alonso Jiménez got the start for both encounters but could not find the back of the net. His contribution came from opening spaces and keeping the defense on off-balance. RJ9 had a few opportunities that were either off the mark or rejected by the opponent’s goalkeeper. Jiménez offered up a beautiful assist to teammate Diogo Jota against Brighton. The goal came in the 28th minute thanks to a beautiful back and forth before RJ9’s pass, which put Jota in a perfect position to tap the ball in. The Wolves have accumulated 24 points in their past 16 Premier League games. This puts the Wanderers in 6th place and ultimately a threat for all teams.

Napoli 1-1 Udinese (Lozano subbed out in the 62nd minute)