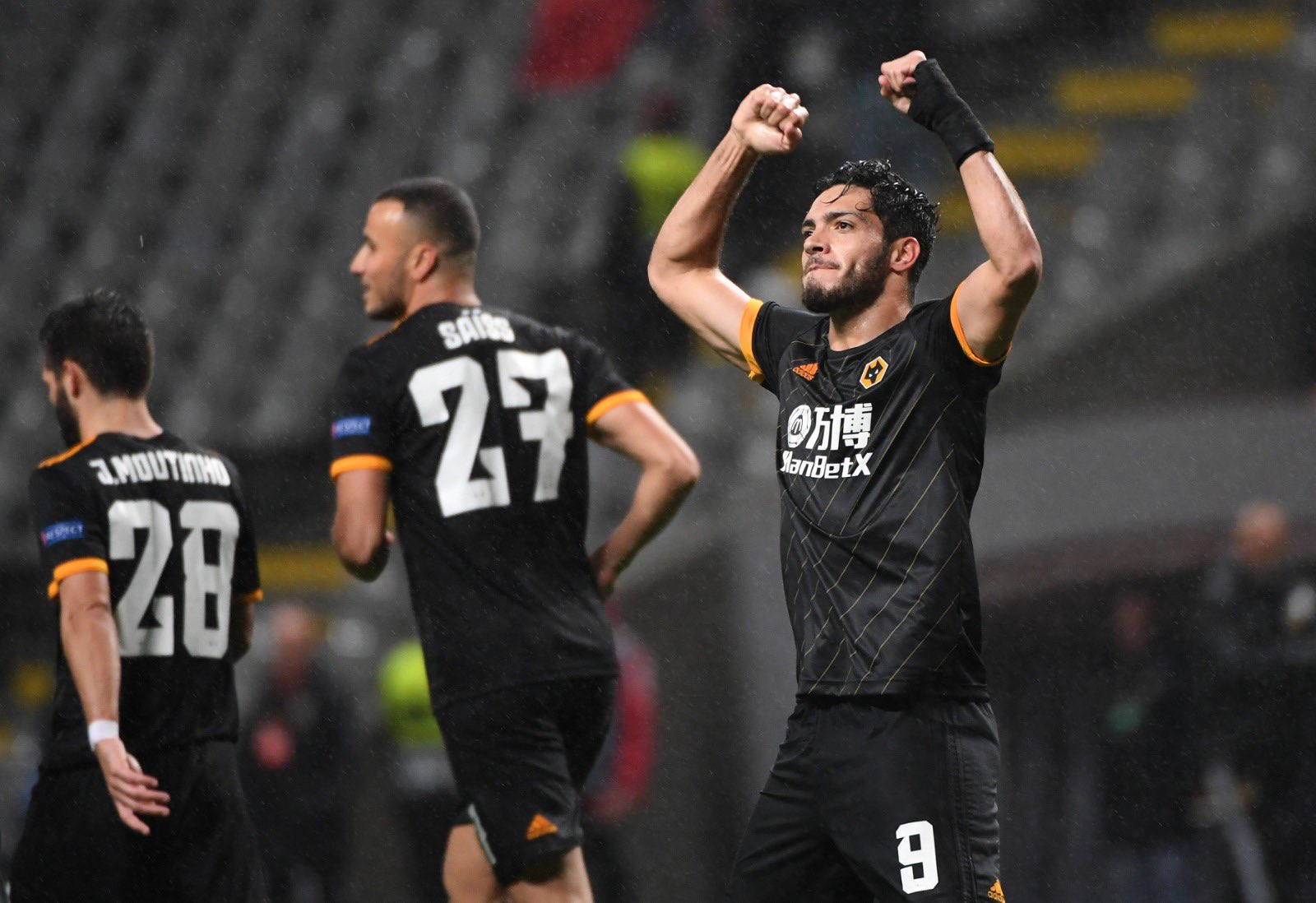 Jiménez is the Real Deal

The Wolverhampton Wanderers faced off against Braga on the fifth leg of Group K. The Wolves needed a win to surpass Braga for first place in the group. However, the Portuguese football club would not go down without a fight. The contest was a true back and forth with both teams scoring three goals each. Braga kicked things off by scoring in the first six minutes of play, thanks to an André Horta shot that was deflected by a Wolves defender. Raúl Jiménez countered with his own goal in the 13th minute. RJ9 connected a perfectly-placed header thanks to an accurate center pass from Jonathan Castro. The Aztec stricker continues to find the back of the net and has become Nuno Espírito Santo’s most reliable player. Jiménez has scored in his last three Europa League matches and has become the second Wolves player to do so in major European competitions. With this result, the Wanderers are sitting in second place in the group with one more game to go.

Jesús “Tecatito” Corona has seen consistent minutes with Porto this season. Porto faced off against the Swiss Young Boys football club. Tecatito started the competition with several attempts at goal and kept the Young Boys defense on notice. Unfortunately for Porto, the Young Boys struck first blood and scored in the first six minutes of play. In the 54th minute, Corona almost found the back of the net by creating an individual play. Unfortunately, it was spoiled by a left-handed save from the goalkeeper. Porto found the equalizer in the 75th minute and then gained the lead in the 79th minute. Corona was subbed out in the 85th minute after an active and productive game. Porto is now in second place in Group G with seven points and one game remaining.

Sporting 4-0 PSV (Gutiérrez did not play)

Napoli faced off against defending UEFA Champions Liverpool for the second time in Group E. Napoli has been struggling in Serie A this season but has remained competitive in their Champions League Group. Hirving “Chucky” Lozano continued to break into the starting line up and added minutes for the Gli Azzurri. After defeating The Reds on their opening match, Napoli looked to duplicate their efforts. It looked promising as they attacked often and kept Liverpool’s potent offense at bay. The Gli Azzuri scored in the 21st minute thanks to a long ball pass from Giovanni Di Lorenzo to Dries Mertes, who anticipated the pass. Mertes tucked it away passed The Red’s goalkeeper, Alisson Becker, for the lead. Chucky was not himself and did not create opportunities for his team throughout the competition. Liverpool waited patiently for a Napoli mistake, and it came in the 65th minute. Dejan Lovren headed an open shot from a perfectly placed corner kick for the equalizer. Lozano was subbed out in the 72nd minute by Fernando Llorente. The game remained 1-1 as “The Blues” remained in second place in the group.

NEXT MATCH: Sat., December 7th against Udinese (Serie A)

Juventus 1-0 Atlético (Herrera subbed out in the 60th minute)

Herrera Gets the Start Against Barcelona

Atletico Madrid faced off against superleader Barcelona. Héctor Herrera got the start for El Atleti and played a major role in the midfield. Los Rojiblancos pressured Barça and created various shots and heart-pounding plays. HH looked comfortable on the pitch and held his own with the league’s best. Lionel Messi broke the gridlock in the 86th minute thanks to a one-two pass from Suarez. Herrera was subbed out one minute after the goal and Los Colchoneros could not find the equalizer. The result put Barcelona back on top of the charts, while Atleti stayed in sixth.

Sevilla 1-0 Leganes (Hernández did not play)

PSV 1-1 Emmen (Gutiérrez did not play)

Ajax 5-2 Twente (Álvarez did not play)

Bologna 2-1 Napoli (Lozano subbed out in the 82nd minute)