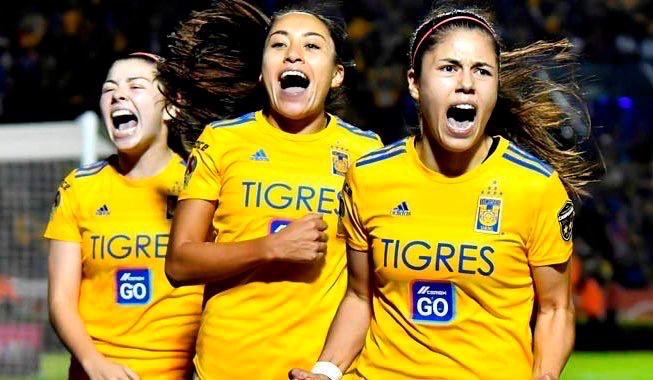 The Clasico Regio Final is definitely something we should get into later but for now, it was another good set of semifinals for the Liga MX Femenil Apertura 2019 season. There were some momentary glimmers of hope for new arrivals to the final while also illustrating why it is always best to not calm things down during these playoff matches. Here are my big takeaways from the semis.

1. America got farther than we expected them to. That’s not to say América is not a good team or that they lacked the potential to win the title but the strong 3-0 aggregate victory against Chivas took most Liga MX Femenil fans and reporters by surprise and even with momentum at their advantage, going up against Monterrey never seemed like it would end with them heading to the final. Still, the work they put in during the first half of the first leg being up by two goals and the final stretch of the second leg when they were trailing by two goals and converted in the 46th minute shows how much fight is still left in this América team when they need to turn it on. Jen Munoz proved to be a worthy dual-national player in the midfield with her goals in the Liguilla while Daniela Espinosa and Lucero Cuevas are consistent stars for the team and hopefully, contribute to the improvements that are made for next season. Overall, I think América had a decent season and achieved more than the inconsistencies would have predicted them to do.

2. Pachuca falls short and has to reflect. It would have been amazing to see a final with Pachuca in it again. The team has not returned to the grand finale since the very first one back in 2017 where they unfortunately lost to Chivas. But this time seemed different. With only four losses in the regular season and a dominant 5-3 aggregate victory against Atlas in the quarterfinals, Pachuca looked like the real deal going into this Liguilla and the 3-1 comeback first leg win against the defending champ made one believe. But Tigres’ signature skills came out and completely overtook Pachuca who were unable to stop them from scoring *four* goals in the second leg and were unable to get any goals of their own. The 4-0 loss was a poor way to go and will leave the team will lots to look back on when it was time to live up to the moment and protect their two-goal lead.

3. We’re all blessed to see a third Clasico Regia. As much fun as it would have been to have witnessed a Monterrey-Pachuca final were a new champion would have been guaranteed, the chance to see yet another Clasico Regia final is incredibly exciting to get ready for. A Tigres team who shows up when they need to up against a Monterrey side that has yet to beat their local nemesis in a rivalry match that has helped give the Liga MX Femenil the attention it deserves should be nothing short of spectacular. From the narratives coming out that Ms. Liguilla herself Lizbeth Ovalle could be playing in her last match in a Tigres jersey to Desiree Monsivais having yet to score a goal during this Liguilla, an entertaining spectacle is soon to be upon us.