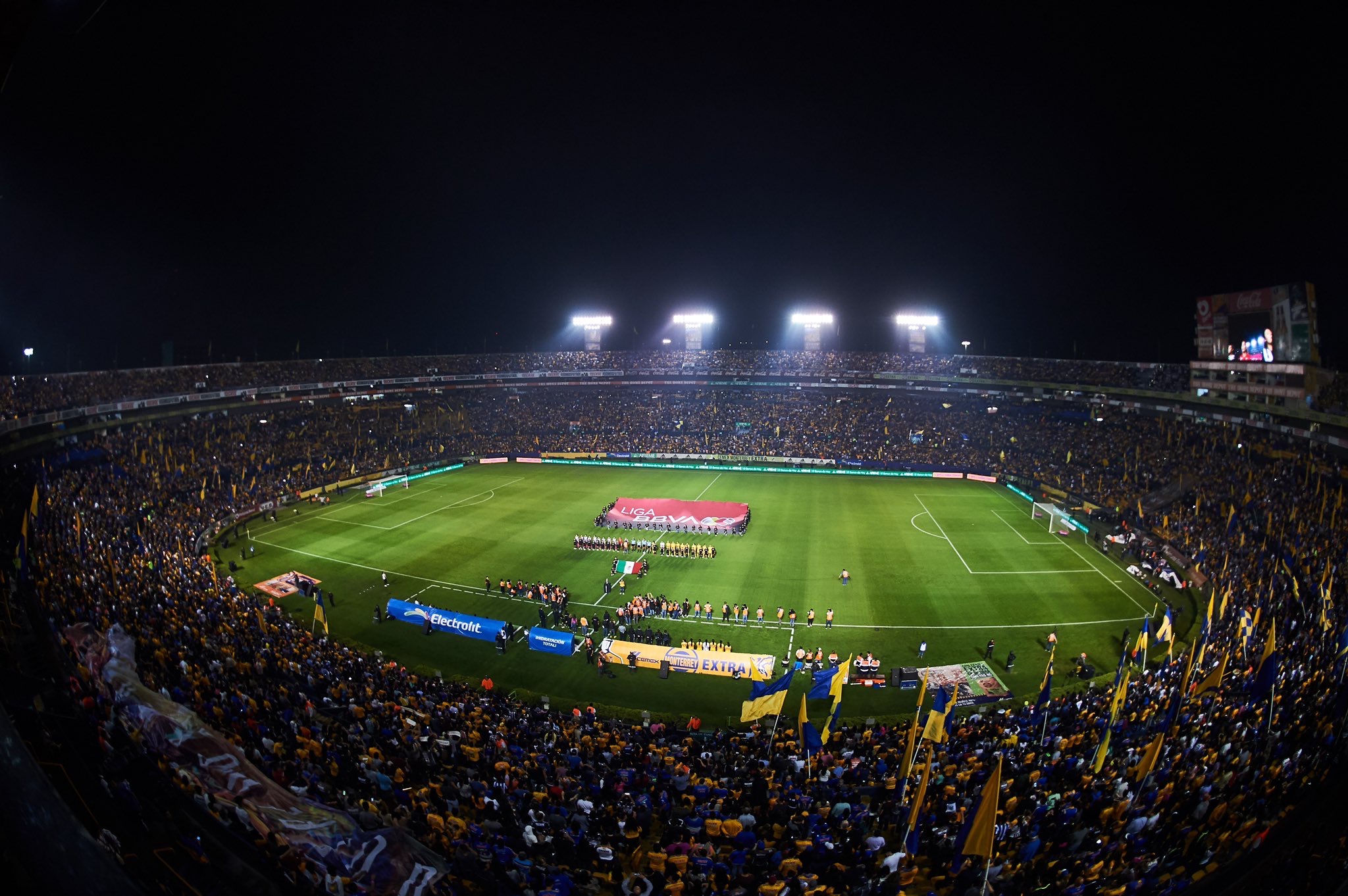 The first leg of the Liga MX Femenil Apertura 2019 final at the Estadio Universitario came and it did not disappoint. From people lining up to buy tickets over six hours before the match was set to be played to the Tigres fans cheering on the team in exuberant fashion as they made their arrival and the stunning sold-out stadium filled with 41,615 fans ready to enjoy Mexican women playing the beautiful game, it was incredible to see how much this league has grown. Here are my main takeaways from this first leg.

1. Jackie Ovalle is going to be missed (if true). There’s only so many times I can say “Tigres did the Tigres thing” without it becoming tired but really, the home team did their thing and scored in just the first four minutes of the match thanks to a great rebound shot from Belen Cruz. But it wasn’t so much the goal that was impressive as the play leading up to that goal. Midfielder Jackie Ovalle may not be a contender for the golden boot but her versatility makes her such a powerful asset on the field for Tigres. Her quick touch on the ball coupled with the sharp cuts she made to get rid of the Monterrey defenders inside the box was a treat to watch for old and new fans that tuned into this first leg and validated the rumors of why a team like Houston Dash would want her. With that being said and the whispers growing louder with each passing day about her eventual departure, Ovalle will definitely be missed in this league. My coined nickname for Ovalle is Ms. Liguilla and much to the respect of the Mr. Liguilla that is Gignac, her performances in playoffs for Tigres have been dominant and signatory, a compliment to the team she represents mixed with gratitude she feels for the fans. Whatever the result is in the second leg and wherever she ends up, she will be a pioneer for this already historic team and will leave some very big cleats (I’m sorry for that) to fill for the next household name.

2. Mexican-American players have been key to this season being exciting. This might be a pointed takeaway from the match that broadens out to look at the league in general but it does so with good reason. Looking at the regular season, I’ve mentioned before that Xolos Femenil addition Renae Cuellar was instrumental for the team to make it to the playoffs for the first time. Looking into the playoffs themselves, Club America’s Jen Munoz scored a rocket of a goal to help her team get the surprise victory over Chivas in Estadio Akron and into the semifinals. Now, on the biggest stage for this league, to see Los Angeles native Annia Mejia score the equalizer for Monterrey against Tigres, it’s hard to dismiss what the league was depriving itself of by not allowing dual-nationals from the very beginning. The development of youth is important but good players making for entertaining matches and opening the door to Mexican-Americans is going to continue to help improve the league that much more.

3. Monterrey could do this. It was a tough environment to go into. Monterrey facing off against their biggest rival at Estadio Universitario knowingTigres is unbeaten in the last two finals they have met up in. And after barely advancing out of their quarterfinal match against eighth place Atlas by one goal and allowing América to fight until the very end, the top team during the regular season was starting to lose their powerhouse reputation. Even letting Tigres score so early in this first leg and lacking the focus to anticipate their opposition’s counters (that luckily did not result in more goals) made one question if they could hold off dominant Tigres for much longer. But something shifted in Rayadas going into the second half and with Hector Becerra having faith in his team and making no changes at halftime, the Monterrey side began to play their game. Frantic long balls turned into meaningful passes on the ground and little by little breaking began to open the Tigres defense. Things finally came together in the 53rd minute of play when Annia Mejia’s strong header helped Monterrey level it to get them back into the match.

The mental hurdle for Monterrey was very visible in the first half but they somehow did seem to overcome it in the final 45 minutes. They’ll be heading home for the second leg and while that advantage might prove well the way it seemed to for Tigres, the after-match antics that took place between the two teams might make Tigres ready to come in and pounce for an early lead. Monterrey could get past that mental hurdle early and get their first ever Liga MX Femenil title. Question remains whether they will.

(BONUS) There’s only so much we can take from this league. As I write this on Sunday night, we still have yet to know when the second leg of this final will be played. Actually, to make the situation much clearer, we have not known when it was going to be played since the semifinals matches ended almost one week ago. Journalists, fans and other people that are just curious about this rivalry match taking the league by storm are all forced to stall their plans because the league failed to plan accordingly for this monumental final. Not to mention there was also news that the Mexican women’s national team will be playing two friendlies against Brazil starting next week and players are set to report for training camp to prepare for those friendlies on December 3rd — this Monday. Avid followers of the league have expressed their grievances with the way teams are treated (most notably the issues involving Veracruz and how little they pay their players) and this only adds to the tension with those that want this league to flourish and those in charge. Monterrey and Tigres are clearly the top two teams in the league and having a majority of their squads make up the national team that will prepare for the Olympic qualifiers only seems logical; leaving everyone up in the air about the final so that it hinders those same players from being able to actually prepare for those games does not.

That’s not even taking into account broadcasting arrangements, traveling for those attending the matches and all the logistical aspects of it. Over 41,000 people showed up to witness the first leg. The league is making its case known to other North American leagues despite only being around for two years. Everyone deserves better preparation than this.

Update: The Liga MX Femenil announced the date Monday afteroo for the second leg to be played Saturday, December 7th.