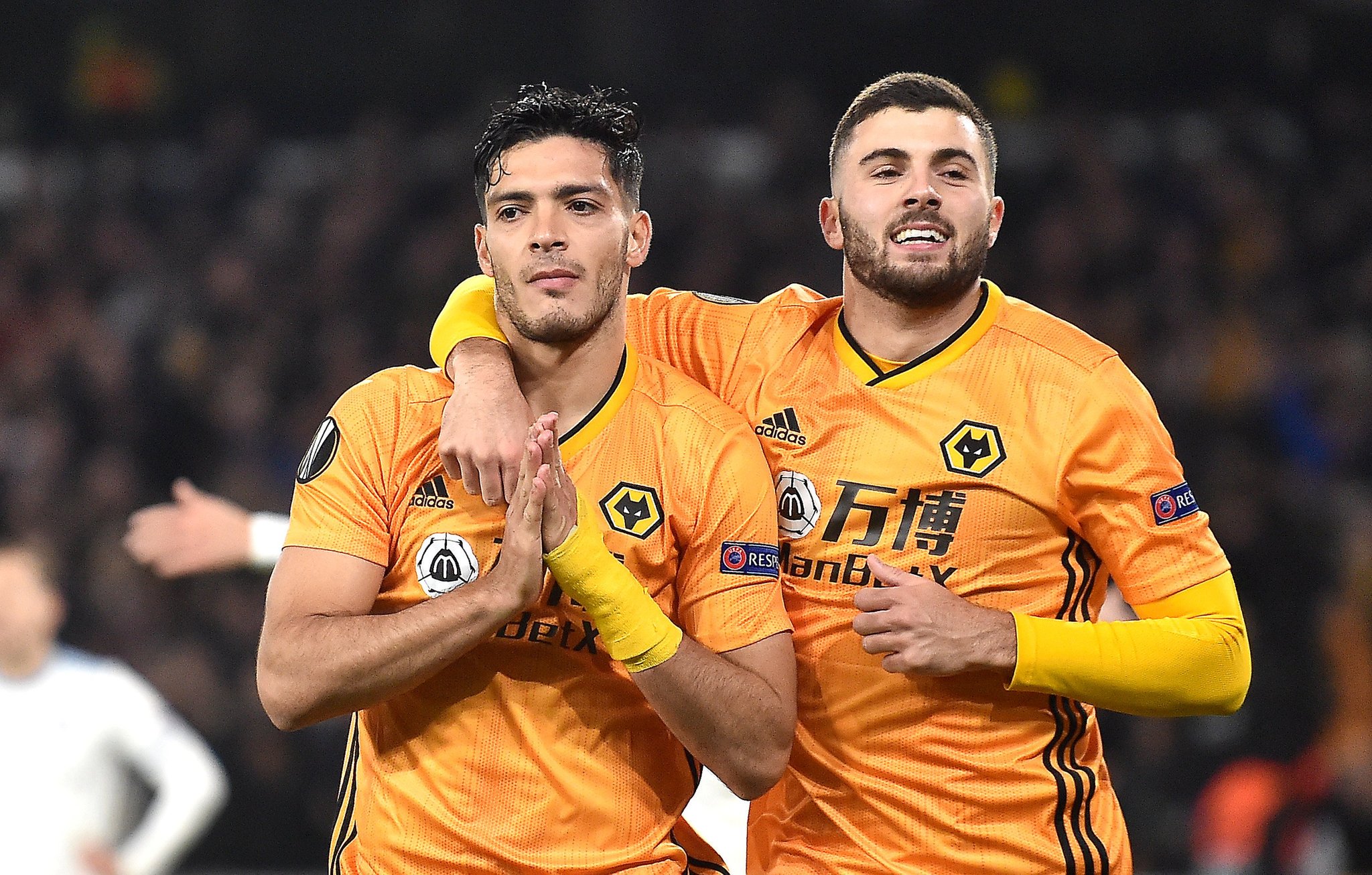 The Wolverhampton Wanderers played host to Slovan Bratislava in the fourth leg of the Europa League’s group stage. Raúl Jiménez and his Wolves looked to use their home-field advantage to keep them in contention and advance to the Round of 32. Slovan countered every shot and put constant pressure on Wolves throughout the duration of the match and heated up with every minute of play as the game remained scoreless at the half.

The Wolves had a clear opportunity in the 48th minute of play when Pedro Neto drew a foul in the penalty box. Surprisingly, skipper Nuno Espírito Santo called on Rúben Neves instead of RJ9 to take the penalty shot. Neves’ shot was rejected by the Slovan goalkeeper which kept the game scoreless. RJ9 was on the prowl as he looked to find separation and the net. Jiménez had an opportunity and almost scored a dramatic scissor kick in the 78th minute. Unfortunately for Kenan Bajrić, Raúl knocked him unconscious with a direct kick to the head. Horrified, Jiménez called on the medical staff to bring aid to the Slovan player, who was carted off.

After several minutes of stoppage time, RJ9 and the Wolves were able to compose themselves and connected the game-winner off a Jiménez header. This puts the Wolves in the driver seat and in a good position to advance to the next round.

Sevilla 5-2 Dudelage (Hernández did not play)

Napoli and skipper, Carlo Ancelotti, have received an onslaught of criticism from both fans and the media. The Blues faced the Red Bull Salzburg for the second time in this group stage. Napoli had their hands full and could not find an answer for the Red Bulls who scored in the 11th minute thanks to a penalty kick. Hirving “Chucky” Lozano got the start for the Gli Azzurri, made the best of every opportunity and waited for a Red Bull mistake. Just before the half, Chucky found a slight opening just outside the 18 and booted a cannon towards the bottom left corner of the Red Bull goal. The score remained the same and Napoli continue second in the group behind Liverpool.

NEXT MATCH: Sat., November 23rd against Milan (Serie A)

Ajax faced off against Chelsea in a high scoring, high-intensity match. Ajax took a 4-0 lead in the first 55 minutes of play by taking control of possession and having their way with the defense. Edson Álvarez remained on the bench with such a demanding lead. It was not until the 68th and 69th minute that two Lancer players were given red cards, putting them down two players. Chelsea quickly came back and tallied four goals of their own to put the game in their hands. Álvarez was subbed in the 72nd minute of play to help control the mid and was able to successfully help prevent additional goals. The game ended in a 4-4 tie putting both teams in a three-way tie with Valencia with seven points each. Ajax stays in first place in the group thanks to a five-goal differential.

Wow at @ChelseaFC you played brilliant .. we are routing for you to bring the cup back home in England 🎉 https://t.co/hYrszINMpj

Raúl Jiménez scored his 30th club goal with the Wolves in their 2-1 victory against Aston Villa. Wolves scored in each half and took a commanding 2-0 lead thanks to the one-two punch of Adama Traoré and Jimenez. Traoré found Jiménez unmarked for the assist and the score. Ashton Villa was able to salvage a goal in the 92nd minute but Wolverhampton continues to inch themselves past the middle of the standings. The Wolves are now in 8th place in the standings and have only lost one of their last 14 Premier League homes games.

Al-Gharafa 2-0 Umm Salal (Moreno, scored in the 2nd minute and played all 90 minutes )

Ajax 4-0 Utrecht (Álvarez did not play)