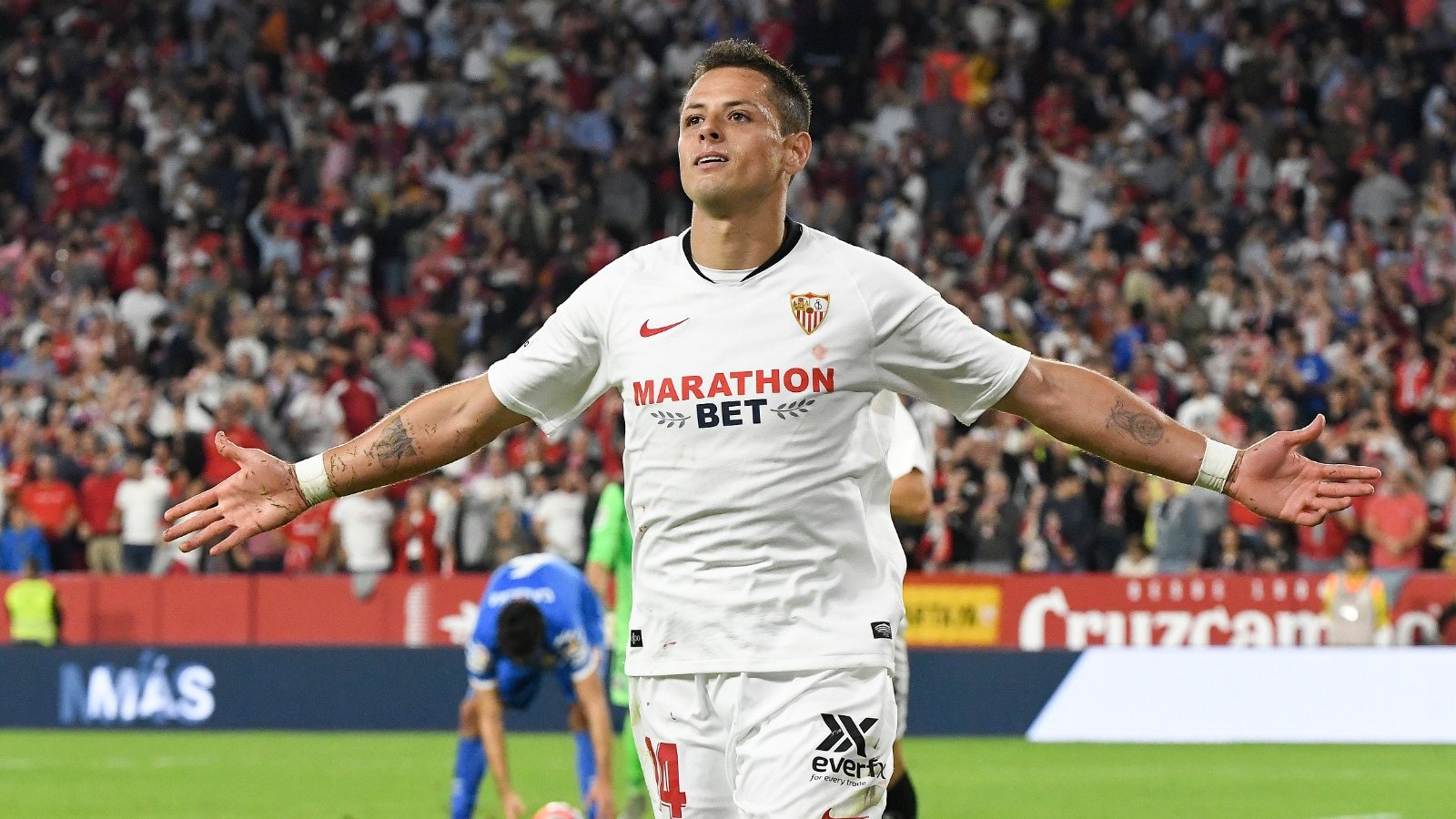 Slovan Bratislava played host to Wolverhampton on the third leg of the Europa League and it was the first match the Wolves used their Mexican-inspired alternative green kit. Slovan took advantage of their quick breakaways and took the early lead in the 11th minute. However, the second half belonged to Wolves and Raúl Jiménez as they found the back of the net twice for the 2-1 victory. RJ9 scored the final goal for the Wanderers, courtesy of a penalty kick in the 63rd minute.

This time, it’s from the penalty spot to get @Wolves the lead. 🙌🏽🇲🇽 #MexicansAbroad https://t.co/mu7GH9gsl5

Héctor Herrera Gets The Full 90

Héctor Herrera started for Atlético Madrid against Bayer Leverkusen on this third leg of UEFA Champions League group stage. Herrera’s last appearance in the tournament was back on September 18th against powerhouse Juventus. During that meeting, HH gave Los Colchoneros the dramatic equalizer in stoppage time a. HH played the entire 90 minutes and played a crucial role in the midfield, almost opening the scoreboard in the 73rd minute when he lobbed the ball just outside the 18, forcing the goalkeeper to make an acrobatic leap to prevent the goal. The only goal of the match came in the 78th minute thanks to a clinical header from Álvaro Morata. Atlético is now in second place, just behind Juventus by goal differential.

Chucky and Napoli for the Win

It was a heated back and forth match between Napoli and the Red Bulls Salzburg with each team exchanging goals and the lead. Hirving “Chucky” Lozano got the start for the third consecutive time for the Italian club and while the Mexican winger was looking to find his groove and make a statement during the encounter, he fell short. The spotlight fell instead on the striker Dries Mertens who scored a brace and surpassed Diego Maradona’s all-time club goal record with 115.

NEXT MATCH: Wed, October 30th against Atalanta (Serie A)

Edson Álvarez got the start against Chelsea, playing a jam-packed 89 minutes and gave The Lancers several key opportunities throughout the match. In the 59th minute, Álvarez almost scored with a well-placed header off a corner kick but it was Chelsea who would finally connect in the 86th minute thanks to the USMNT player Christian Pulisic’s assist to Michy Batshuayi for the only goal of the match. Both teams now have six points in Group H putting Chelsea in the first position by goal differential.

Sevilla looked to add more points in this year’s heated La Liga race to the top. With half a dozen teams now within two points of the league’s leader, Sevilla wish to remain part of that discussion. Javier “Chicharito” Hernández got the start for Los Palanganas against Getafe and made the most of it. In true Chicharito fashion, he found open spaces and kept the Azulones defense on their toes. Hernández had a few opportunities before the half and it was only a matter of time before the Aztec would connect. His patience paid off in the 69th minute, thanks to a counter-attack that left him one-on-one with the goalie for the goal. This marked Chicharito’s first goal with his club in the regular season and his third overall for all contests.

🤤 A delicious assist from Oliver Torres

Granada 1-0 Real Betis (Guardado played all 90 minutes, and Lainez was not on the 18-man roster)

The ‘El Trafico’ derby playoff edition did not disappoint and left us wanting more. After four days of build-up, both LA-based teams faced off for one last time this season. LAFC looked to conquer the Galaxy who entered the match riding a fifth consecutive unbeaten streak against the home side. Fans anticipated a high scoring game with contributions from the league’s two top goalscorers: Carlos Vela and Zlatan Ibrahimović. Vela quickly put his critics to rest when he scored a brace in the first half. Uriel Antuna never really found his rhythm and was subbed out in the 58th minute. Jonathan dos Santos played all 90 minutes and despite doing his part to effectively control the midfield, LA Galaxy’s season-long defensive issues came back at the wrong time, ending the visiting side’s season with a 5-3 victory for LAFC. Vela and the rest of his team are now one game closer to finishing their historic season in perfect fashion.