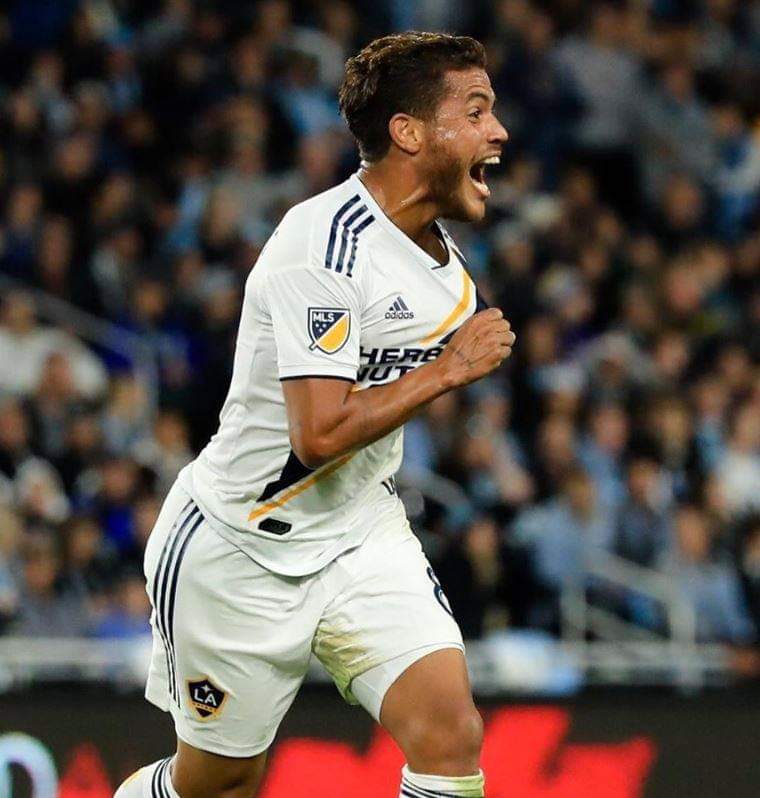 Dos Santos for the Win

After coming off two losses in their last matches of the regular season, LA Galaxy looked to knock out Minnesota United in the first round of the MLS Cup Playoffs. Both Mexican internationals, Uriel Antuna and Jonathan dos Santos, got the start for the Galaxy. The first half saw missed opportunities from both sides, with a stroke of luck helping the visitors given Minnesota’s failure to capitalize on some clear chances. The teams were evenly neck and neck until the 71st minute, when a deflected ball from Zlatan Ibrahimović fell to Sebastian Lletget who took the wide-open shot for the lead. Antuna could not connect during the match and was subbed in the 73rd minute by Romain Alessandrini. Dos Santos scored the game-winning goal after knocking down a long-range shot outside the 18 for the 2-0 lead. The Loons were able to stay alive with a goal in the 87th minute, but they eventually ran out of time. The Galaxy advance to the next round for a much anticipated El Trafico Western Conference semifinal match against their crosstown rivals, LAFC.

He curls home a BEAUTY to quickly make it 2-0 Galaxy! #MLSCupPlayoffs

Fabián to the Rescue

The single-elimination format of the MLS Cup Playoffs brought suspense not just for LA Galaxy, but to every MLS match this weekend. The Philadelphia Union and the NY Red Bulls faced off with an intensity that resulted in four goals before the end of the first half, with the Union trailing 3-1. Philly found their groove by scoring twice before the end of the match, forcing overtime. Marco Fabián found himself on the bench until he was called into play in the 103rd minute and wasted no time to make an impact. In the 106th minute, Fabián knocked an angled shot from the left side into the net thanks to a deflected ball from Marc Rzatkowski. Fabian’s goal gave the Union the lead and ultimately the win.

In extra time of the @Audi #MLSCupPlayoffs, it doesn't have to be pretty. Just needs to go in and the Boys in Blue are up!#PhillyOrNothing |#PHIvRBNY 4-3 pic.twitter.com/TuhPNYV7lm

After their victory over powerhouse Manchester City, the Wolverhampton Wanderers looked to build off the momentum and move up the standing against Southampton. It was a heated match from the start as both teams showed early signs of aggression. The Saints had various shots on target, but it was the Wolves and Raúl Jiménez that created better chances. RJ9 had his first goal overturned in the 27th minute by VAR due to a handball as he tried to control the ball in the box. VAR would once again disallow one of the Jimenez‘s goals in the 42nd minute when the Mexican striker capitalized off a rebound from the Saints goalkeeper but did it from an offside position. Southampton took advantage of the Wolves’ frustrations and capitalized on a key defensive error in the 53rd minute of the match when Daniel Ings found the back of the net to help the Saints take the lead. However, the third time proved to be a charm for RJ9 as he converted a penalty kick in the 61st minute and helped his team grab a point in the regular season.

🎥 Watch all the drama from this afternoon in our #WOLSOU bitesize highlights.

After an abysmal 4-0 loss to Barcelona a few weeks ago, Sevilla was looking to regain their form following the international break in this weekend’s match against Levante. Javier ‘Chicharito’ Hernández got the start for Sevilla and looked for the back of the net on every opportunity and even scored a goal that was called offside. After 80 minutes of play, Hernandez was subbed by Franco Vázquez. With Sevilla dominating possession of the ball for the majority of the match,  Julen Lopetegui’s move paid off in the 86th minute, thanks to a well-placed header by Luuk de Jong, for the 1-0 win.

Real Sociedad 3-1 Real Betis (Guardado subbed in the 65th minute, and Lainez was in the 18, but no minutes)