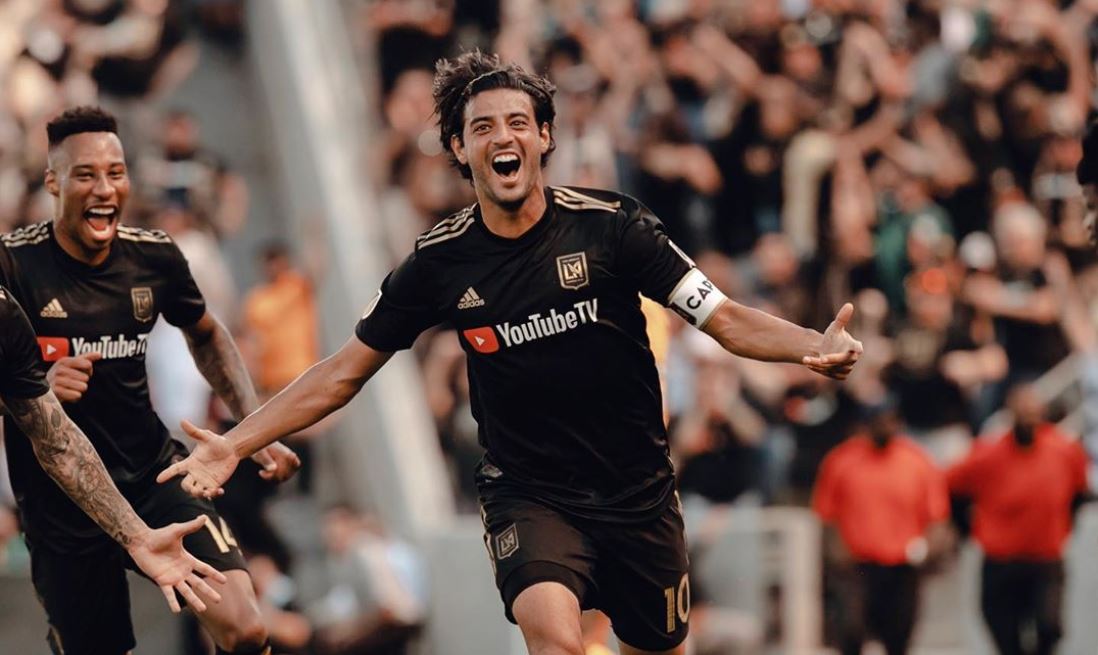 Welcome to our weekly highlight of all things ‘Extranjeros’. It was another week in the leagues abroad. Here are the key points you might’ve missed from our favorite Aztecs:

Vela Breaks The Record in Style

Carlos Vela finished the season with a commanding performance by catapulting his team to a 3-1 victory over the Colorado Rapids, ensuring him the Golden Boot by surpassing Josef Martinez’s previous record of 31 goals. His goals came in the 28th, 31st and 51st minute of play. The first and record-breaking goal was delivered in true Vela fashion off his signature left-footed shot while the second came from a bouncing ball in the center of the box that landed in front of Vela and set him up for an acrobatic scissor kick. Colorado was able to keep the match interesting by adding to the scoreboard in the 40th minute of play.  LAFC has earned a bye week during the playoffs and will play the winner of LA Galaxy vs Minnesota in the West Conference Semifinals.

NEXT MATCH: October 23rd or 24th against the winner of Galaxy or Minnesota (MLS)

Chicharito is Two for Two In Europa League

Javier “Chicharito” Hernández has now scored twice in the two games in this year’s Europa League. After his stunning set play goal against Qarabag a few weeks back, Chicharito added another against Apoel Nicosia in the 17th minute when the Mexican international found the back of the net thanks to a laser pass from Munir El Haddadi to knock in the 1-0 for Sevilla.

CH14 had a few more attempts that were called offside, or within inches of scoring. He was subbed in the 79th minute by Julen Lopetegui to change things up and hopefully add to their lead. However, Sevilla remained at 1-0 after the 90 minutes and took home the three points.

Feyenoord 2-0 Porto (Corona not on the roster)

Hirving “Chucky” Lozano played all 90 minutes as Napoli tied against Genk.  Despite Napoli’s commanding possession of the ball (63%), they were being matched by Genk on shots and shots on target. Lozano did not find his groove until the second half when Dries Mertens entered the game. Both looked to connect on dangerous plays and connected several times to wreak havoc on the field. Besides their numerous attempts, Napoli could not find the net and the scoreboard remained 0-0 until the end. The Gli Azzurri remained on top of the group with 4 points and Liverpool slightly behind with 3 points.

NEXT MATCH: Sat., October 19th against Verona (Serie A)

Álvarez Continued to See Action
Edson Álvarez and his Ajax continue to dominate their group in the Champions League with a commanding six-point lead. De Godenzonen (Sons of the Gods) scored in the opening eight minutes thanks to a solo play from Hakim Ziyech, who took a direct shot from outside the large box. Edson played the full 90 minutes and showed good form, except for one major error. In the 23rd minute, he made a vicious tackle on Portuguese, Gonçalo Guedes, inside the box. Álvarez’s tackle set up a penalty kick for Valencia’s captain, Daniel Parejo. Fortunately for Ajax (and frankly, Edson), Parejo missed the penalty shot going too far right and lost the momentum for Los Ches. Ajax added two more goals, thanks to Quincy Promes and Donny van de Beek.

After several tough defeats, the Wolverhampton Wanderers were in search of a spark once again. Raúl Alonso Jiménez kicked things off with a dangerous counterattack in the 19th minute of play.  RJ9 capitalized on a missed pass from Man City’s defender that left him with two defenders to beat. Thanks to the last-minute effort of defensive Brazilian, Fernandinho, Jiménez was stopped in his tracks. The pressure from the Mexican striker continued, with counterattacks keeping the City defense on edge.  In the 80th minute, Jimenez took on three Man City defenders on the counterattack and delivered a smooth pass to Adama Traoré for the finish.  The duo connected again on a similar play in the 94th minute to put the nail on the coffin. This marked the first time the Wolves have beaten Manchester City away since December of 1979.

Raul Jimenez!!! What a play to give Wolves the assist that lead to the winning goal. Bravo @Raul_Jimenez9! #LigaMXEn #PanchoVillasArmy pic.twitter.com/ivKcgEj8UX