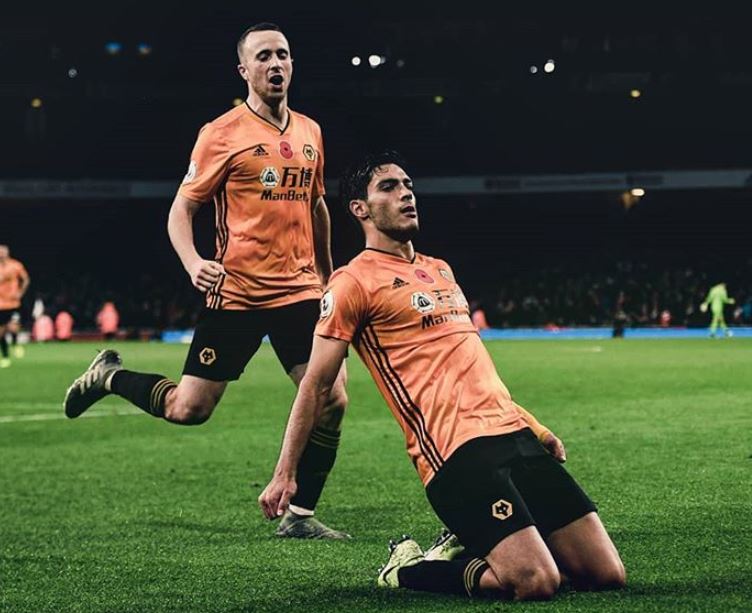 Jiménez To The Rescue

Arsenal played host to Raúl Jiménez’s  Wolverhampton Wanderers. It was a highly contested competition as both teams looked to take the lead and the three points. The Gunners took the lead midway through the first half, thanks to Pierre-Emerick Aubameyang’s 50th club goal. Wolves looked like the better squad for the first 15 minutes, but Arsenal was buying their time. The second half belonged to the Wanderers as they put the Gunners goalkeeper to work when he seized numerous saves. RJ9 was quiet for most of the match until the 76th minute. He got his opportunity and capitalized on it for the equalizer. João Mourinho chipped a cross into the box as Jimenez powered a header into the back of the net. The Wolves remain unbeaten against Arsenal after three league contests.

Raul Jimenez with the equalizer!!! pic.twitter.com/Lbm5q74mA8

The Gli Azzurri’s struggles proceeded to haunt them by tallying one point in two meetings this week. The Blues tied 2-2 against Atalanta and lost to Roma 2-1. Chucky played a modest 59 minutes against Atalanta and 41 minutes against Roma. Lozano gave Napoli hope by adding an assist in the 72nd minute against Roma. Unfortunately for the Azteca (and the Blues), they could not duplicate their run and took the loss. Napoli now sits in 7th place in the standings.

Javier “Chicharito” Hernández continued to add precious minutes for Sevilla and gained the confidence of skipper, Julen Lopetegui. Hernández and Sevilla tied 1-1 against both Valencia and Atletico Madrid. Chicharito got the start against Valencia and was subbed out in the 85th minute. CH14 also made an appearance in the 77th minute against Atletico Madrid. Sevilla continued to add valuable points and stayed in the top five in La Liga.

After a slow start with Atletico Madrid, Héctor Herrera’s patience is starting to pay off. With every minute and start, HH gets an opportunity to showcase his value. Just like Sevilla, Atleti has tied 1-1 in the past two matches against Alavés and Sevilla. HH got the start against Alavés and was subbed out in the 60th minute. Herrera also saw minutes against his paisano, Chicharito, when he was subbed in the 78th minute. HH is looking to continue his recent spike in minutes and become a frequent starter for Diego Simeone.

Real Betis 0-0 Real Madrid (Guardado played all 90 minutes, and Lainez was not on the 18-man roster)

Edson Made a Quick Entrance and Exit

Edson Álvarez made an early entrance for Ajax in the 28th minute against Zwolle. Álvarez came into the game after The Lancers had a commanding 3-0 lead. Edson made an error losing the ball to Gustavo Hamer who took it to the house for a faceoff against their goalkeeper for the score. Edson was subbed out in the 63rd minute due to an injury he sustained from an elbow to the mouth. Both teams were able to score one more time to give Ajax the 4-2 victory over Zwolle.